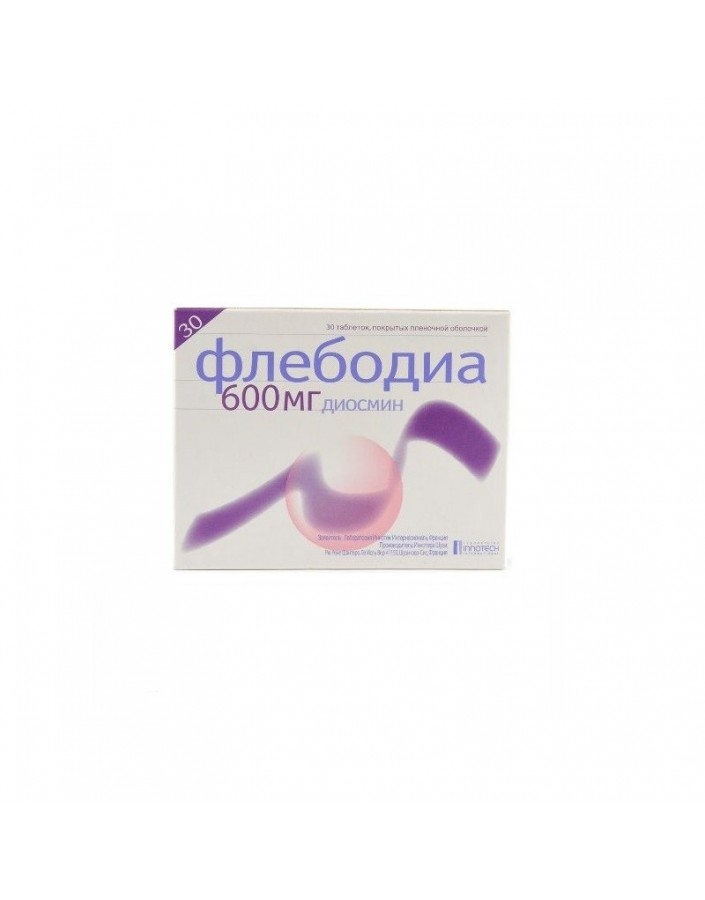 The drug used in violation of the venous circulation. The drug has a phlebotonizing effect (reduces the tensile properties of the veins, increases their tone / dose-dependent effect /, reduces venous congestion), improves lymphatic drainage (increases the tone and frequency of lymph capillary contractions, increases their functional density, reduces lymphatic pressure), improves microcirculation (increases capillary resistance / dose-dependent effect /, reduces their permeability), reduces the adhesion of leukocytes to the venous wall and their migration into para-venous tissues, improves the diffusion of oxygen yes and perfusion in the skin tissue, possesses anti-inflammatory action. Enhances the vasoconstrictor action of epinephrine (adrenaline), norepinephrine (norepinephrine), blocks the production of free radicals, the synthesis of prostaglandins and thromboxane.

Dosing regimen
With varicose veins of the lower extremities and in the initial stage of chronic lymphovenous insufficiency (heaviness in the legs), 1 tab./day is prescribed in the morning before breakfast for 2 months, in severe forms of chronic lymphovenous insufficiency (edema, pain,convulsions) - treatment continues for 3-4 months, in the presence of trophic changes and ulcers - 6 months or more. The course of treatment is repeated after 2-3 months.
When exacerbation of hemorrhoids is prescribed by 2-3 tab. / Day during the meal for 7 days, then, if necessary, you can continue taking 1 tab. 1 time / day for 1-2 months.
In the treatment of chronic lymphovenous insufficiency in the II and III trimesters of pregnancy, 1 tab. 1 time / day and cancel 2-3 weeks before delivery. In the case of missing one or more receptions should continue the use of the drug in the usual dosage.

Side effect
On the part of the digestive system: dyspepsia.
CNS: headache.
Other: rarely - allergic reactions.

Contraindications
children and adolescents (under 18);
hypersensitivity to the drug.

Pregnancy and lactation
Until now, in clinical practice, there have been no reports of any side effects when using the drug in pregnant women. During breastfeeding is not recommended taking the drug, because no data on the penetration of the drug into breast milk.
In experimental studies, no teratogenic effect of the drug on the fetus was detected.

special instructions
Treatment of an acute attack of hemorrhoids is carried out in combination with other drugs, in the absence of a rapid clinical effect, it is necessary to conduct additional examinations and adjust the therapy being conducted.
There is evidence of the possible efficacy of the drug in the treatment of fetoplacental insufficiency, for the prevention of bleeding arising from the use of the intrauterine device and in the period after phlebectomy.

Overdose
Symptoms of an overdose of the drug Phlebodia are not described.