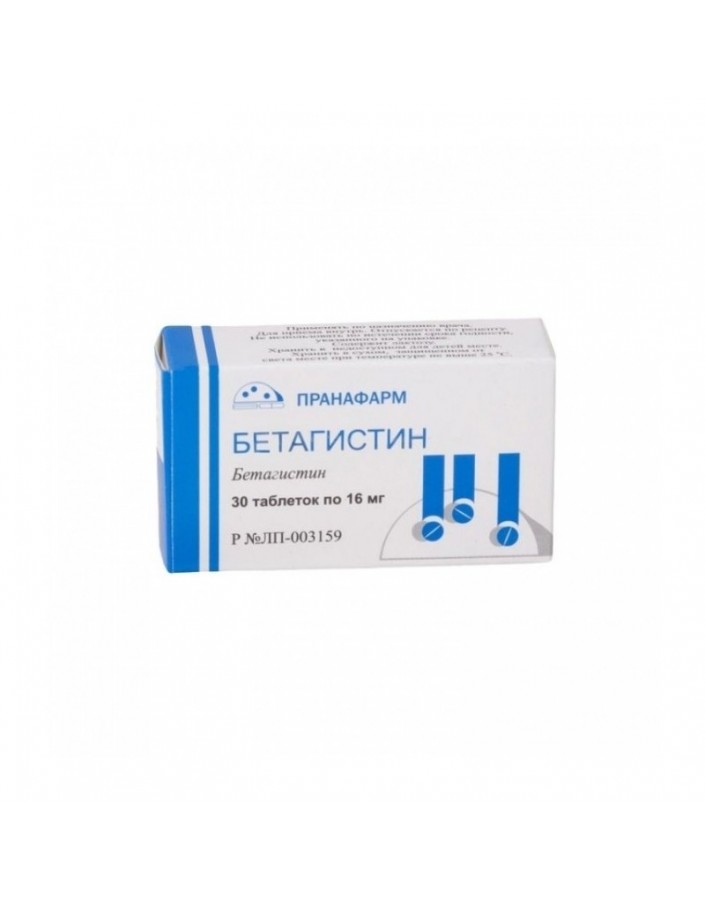 The mechanism of action of betahistine is only partially known. There are several possible hypotheses, confirmed by preclinical and clinical data:

Strengthening the blood flow of the cochlear region, as well as the entire brain:
According to preclinical studies, betahistine improves blood circulation in the vascular strip of the inner ear by relaxing the irscapillary sphincter of the inner ear vessels.It is also shown that betahistine increases the blood flow to the brain in humans.
Facilitating the process of central vestibular compensation
Betahistine accelerates the restoration of vestibular function in animals after unilateral vestibular neurolectomy, accelerating and facilitating central vestibular compensation due to antagonism with H3-histamine receptors.
Recovery time after vestibular neurectomy in humans also decreases.

Excitation of neurons in the vestibular nuclei:
Dozavisimo reduces the generation of action potentials in the neurons of the lateral and medial vestibular nuclei.
Pharmacodynamic properties detected in animals provide a positive therapeutic effect of betahistine in the vestibular system.
The effectiveness of betahistine was demonstrated in patients with vestibular dizziness and Meniere's syndrome, which was manifested by a decrease in the severity and frequency of vertigo.

The binding of betahistine to plasma proteins is less than 5%.

Biotransformation:
After absorption, betahistine is rapidly and almost completely metabolized to form the 2-pyridylacetic acid metabolite (which does not possess pharmacological activity).
The maximum concentration of 2-pyridylacetic acid in plasma (or urine) is reached one hour after ingestion. The half-life is approximately 3.5 hours.

Excretion:
2-peridylacetic acid is rapidly excreted in the urine. When taking the drug in a dose of 8-48 mg, about 85% of the initial dose is found in the urine. Removal of betahistine by the kidneys or through the intestines slightly.

Linearity:
The rate of excretion remains constant when administered orally with 8-48 mg of the drug, indicating the linearity of betahistine pharmacokinetics, and suggests that the metabolic pathway involved is unsaturated.

Hypersensitivity, pregnancy, breastfeeding, child age.
Hypersensitivity to any of the components of the drug.
Children under 18 years (due to lack of data).
The drug should not be taken in patients with lactose intolerance. Lactase deficiency, glucose-galactose malabsorption syndrome (the drug contains lactose).
Pheochromocytoma.

Inside, while eating.
8 mg tablets: 1-2 pills 3 times a day.
Tablets 16 mg: 1/2 pill 3 times a day.
24 mg tablets: 1 pill 2 times a day.
The maximum daily dose is 48 mg.
The dose and duration of treatment should be selected individually depending on the patient's response to treatment.
Improvement is usually noted already at the beginning of therapy, but it can be gradual and manifest even after several weeks of treatment. A stable therapeutic effect in some cases is achieved after several months of treatment.
Dose adjustment in elderly patients, as well as in patients with renal and / or liver failure is not required.

The therapeutic effect in some cases increases within several months from the start of treatment.

From the digestive system:
often (≥1 / 100 to <1/10) nausea, dyspepsia (vomiting, abdominal pain, bloating, diarrhea). As a rule, these effects disappear if you take the drug simultaneously with food or after reducing the dose.
In addition to these effects identified during clinical trials, the following side effects were reported in the process of post-marketing use and in the scientific literature (the available data are insufficient to estimate their frequency).

Antihistamines reduce the activity of betahistine. When used simultaneously with the H1-histamine receptor blockers, the therapeutic effect of betahistine may be reduced.
Cases of interaction or incompatibility with other drugs are unknown.
Based on in vitro data, it can be assumed that there is no inhibition of the activity of cytochrome P450 isoenzymes in vivo.
In vitro data showed inhibition of betahistine metabolism under the action of drugs that inhibit monoamine oxidase (MAO), including MAO subtype B (for example, selegiline). Caution should be exercised while the appointment of betahistine and MAO inhibitors (including MAO-B).

Influence on ability to drive vehicles and work with mechanisms

It does not have a sedative effect and does not affect the ability to drive vehicles or work on machines and mechanisms.

Store in a dry, dark place at temperatures not higher than 25 ° C.
Keep out of reach of children.