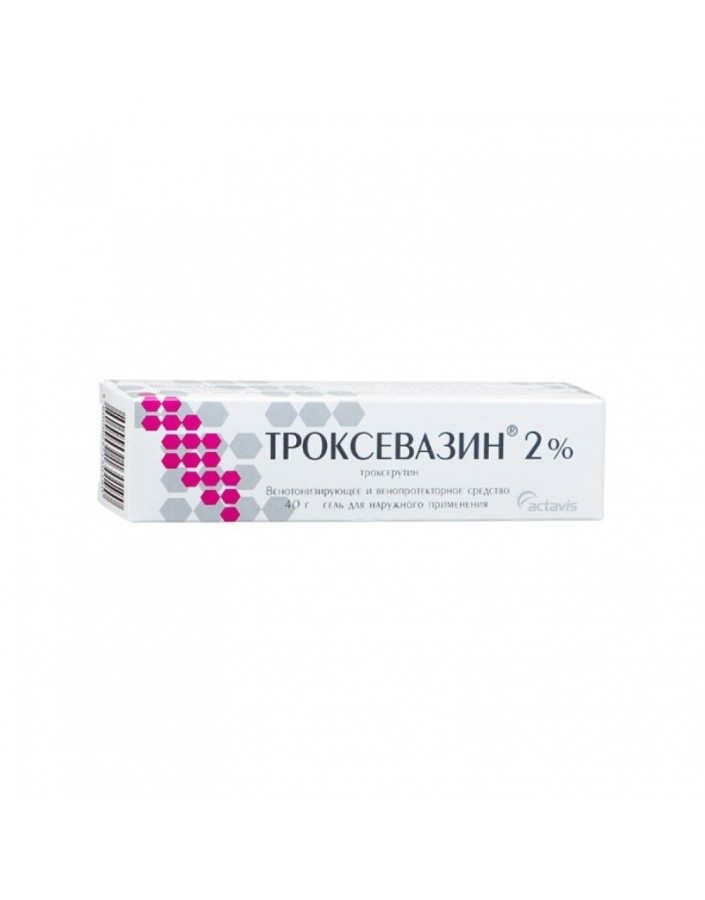 Troxevasin is a mixture of hydroxyethyl derivatives of rutin, in which tri-hydroxyethyl ruthozide, with P-vitamin activity, prevails. Troxevasin has a pronounced venotonic, capillary-tonic, antiexudative and hemostatic effect. The drug reduces the permeability and fragility of capillaries, has anti-edema and anti-inflammatory effect. It blocks the venodilating effect of histamine, bradykinin, acetylcholine. It acts anti-inflammatory on the near-venous tissue, has a pronounced antiplatelet effect. The drug does not have embryotoxic, teratogenic and mutagenic effects.

The gel is applied only on the intact surface.
Avoid contact with open wounds, eyes and mucous membranes!
In conditions characterized by increased vascular permeability (including scarlet fever, influenza, measles, allergic reactions), the gel is used in combination with Ascorbic acid to enhance its effect.
Non-toxic, has a large breadth of therapeutic action.

The gel is applied to the affected area 2 times a day, morning and evening, gently rubbing until completely absorbed. If necessary, the gel can be applied under bandages or elastic stockings.

The success of drug treatment largely depends on its regular use for a long time.

It is recommended to combine with taking Troxevasin capsules to enhance the effects.

In a dry, dark place, at a temperature not higher than 25 ° C. Keep out of the reach of children! Do not allow freezing!