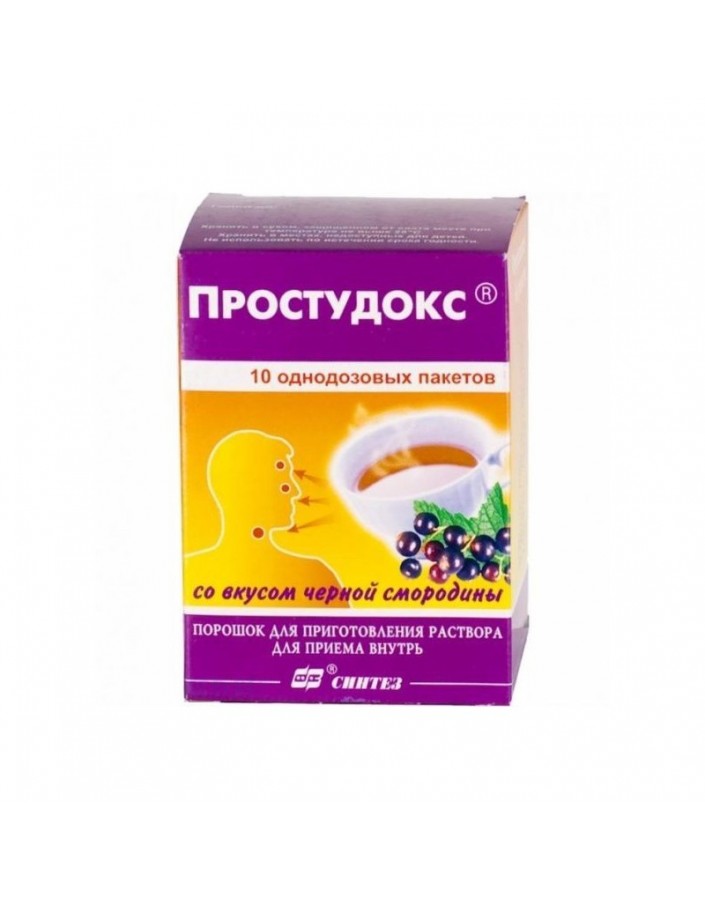 Powder for the preparation of oral solution.

Powder for the preparation of oral solution.

Combined means, the action of which is due to its constituent components; has antipyretic, analgesic, vasoconstrictor effect, eliminates the symptoms of "cold". It constricts the vessels of the nose, eliminates edema of the mucous membrane of the nasal cavity and nasopharynx, compensates for the deficiency of vitamin C in case of "cold" diseases.
Onset of action - 20-30 minutes after administration, duration - 4-4.5 hours.

The contents of one package pour into a glass and fill it with hot water, stir until dissolved, and, if desired, add sugar or honey to taste.
Adults and children over 14 years old: take one packet every 4-6 hours, but not more than 4 packets within 24 hours.
The drug is not recommended to take more than five days without consulting a doctor. If symptoms persist, consult a doctor.

Sometimes allergic reactions are possible: skin rash, itching, urticaria, angioedema.
Rarely - from the blood (thrombocytopenia, leukopenia, agranulocytosis); increased intraocular pressure, nausea, vomiting, epigastric pain, urinary retention.
With prolonged use in excess of the recommended dose, hepatotoxic and nephrotoxic effects may be observed.
Phenylephrine hydrochloride can cause nausea, headache, high blood pressure and, in rare cases, palpitations that pass after discontinuation of the drug.

An overdose of paracetamol appears after taking 10-15 g: symptoms - discomfort in the epigastric region, nausea, vomiting, pallor of the skin, loss of appetite, nausea, vomiting; hepatonecrosis (the severity of necrosis is directly dependent on the degree of overdose); increased activity of "liver" transaminases, an increase in prothrombin time (12-48 hours after administration); A detailed clinical picture of liver damage occurs after 1-6 days. Rarely, liver dysfunction develops with lightning speed and may be complicated by renal failure (renal tubular necrosis).
Treatment: symptomatic, gastric lavage, administration of SH-group donators and precursors of glutathione-methionine synthesis 8–9 hours after overdose, and N-acetylcysteine ​​after 12 hours. Need for additional therapeutic measures (further administration of methionine N-acetylcysteine) is determined depending on the concentration of paracetamol in the blood, as well as the time elapsed after taking it.

Use with other drugs

Stimulants of microsomal oxidation in the liver (phenytoin, ethanol, barbiturates, rifampicin, phenylbutazone, tricyclic antidepressants) increase the production of hydroxylated active metabolites of paracetamol, which makes it possible for severe intoxications to develop with small overdose.
Inhibitors of microsomal oxidation (cimetidine) reduce the risk of hepatotoxic action of the drug.
Paracetamol enhances the effects of monoamine oxidase inhibitors, sedative drugs, ethanol.
Ethanol contributes to the development of acute pancreatitis.
Antidepressants, anti-parkinsonian, antipsychotic drugs, phenothiazine derivatives - the risk of urine retention, dry mouth, constipation.
Glucocorticosteroids - the risk of developing glaucoma.
Phenylephrine reduces the hypotensive effect of guanethidine.
Guanethidine enhances the alpha-adrenostimulating effect, and tricyclic antidepressants increase the sympathomimetic effects of phenylephrine.
Reduces the effectiveness of uricosuric drugs.
When slowing gastric emptying (propanthelin) may be a slow onset of action of the drug. With the acceleration of gastric emptying (metoclopramide), the drug begins to act faster.
May enhance the effect of indirect anticoagulants.

Do not use simultaneously other drugs containing paracetamol, as well as other non-narcotic analgesics, nonsteroidal anti-inflammatory drugs (metamizol, Acetylsalicylic acid, Ibuprofen, etc.), barbiturates, anti-epileptic drugs, rifampicin, chloramphenicol.
The simultaneous use of other medicines must be agreed with the doctor.
Distorts the results of laboratory tests assessing the concentration of glucose and uric acid in plasma.

In the dark place at a temperature of no higher than 25 ° C. Keep out of reach of children.

Shelf life 3 years. Do not use after the expiration date printed on the package.