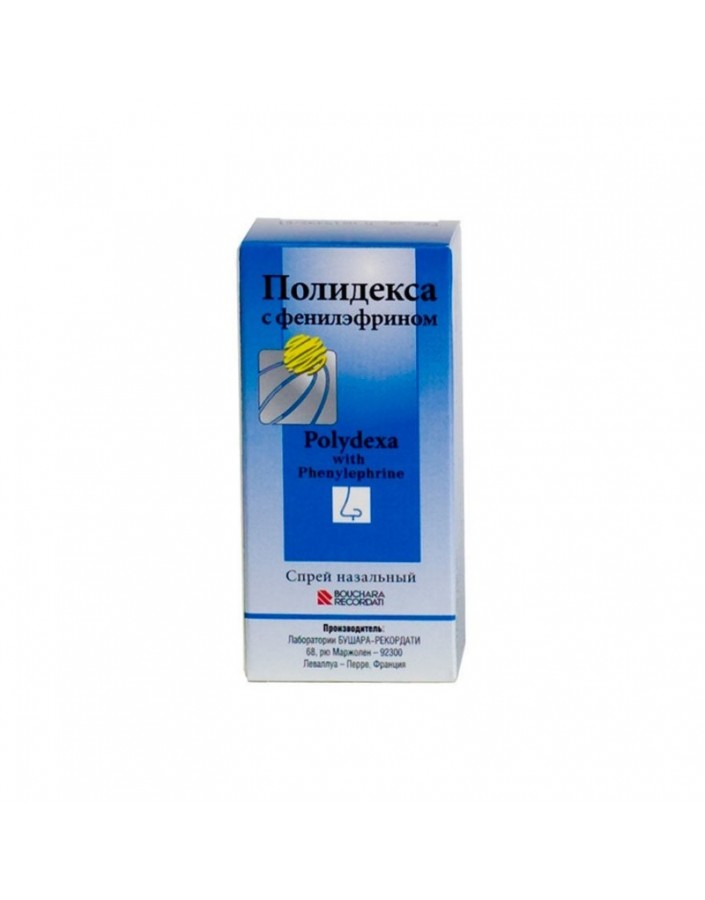 Pharmacokinetic studies of the drug Polydex with phenylephrine were not conducted due to low systemic absorption.

Local treatment of rhinopharyngitis and sinusitis.

- suspicion of angle-closure glaucoma or the risk of its occurrence;
- simultaneous use of MAO inhibitors in connection with the risk of increasing blood pressure;
- kidney disease, accompanied by albuminuria;
- pregnancy;
- lactation (breastfeeding);
- children's age up to 2.5 years (due to the high sensitivity to sympathomimetics);
- hypersensitivity to the drug components or other aminoglycosides (streptomycin, kanamycin, gentamicin).

The drug Polidex with phenylephrine is contraindicated for use during pregnancy and lactation (breastfeeding).

The drug is not prescribed to patients with renal insufficiency.
The drug is used with caution in patients with arterial hypertension, IHD, and hyperthyroidism due to the presence of sympathomimetics.
If the patient’s general condition deteriorates due to an infectious-inflammatory disease, antibiotics can be prescribed for systemic use if necessary.
If you are allergic to neomycin, cross-allergy with aminoglycoside antibiotics is possible.

Due to the low degree of absorption into the systemic circulation, overdose is unlikely.