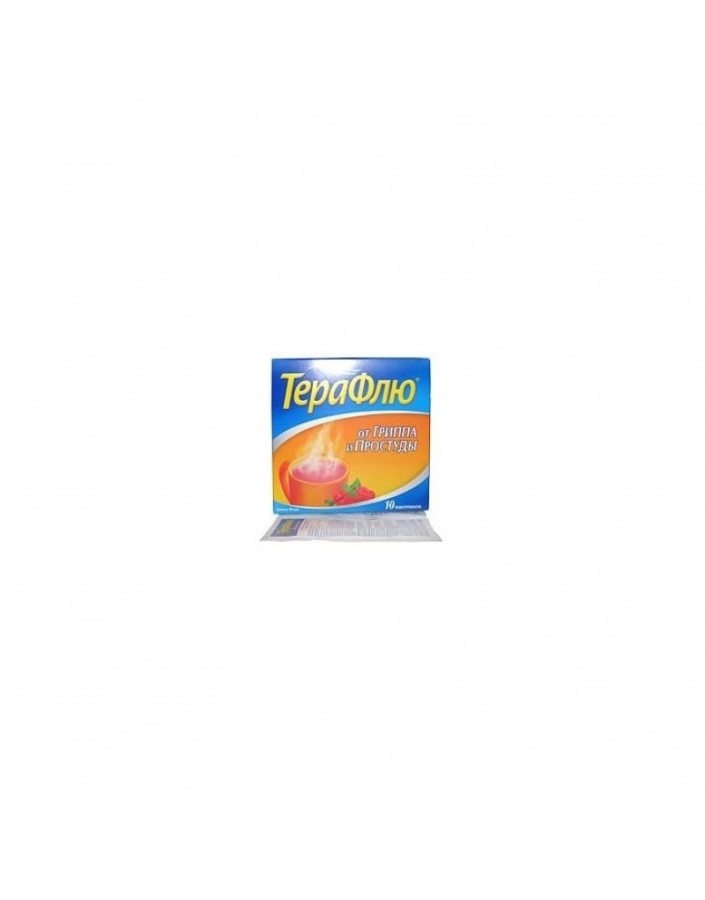 Combined drug.
Paracetamol is an antipyretic analgesic. It has analgesic, antipyretic and anti-inflammatory effect.
Pheniramine - histamine H blocker1-receptors. It has antiallergic effect, reduces the phenomenon of exudation.
Phenylephrine is a sympathomimetic with predominantly alpha adrenergic activity without a pronounced stimulatory effect on the central nervous system in therapeutic doses. It has a vasoconstrictor effect on peripheral vessels. Helps to reduce the swelling of the nasal mucosa.
Ascorbic acid increases the body's resistance to infection.

Assign inside. Single dose - 1 sachet. A repeated dose, if necessary, is taken every 4 hours, but not more than 3 times within 24 hours. The drug can be taken at any time of the day, but the optimal effect develops when taken at bedtime, at night.
Dissolve the contents of 1 sachet in 1 cup of boiled water. Eat hot, you can add sugar to taste.
If within 3 days after the start of the drug is not observed reduction of symptoms, the patient should consult a doctor.

- pregnancy;
- lactation period;
- children's and teenage age up to 15 years;
- hypersensitivity to the individual components of the drug.

The drug is contraindicated for use during pregnancy and lactation.

Use with caution in arterial hypertension, diabetes mellitus, angle-closure glaucoma, severe liver or kidney diseases, lung diseases (including bronchial asthma), difficulty urinating with prostate adenoma, blood diseases, deficiency of the glucose-6-phosphate dehydrogenase enzyme.
If, despite taking the drug, fever persists or repeated fever occurs, the patient should consult a doctor.
In order to avoid toxic damage to the liver when using the drug, patients should avoid drinking alcohol. It should not be prescribed to patients with chronic alcoholism.
It is not recommended to use the drug during therapy with MAO inhibitors.
Do not use the drug in damaged sachets.
Influence on ability to drive motor transport and control mechanisms
When taking the drug is not recommended to drive a car or other mechanisms that require concentration and high-speed psychomotor reactions.

The risk of hepatotoxic action of paracetamol increases with the simultaneous appointment of barbiturates, difenina, Carbamazepine, rifampicin, cidovudine, and other inducers of microsomal liver enzymes.

The preparation should be stored in a place protected from light and moisture at a temperature not exceeding 30 ° C.