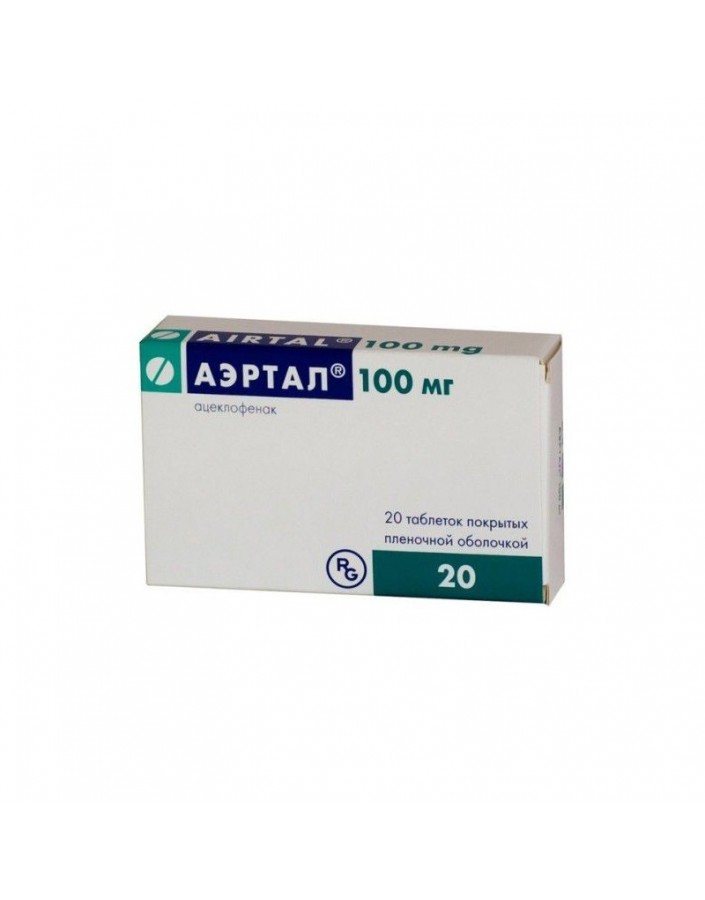 Aertal inhibits the synthesis of PG and thus affects the pathogenesis of inflammation, the occurrence of pain and fever. In rheumatic diseases, the anti-inflammatory and analgesic effect of aceclofenac contributes to a significant decrease in the severity of pain, morning stiffness, and swelling of the joints, which improves the functional state of the patient.

Inside, swallowing whole, washed down with enough liquid.
Adults - usually 1 tab. Aertal (100 mg 2 times a day); 1 tab. in the morning and 1 in the evening.

During the period of treatment with Aertal, the pattern of peripheral blood, liver and kidney functions should be systematically monitored, feces should be examined for blood. Patients taking aertal need to refrain from activities that require increased attention and quick mental and motor reactions, alcohol consumption.

Store in a cool and dark place, protected from light and moisture, at a temperature not higher than 25 ° C. Shelf life - 4 years.