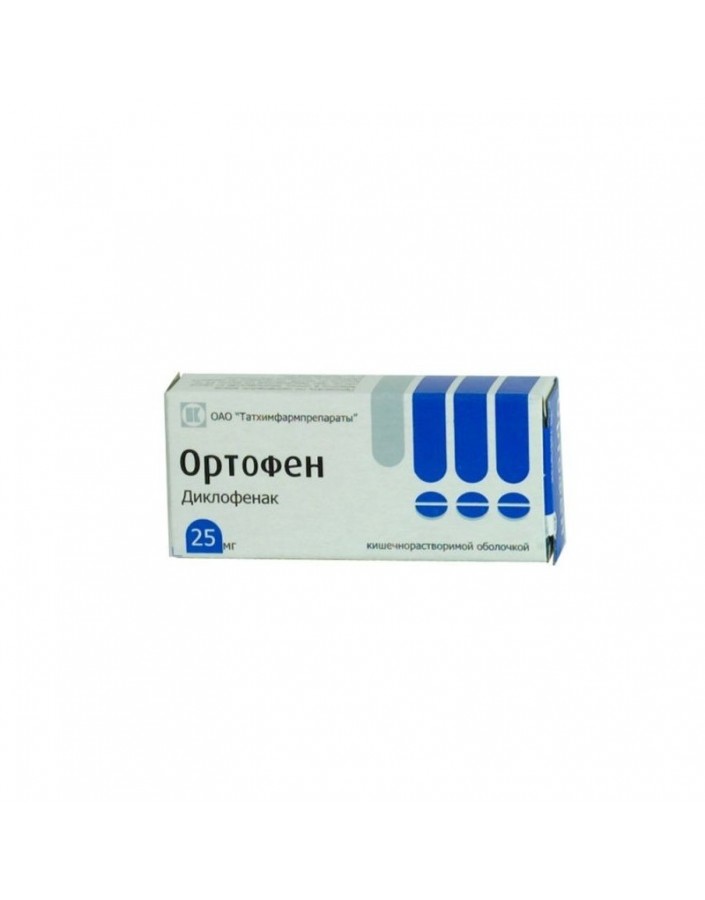 For oral administration for adults, a single dose is 25-50 mg 2-3 times / day. The frequency of administration depends on the used dosage form, the severity of the disease and is 1-3 times / day, rectally - 1 time / day. For the treatment of acute conditions or the relief of exacerbation of a chronic process, apply IM in a dose of 75 mg.

For children over 6 years old and adolescents, the daily dose is 2 mg / kg.

Outwardly used in a dose of 2-4 g (depending on the area of ​​the painful area) at the affected site 3-4 times / day.

When used in ophthalmology, the frequency and duration of administration are determined individually.

Gastrointestinal: nausea, vomiting, anorexia, pain and discomfort in the epigastric region, flatulence, constipation, diarrhea; in some cases - erosive and ulcerative lesions, bleeding and perforation of the gastrointestinal tract; rarely - abnormal liver function. When administered rectally in isolated cases, there was inflammation of the colon with bleeding, exacerbation of ulcerative colitis.

Local reactions: a burning sensation is possible at the site of the injection, in some cases the formation of infiltration, abscess, necrosis of adipose tissue; with rectal administration, local irritation, the appearance of mucous secretions mixed with blood, painful defecation are possible; with external use in rare cases - itching, redness, rash, burning sensation; with topical application in ophthalmology, transient burning sensation and / or temporary blurred vision are possible immediately after instillation.

With prolonged external use and / or application to extensive body surfaces, systemic side effects are possible due to the resorptive action of Diclofenac.

Erosive and ulcerative lesions of the gastrointestinal tract in the acute phase, Aspirin triad, impaired blood formation of unknown etiology, hypersensitivity to diclofenac and components of the dosage form used, or other NSAIDs.

Use during pregnancy and lactation is possible in cases where the potential benefit to the mother outweighs the potential risk to the fetus or newborn.

With extreme caution used in kidney disease in history.

Not recommended for use in children under 6 years.

For indications of a history of allergic reactions to NSAIDs and diclofenac sulphites, they are used only in emergency cases. In the process of treatment requires systematic monitoring of liver and kidney function, peripheral blood pictures.

Rectal administration is not recommended in patients with a history of anorectal disease or anorectal bleeding. Externally should be used only on intact skin.

Diclofenac should be avoided in the eyes (with the exception of eye drops) or on the mucous membranes. Patients using contact lenses should use eye drops no earlier than 5 minutes after removing the lenses.

Not recommended for use in children under 6 years.

During treatment with dosage forms for systemic use, alcohol is not recommended.

During the period of treatment may decrease the speed of psychomotor reactions. If visual clarity deteriorates after applying eye drops, you should not drive a car or engage in other potentially dangerous activities.

With simultaneous use of antihypertensive drugs with diclofenac, it is possible to weaken their action.

There are single reports of the occurrence of seizures in patients who took both NSAIDs and quinolone antimicrobials.

With simultaneous use with GCS increases the risk of side effects from the digestive system.

With simultaneous use with other NSAIDs may increase the risk of side effects.

There are reports of the development of hypoglycemia or hyperglycemia in patients with diabetes mellitus who used diclofenac simultaneously with hypoglycemic drugs.

With simultaneous use with Acetylsalicylic acid may decrease the concentration of diclofenac in the blood plasma.

With simultaneous use may increase the concentration of Digoxin, lithium and phenytoin in the blood plasma.

The absorption of diclofenac from the gastrointestinal tract decreases with simultaneous use with Kolestiramine, to a lesser extent - with Colestipol.

With simultaneous use may increase the concentration of Methotrexate in the blood plasma and enhance its toxicity.

With simultaneous use with pentazocine, a case of a large convulsive seizure has been described; with rifampicin - perhaps a decrease in the concentration of diclofenac in the blood plasma; with Ceftriaxone - the excretion of ceftriaxone with bile increases; with cyclosporine - possible increase in cyclosporine nephrotoxicity.