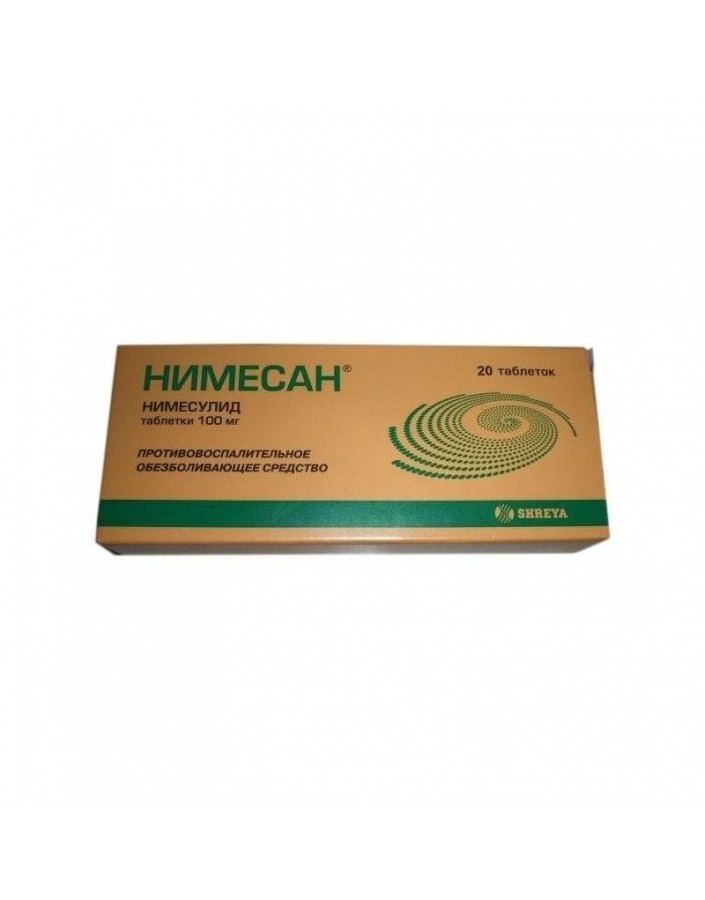 NSAIDs, in the structure of which there is a sulfonylide group. Nimesulide is believed to be a selective COX-2 inhibitor. It has a pronounced anti-inflammatory, as well as analgesic and to a lesser extent antipyretic effect. The mechanism of action is associated with inhibition of prostaglandin synthesis. Inhibits the synthesis of prostaglandins in the area of ​​inflammation to a greater extent than in the gastric mucosa or kidneys, which is caused mainly by inhibition of COX-2.

In addition, in the mechanism of the anti-inflammatory action of nimesulide, its ability to suppress the formation of free oxygen radicals (without affecting hemostasis and phagocytosis) and inhibit the release of the myeloperoxidase enzyme is important.

When applied externally, the physician must be monitored for the condition of elderly patients with impaired renal function, liver, and congestive heart failure.

When used in pediatrics should use dosage forms intended for children. In children under 6 years of age when nimesulide is used externally, medical supervision is required.

Due to the fact that nimesulide can be dizziness and drowsiness when administered orally, it should be used with caution in patients engaged in potentially hazardous activities that require increased concentration and psychomotor reactions.

On the part of the digestive system: heartburn, nausea, stomach pain; in some cases - tarry stools, melena (associated with bleeding and erosive and ulcerative lesions of the gastrointestinal tract).

From the side of the central nervous system: rarely - headaches, dizziness, drowsiness.