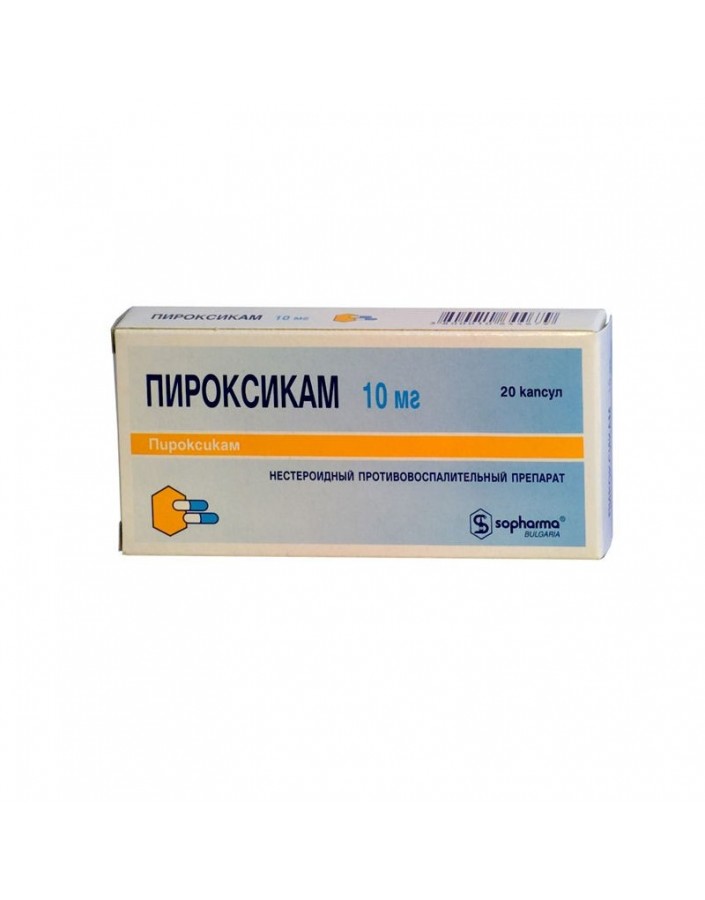 Piroxicam is contraindicated for use during pregnancy and lactation.

Patients with impaired gastrointestinal function, after extensive surgical interventions in old age, patients with bronchial asthma and chronic bronchospastic diseases in history, it is necessary to monitor the cellular composition of blood, kidney and liver function. In women, a decrease in the contraceptive effect of the IUD is possible due to the effect of piroxicam on the tone of the myometrium. Recommendations for use in children are not currently developed.During treatment should be excluded the use of ethanol. Do not apply on damaged skin. Avoid contact with eyes or mucous membranes. During the period of treatment, care must be taken when driving vehicles and engaging in other potentially hazardous activities that require increased concentration and psychomotor speed.

Displaces drugs from the association with blood proteins, reduces the effectiveness of antihypertensive drugs (due to the delay of Na +, K + and water in the body), increases the concentration of phenytoin and Li + drugs. Increases the risk of hyperkalemia when combined with potassium-sparing diuretics and K + donators, the risk of ulceration of the gastrointestinal mucosa with GCS. ASA reduces the concentration of piroxicam in the serum. In combination with anticoagulants, it reduces the ability of platelets to aggregate (risk of bleeding). Myelotoxic drugs increase the hematotoxicity of the drug.