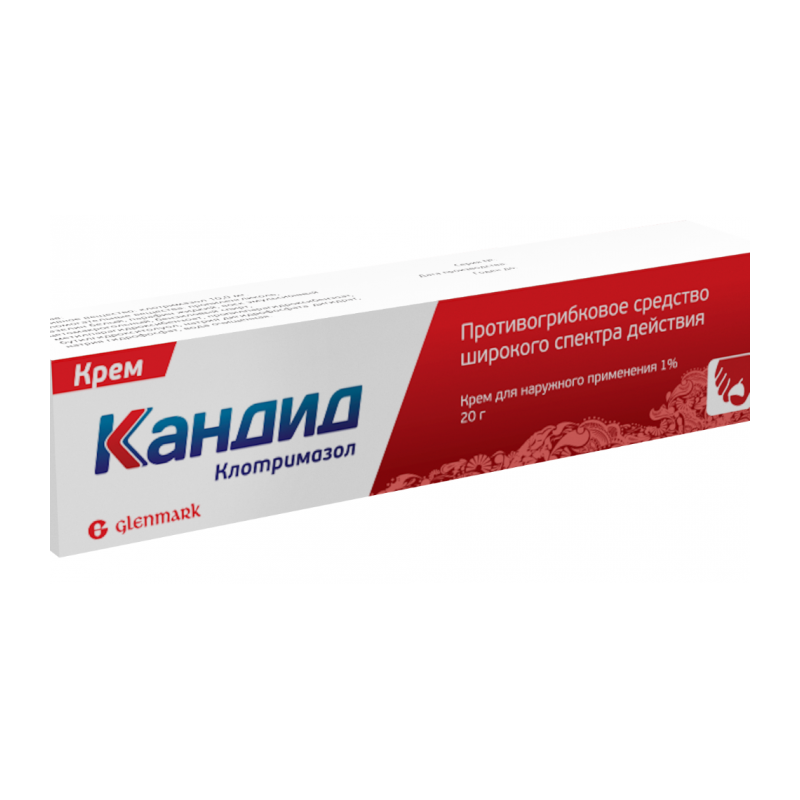 Antifungal broad-spectrum drug for external use; contains as active substance Clotrimazole - imidazole derivative. The mechanism of action is to inhibit the synthesis of ergosterol, necessary for the construction of the cell membrane of fungi, which leads to a violation of its permeability and subsequent cell lysis.
Active against dermatophytes, yeast fungi (genus Candida, Torulopsis glabrata, genus Rhodotorula), mold fungi, as well as the causative agent Pityriasis versicolor (lichen-colored lichen) and the causative agent of erythrasma.
The drug has an antimicrobial effect. Active against some strains of gram-positive bacteria (Streptococcus spp., Staphylococcus spp.), gram-negative bacteria (Bacteroides spp., Gardnerella vaginalis), as well as against Trichomonas vaginalis, Malassezia furfur, Corynebacterium minutissimum.

Clotrimazole has a high penetrating power. With external use of the drug in the epidermis, higher concentrations of clotrimazole are achieved than in the dermis and in the subcutaneous tissue.

The drug is applied in a thin layer on pre-washed (using soap with a neutral pH) and dry affected skin 2-3 times / day.
The duration of treatment is determined individually, depending on the severity and course of the disease, the localization of pathological changes, and the effectiveness of therapy. Usually drug treatment is carried out for at least 4 weeks.
At dermatomycosis of the feet The therapy is recommended to continue for 2 weeks after the disappearance of the clinical symptoms of the disease.
At multi-colored lichen the duration of treatment is on average 1-3 weeks.

Local reactions: rarely - redness, burning sensation and tingling, itching at the site of the drug.

Increased sensitivity to clotrimazole and other components of the drug.

The use of Clotrimazole during pregnancy and lactation (breastfeeding) is possible only when the intended benefits to the mother outweigh the potential risk to the fetus or infant.
AT clinical and experimental studies with external use of clotrimazole, the negative effect of the drug on the health of the woman or the fetus (child) is not established.

The drug is not intended for use in ophthalmic practice.

With simultaneous use with Nystatin, clotrimazole activity may be reduced.