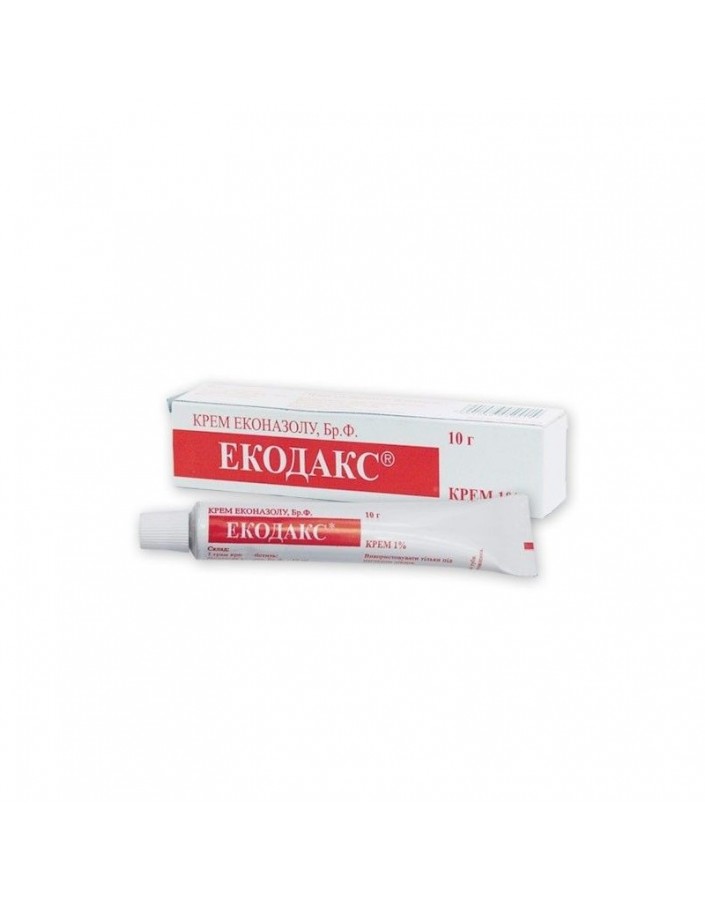 - skin diseases caused by dermatophytes, yeasts or molds that are sensitive to the drug;
- mixed (fungal-bacterial) infections of the skin caused by susceptible microorganisms.

Hypersensitivity and individual intolerance to econazole, as well as other imidazole derivatives.

Use of the drug during pregnancy and lactation is possible only if the intended benefit to the mother outweighs the potential risk to the fetus.

Ecodax is applied with a thin layer 2 times a day on the affected skin and lightly rubbed. The disappearance of itching and redness is noted by the end of the first week of treatment. Duration of treatment is 2-4 weeks. In some cases (hyperkeratosis), the duration of treatment may be increased.

After topical application of Ecodax, the risk of systemic side effects is small, but such unpleasant sensations as redness at the site of application of the cream, burning sensation and itching may occur.