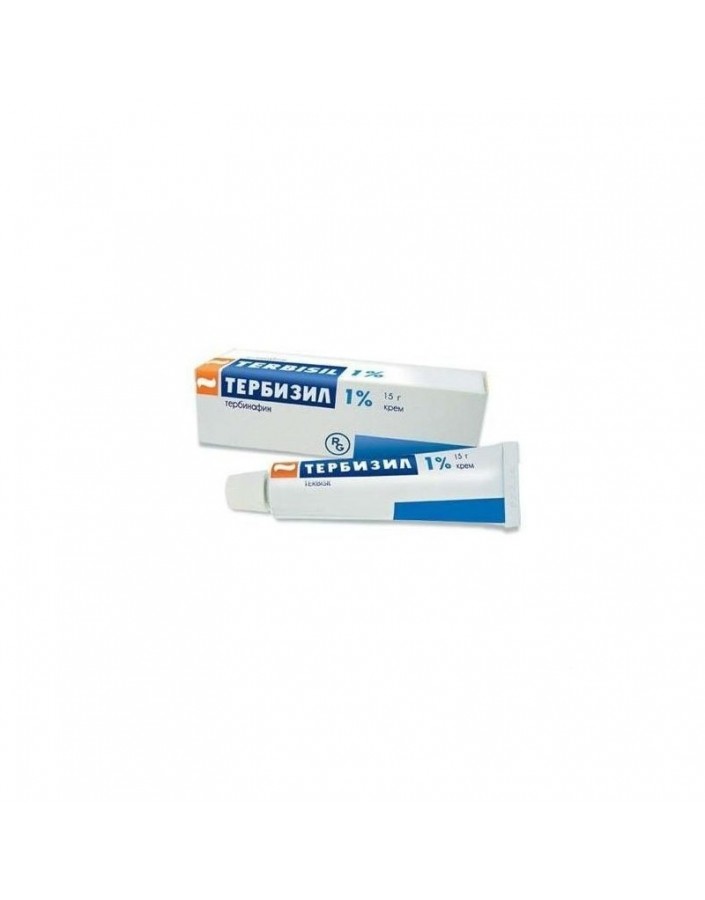 Terbizil - antifungal medication. Terbinafine is an allylamine derivative. It has a wide range of antifungal action. In therapeutic concentrations, terbinafine has a fungicidal effect against dermatophytes, yeast-like fungi and some dimorphic fungi. Activity against yeast fungi, depending on their species, can be fungicidal or fungistatic.

Terbinafine specifically inhibits the early stage of biosynthesis of sterols in the cell of the fungus by inhibiting the enzyme squalene epoxidase in the cell membrane of the fungus. This leads to a deficiency of ergosterol and to the intracellular accumulation of squalene, which causes the death of the fungal cell. Squalene epoxidase does not belong to the cytochrome P450 system; therefore, terbinafine does not affect the metabolism of hormones or other drugs.

The use of the drug in the form of pills for the treatment of multi-colored lichen is ineffective.

The duration of therapy is determined by the nature and severity of the disease. Irregular use or premature discontinuation of treatment leads to a relapse of the disease.

In children over 2 years old 125mg pills are used to treat mycosis of the scalp. Data on the use of the drug in children under 2 years of age (or children weighing less than 12 kg) is not available.
Terbizil appoint 1 time / day. A single dose depends on the body weight of the child.

The duration of effective treatment is 2-12 weeks. The optimal clinical effect is observed several months after mycological cure and cessation of therapy.

apply 1-2 times / day. Before applying the cream must be cleaned and dried the affected areas. The cream is applied with a thin layer on the affected skin and surrounding areas and lightly rubbed. With infections accompanied by diaper rash (under the mammary glands, in the interdigital spaces, between the buttocks, in the groin area), the cream can be applied under the bandage. It is necessary to remove the source of infection.

The average duration of application of the cream is 2-4 weeks.

Gastrointestinal: often - a feeling of fullness in the stomach, loss of appetite, dyspepsia, nausea, mild abdominal pain, diarrhea; rarely, disturbances or loss of taste (recovery occurs within a few weeks after stopping treatment); in some cases - cholestasis, jaundice, hepatitis (although the causal relationship of these disorders with the administration of Terbisil has not been established, in the case of hepatobiliary dysfunction, treatment with the drug should be canceled).
Hemic and lymphatic: in some cases - neutropenia, thrombocytopenia.
Allergic reactions: often - rash, urticaria; in some cases - Stevens-Johnson syndrome, toxic epidermal necrolysis (with the development of progressive skin rash, treatment with Terbisil should be discontinued).

When applying the cream may develop itching, hyperemia at the site of application of the drug.

Hypersensitivity to the drug; pregnancy; lactation (breastfeeding); children's age up to 2 years (for tablets).

Due to the fact that data on the safety of terbinafine use in pregnant women are not available, Terbisil in this category of patients is used only in cases where the expected positive effect outweighs the potential risk.
Terbinafine is excreted in breast milk, so the use of the drug during lactation is contraindicated.

It should be borne in mind that if a patient has abnormal liver function (weakness, nausea of ​​unclear etiology, lack of appetite, jaundice, dark urine or lightening feces) during treatment with Terbisil, the patient should be discontinued.
During treatment, it is necessary to control the level of hepatic transaminases.

Terbisil in the form of a cream is intended for external use only. Avoid getting the cream on the mucous membrane of the eyes. If the cream comes into contact with the eyes, rinse with plenty of water and, if necessary, consult a doctor.
When treating with Terbisil, general hygiene rules should be followed to prevent the possibility of re-infection (through underwear or shoes).

Terbisil has a slight ability to slow down or increase the clearance of drugs that are metabolized by the cytochrome P450 isoenzymes (cyclosporine, tolbutamide, oral contraceptives). Terbinafine excretion can be accelerated by drugs that induce the induction of microsomal liver enzymes (rifampicin). Drugs that inhibit cytochrome P450 isoenzymes (cimetidine) slow down the excretion of terbinafine. If necessary, the simultaneous use of these drugs may require dose adjustment Terbisil.