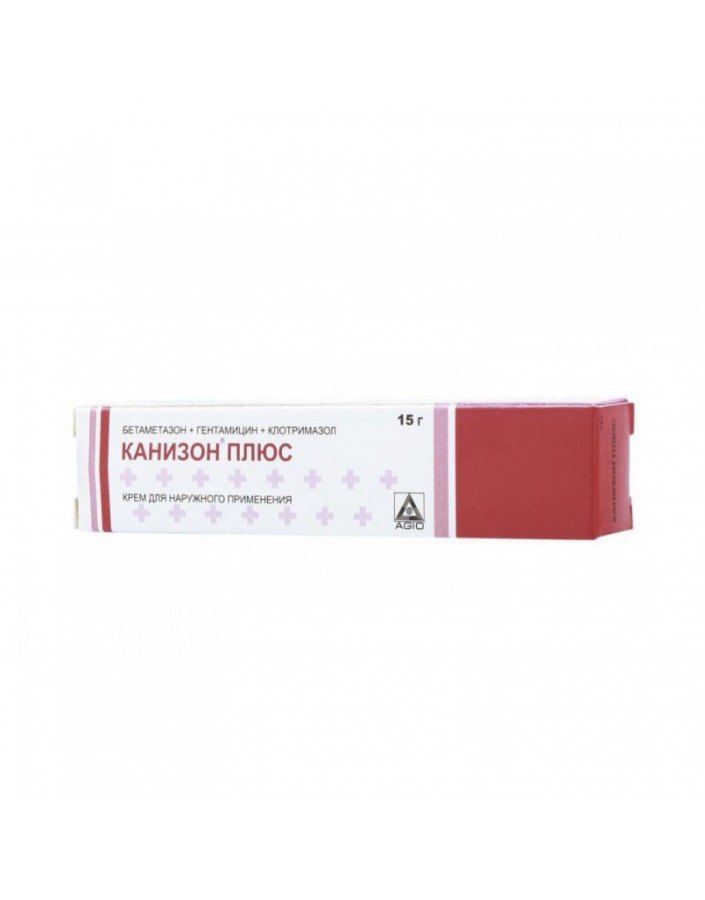 in aluminum tubes of 20 g; in a pack of cardboard 1 tube.

Fungal lesions of the skin and mucous membranes caused by dermatophytes, mold and yeast-like fungi, as well as pathogens sensitive to clotrimazole;

Hypersensitivity to clotrimazole or Canisone excipients.

In clinical and experimental studies it was not established that the use of Canisone during pregnancy or during breastfeeding has a negative impact on the health of the woman or fetus (child). However, the question of the advisability of prescribing the drug should be decided individually after consulting a doctor.

Application of Canisone directly on the mammary gland during breastfeeding is contraindicated.

In rare cases, there are local allergic reactions (redness, burning, itching, tingling in places of application of the drug).

Outwardly. Cream Kanizon recommended to apply 2-3 times a day with a thin layer on pre-cleaned and dry affected skin. For successful treatment it is important to regularly use Canizona. The duration of therapy is individual and depends on the severity and location of the disease. To achieve full recovery, cream treatment should not be stopped immediately after the acute symptoms of inflammation or subjective complaints disappear. The duration of therapy should be on average about 4 weeks. Pityriasis versicolor cured mainly within 1-3 weeks, and erythrasma within 2-4 weeks. In case of fungal diseases of the skin of the legs, it is recommended to continue therapy about 2 weeks after the relief of symptoms of the disease.