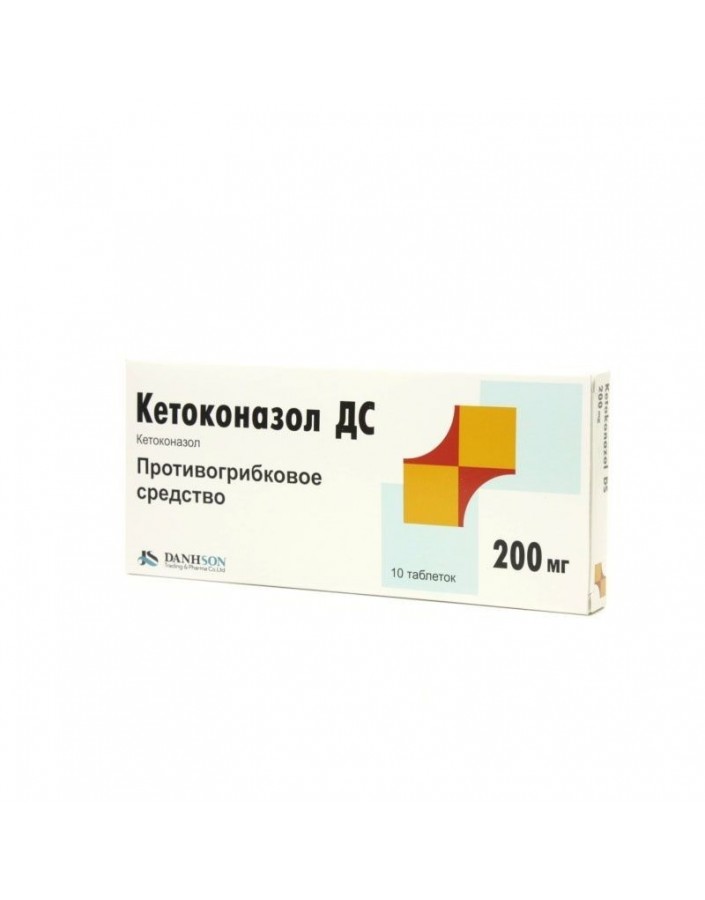 Antifungal agent, has activity against dermatophytes, yeast fungi, dimorphic fungi and eumycetes. It is also active against staphylococci and streptococci. The mechanism of action is to inhibit the synthesis of fungi ergosterol. It prevents the transformation of Candida albicans blastospores into invasive forms.

Fungal infections of the gastrointestinal tract, genital organs, skin, hair (including seborrheic dermatitis), and nails caused by susceptible pathogens. Systemic mycoses. Prevention of fungal infections in patients with an increased risk of their development.

For external and topical administration, the dosing regimen depends on the indications and the dosage form used.

In oral administration, it is necessary to regularly monitor the picture of peripheral blood, the functional state of the liver and kidneys. If GCS was used for the treatment of skin lesions, then Ketoconazole should be prescribed no earlier than 2 weeks later.

With the simultaneous use of ketoconazole with rifampicin and isoniazid, a decrease in plasma ketoconazole concentration is noted.

With simultaneous use of ketoconazole with cyclosporine, indirect anticoagulants and methylprednisolone may increase their concentrations in the blood plasma.