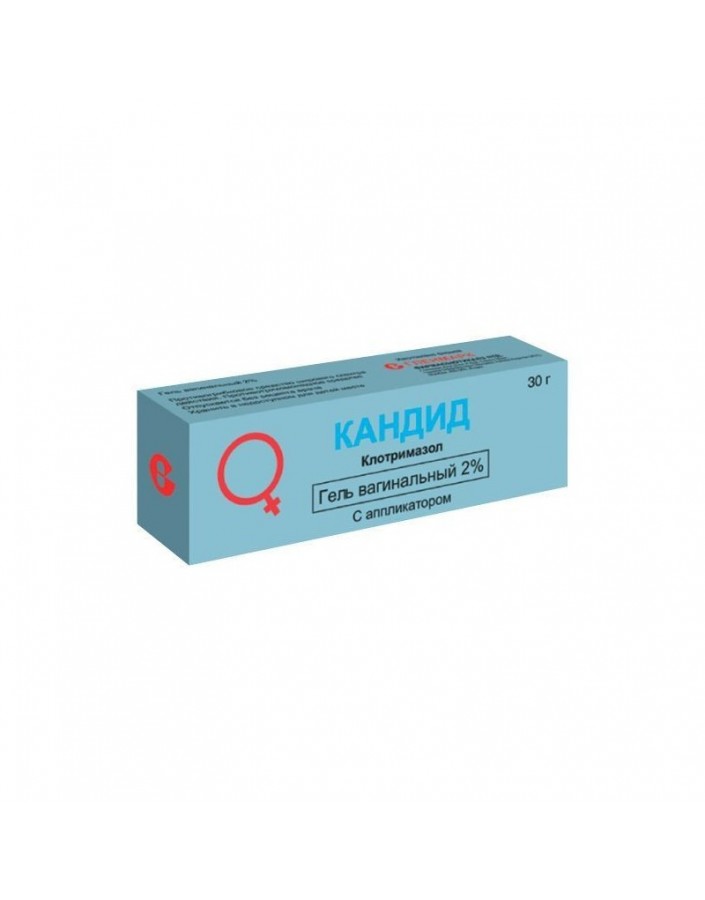 Candid is a drug with a wide range of antifungal action for local use in gynecology. The mechanism of the antifungal action of Clotrimazole (an imidazole derivative) is associated with impaired synthesis of ergosterol, which is part of the cell membrane of fungi, which changes the permeability of the membrane and causes the subsequent lysis of the cell. It acts fungistatically in low concentrations, and fungicidal in high concentrations, and not only on proliferating cells. In fungicidal concentrations, it interacts with mitochondrial and peroxidase enzymes, resulting in an increase in the concentration of hydrogen peroxide to a toxic level, which also contributes to the destruction of fungal cells. It is active against dermatophytes, yeast-like and mold fungi, as well as the pathogen of lichen-colored lichen (Pityriasis versicolor) and the causative agent of erythrasma. It has an antimicrobial effect against gram-positive (staphylococcus, streptococcus) and gram-negative bacteria (Bacteroides, Gardneretla vaginalis), as well as against Trichomonas vaginalis.

Carefully prescribe the drug during lactation.

In clinical and experimental studies it was not established that the use of the drug in the second and third trimester of pregnancy or during lactation (breastfeeding) has a negative impact on the health of the woman or the fetus (child). However, the question of the advisability of prescribing the drug should be decided individually after consulting a doctor.If you need to use the drug during pregnancy, the gel should be injected without the use of an applicator.

Candid is intended for intravaginal use only. A full gel applicator (about 5 g of the drug) is inserted into the vagina, in the supine position and slightly bent legs, daily for 6 days in the evening. A repeated course of therapy is possible only on prescription.

To prevent urogenital reinfection, it is necessary to simultaneously treat sexual partners. In case of trichomoniasis, it is recommended to use systemic drugs (for example, inside metronidazole) at the same time as Candida. Patients with liver failure should periodically monitor the functional state of the liver. If there is evidence of hypersensitivity or irritation, treatment is stopped. Avoid getting the drug on the mucous membrane of the eyes. If there is no effect for 4 weeks, the diagnosis should be confirmed.

The use of the drug Candid in high doses does not cause any reactions and conditions, life-threatening.

The drug should be stored in a dark, out of reach of children at a temperature not exceeding 25 ° C; do not freeze.