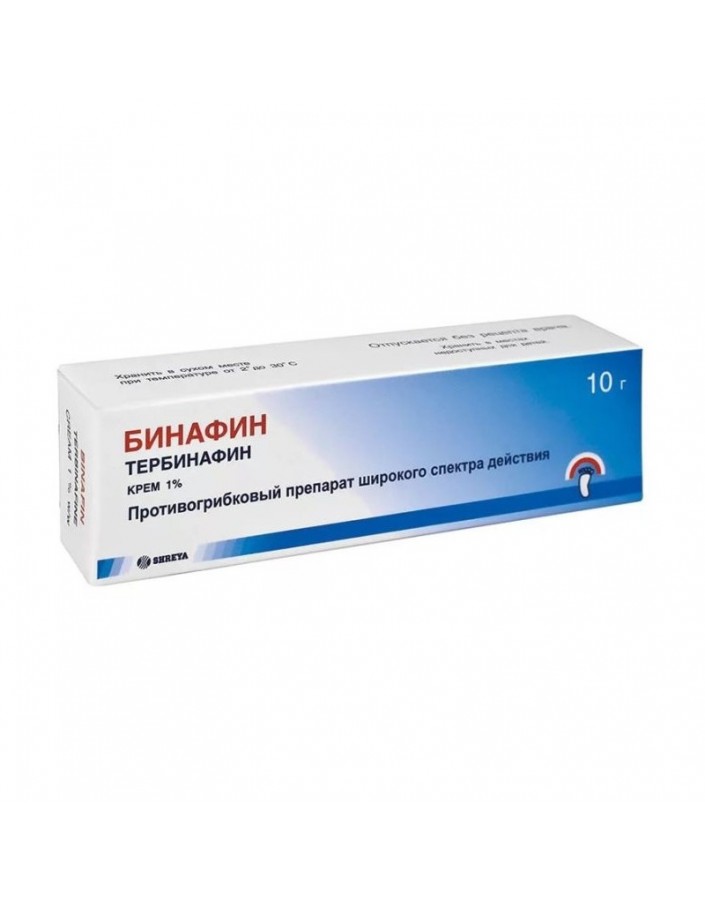 Terbinafine is an allylamine, which has a wide spectrum of action against fungi that cause diseases of the skin, hair and nails, including dermatophytes such as Trichophyton (for example T.rubrum, T.mentagrophytes, T.tonsurans, T.verrucosum, T.violaceum), Microsporum (for example M. canis), Epidermophyton floccosum, and also yeast-like fungi of the genus Candida (for example, Candida albicans) and Pityrosporum. In low concentrations, terbinafine has a fungicidal effect against dermatophytes, mold fungi and some dimorphic fungi. Activity against yeast-like fungi, depending on their species, may be fungicidal or fungistatic.

Terbinafine specifically inhibits the early stage of sterol biosynthesis in the cell of the fungus. This leads to a deficiency of ergosterol and intracellular accumulation of squalene, which causes the death of the fungal cell. The action of terbinafine is carried out by inhibiting the enzyme squalene epoxidase in the cell membrane of the fungus. This enzyme does not belong to the cytochrome P450 system. Terbinafine does not affect the metabolism of hormones or other drugs. With the appointment of Binafina inside the skin, hair and nails are concentrations of the drug, providing a fungicidal effect.

After a single dose of terbinafine orally at a dose of 250 mg Cmax of the drug in the blood plasma is reached after 2 hours and is 0.97 mcg / ml. The period of semi-absorption is 0.8 h; and the half-time is 4.6 hours. A dose adjustment of the drug is not required when taken simultaneously with food. Terbinafine largely binds to plasma proteins (99%), quickly penetrates the dermal layer of the skin and concentrates in the lipophilic horny layer. Terbinafine also penetrates the secret of the sebaceous glands, which leads to the creation of high concentrations in the hair follicles, hair and skin rich in sebaceous glands. It is also shown that terbinafine penetrates into the nail plate in the first few weeks after the start of therapy.

Terbinafine is metabolized rapidly and to a significant extent with the participation of at least seven cytochrome P450 isoenzymes, with the isoenzymes CYP2C9, CYP1A2, CYP3A4, CYP2C8 and CYP2C19 playing the main role. As a result of terbinafine biotransformation, metabolites are formed that do not possess antifungal activity and are excreted mainly in the urine. The final T1 / 2 of the drug - 17 hours. There is no evidence of cumulation of the drug in the body. No changes in plasma Css Bss were found, depending on age, but in patients with impaired renal or liver function, the rate of excretion of the drug can be slowed, which leads to higher plasma concentrations of terbinafine. In pharmacokinetic studies of a single dose of binafine in patients with concomitant liver diseases, the possibility of reducing the clearance of the drug by 50% was shown.

Hypersensitivity to terbinafine or any other component that is part of Binafina.

In rare cases, there was a reddening, itching or burning sensation at the site of application of the drug, but these phenomena rarely led to the need to discontinue treatment. The above symptoms should be distinguished from allergic reactions (such as urticaria) that occur rarely, but when they occur, treatment should be stopped.

Outwardly. Adults and children from 12 years and older can apply Binafine on the skin 1 or 2 times a day. Before applying the cream it is necessary to clean and dry the affected areas. The cream is applied with a thin layer on the affected skin and surrounding areas and lightly rubbed.

For infections accompanied by diaper rash (under the mammary glands, in the interdigital spaces, between the buttocks, in the groin area), the places of application of the cream can be covered with gauze, especially at night.

Reducing the severity of clinical manifestations is usually observed in the first days of treatment.In the case of irregular treatment or its premature termination, there is a risk of re-infection. If after 2 weeks of treatment there are no signs of improvement, the diagnosis should be verified.

Use of the drug in the elderly. There is no reason to assume that elderly people need to change the dosage of the drug or that they have side effects that differ from those of younger patients.

The drug during pregnancy should be used only for very strict indications and if the expected benefit to the mother outweighs the potential risk to the fetus and child. If necessary, the appointment of the drug during lactation should decide on the termination of breastfeeding.

Designed for outdoor use only. Avoid contact with eyes.