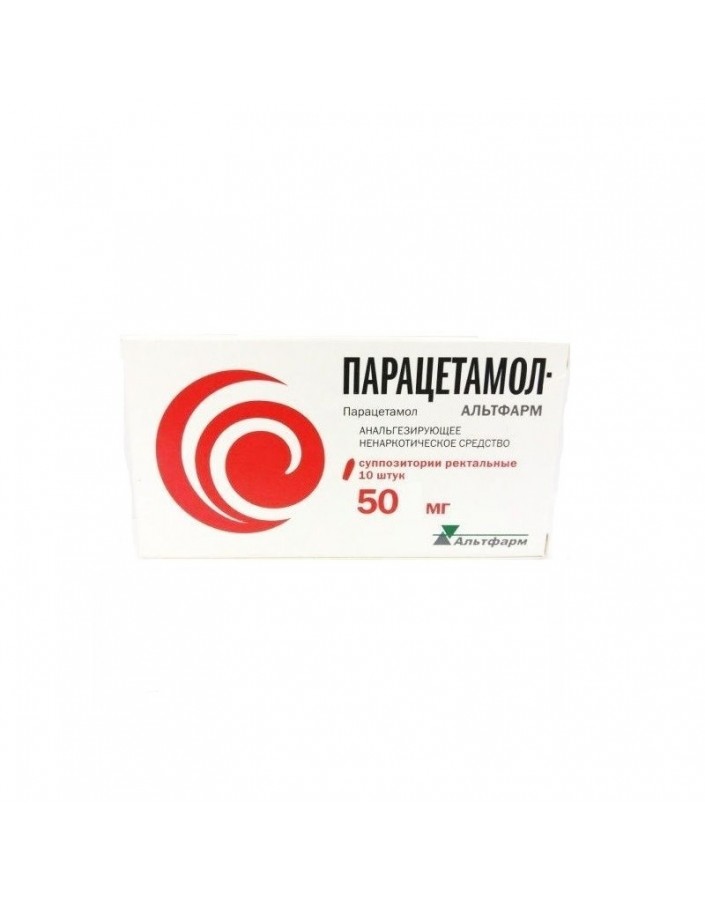 The composition of the drug:

Suppositories are white to white with a creamy or yellowish tinge, torpedo-shaped without visible inclusions in a longitudinal section.

Pharmacodynamics: Paracetamol contained in suppositories has antipyretic and analgesic effects. The drug blocks cyclooxygenase in the CNS, affecting the centers of pain and thermoregulation. The loss of body heat during febrile conditions increases as a result of dilation of blood vessels and increased peripheral blood flow. In inflammatory tissues, cellular peroxidases neutralize the effect of paracetamol on cyclo-oxygenase, which explains the almost complete absence of the anti-inflammatory effect of the drug.
Pharmacokinetics: Oral paracetamol is rapidly and almost completely absorbed from the gastrointestinal tract. The maximum level of concentration in the blood is reached in 30-60 minutes. With the introduction of paracetamol rectal its absorption may be lower than after ingestion.
Paracetamol is quickly and evenly distributed throughout the body’s tissues. 10-15% of the dose taken is bound to plasma proteins. The magnitude of the distribution and bio-tolerance in children and adults are not significantly different. The drug penetrates the placental barrier. Less than 1% of the accepted dose comes to breast milk of nursing mothers.
Paracetamol is metabolized by microsomal liver enzymes, about 80% form conjugates with glucuronic acid and sulfates, up to 17% undergo hydroxylation with the formation of active metabolites, which are conjugated with glutathione. With an overdose or lack of glutathione, these metabolites can cause hepatocyte necrosis.
The half-life of paracetamol is 1.5-2.5 hours. It may increase in patients with severe liver dysfunction and elderly patients. 24 hours after taking 85-90% of paracetamol is excreted in the urine as glucoronides and sulfates, and 3% in unchanged form.
In children up to 10-12 years, the formation of conjugates with sulfates is the main pathway of metabolism and elimination of paracetamol. The likelihood of a hepatotoxic effect in children is lower than in adults. Other pharmacokinetic parameters of adults and children do not differ.

Paracetamol-Altpharm suppositories are used in adults and children from the 3rd month of life (in children from 1 to 3 months of life - only by prescription):
- as a febrifuge in acute respiratory diseases, flu, childhood infections, post-vaccination reactions and other infectious and inflammatory diseases, accompanied by fever.
- as an anesthetic for pain syndrome of weak or moderate intensity, including: headache, toothache, muscle pain, neuralgia, pain due to injuries and burns.

- Hypersensitivity to paracetamol or any other ingredients of the drug.
- Severe liver and kidney function disorders, blood diseases, deficiency of the enzyme glucose-6-phosphate dehydrogenase.
- Pregnancy.
- Children's age up to 1 month of life.
- Acute inflammation or bleeding in the rectum.

The drug should be used with caution in case of impaired liver or kidney function, in elderly patients, in alcoholism, during breastfeeding.
For children up to 3 months of age, suppositories are prescribed only on the recommendation of a doctor.
Do not use the drug in patients with diarrhea.

The drug is used rectally (injected into the rectum). Before using the suppository, it is recommended to empty the intestines.

The average single dose of 500 mg 2-4 times a day; maximum single dose - 1 g (2 suppositories of 500 mg); maximum daily dose - 4 g.
The duration of treatment with paracetamol without consulting a doctor is 3-5 days.

Approximate scheme of dosing suppositories in children, depending on age:

The duration of treatment is not more than 3 days when prescribed as a febrifuge and not more than 5 days as an anesthetic. Further treatment with the drug is possible only after consulting a doctor.

In case of overdose or hypersensitivity to the drug, pallor, anorexia, nausea, vomiting, epigastric pain are noted. Increased liver enzymes, increased prothrombin time, and later - pain in the liver.In severe cases, liver failure, hepatonecrosis, coma, and encephalopathy develop. In these cases, gastric lavage is recommended for the first four hours, administration of energy sorbents, intravenous administration of the antidote N-acetylcysteine, oral administration of methionine. If symptoms of poisoning appear, stop taking the drug and consult a doctor.

Interaction with other drugs:

If the patient is taking other medicines at the same time, consult a doctor.
Reception together with salicylates significantly increases the risk of nephrotoxic action.
If you take paracetamol and barbiturates at the same time, anticonvulsants (phenytoin), tricyclic antidrug agents, rifampicin, Butanedione, and alcohol, the risk of the hepatotoxic effect of the drug increases. Inhibitors of microsomal oxidation (including cimetidine) reduce the risk of hepatotoxic action.
Paracetamol enhances the effect of anticoagulants and reduces the effectiveness of uricosuric drugs.
When using the drug with chloramphenicol toxicity of the latter increases.

Prnaparat "Paracetamol-Altfarm" rectal suppositories should not be administered simultaneously with other drugs containing paracetamol.
When using the drug for more than 7 days, control over the functional state of the liver and the peripheral blood picture is necessary.
If the patient's condition does not improve within 3-5 days, consult your doctor.

Shelf life:
2 years. After the expiration date, the drug is not used.

Storage conditions:
In a dry place protected from light at a temperature not higher than 25 ° C. Keep out of the reach of children.

Pharmacy sales conditions:
Without a prescription.