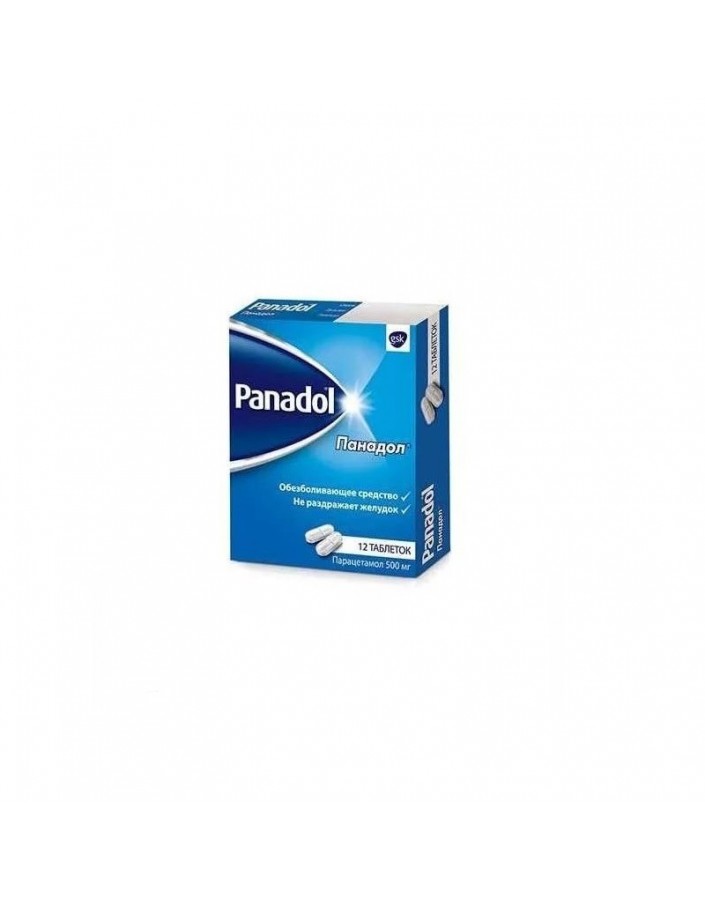 Analgesic antipyretic. It has an analgesic and antipyretic effect. Blocks COX-1 and COX-2 mainly in the central nervous system, affecting the centers of pain and thermoregulation.

Communication with plasma proteins - 15%. Penetrates the BBB. Less than 1% of the Paracetamol dose taken by the nursing mother passes into breast milk. A therapeutically effective concentration of paracetamol in plasma is achieved when it is administered at a dose of 10-15 mg / kg.

T1/2 - 1-4 hours. Excreted by the kidneys as metabolites, mainly conjugates, only 3% unchanged.

In elderly patients, the clearance of the drug decreases and T increases.1/2.

- febrile syndrome (as a febrifuge): increased body temperature against the background of colds and flu.

The drug is designed to reduce pain at the time of use and does not affect the progression of the disease.

The drug is not recommended to be used for more than 5 days as an anesthetic and more than 3 days of an antipyretic without prescription and observation by a doctor. Increasing the daily dose of the drug or the duration of treatment is possible only under medical supervision.

In recommended doses, the drug is usually well tolerated.

Allergic reactions: sometimes - a rash on the skin, itching, angioedema.

With caution and only under the supervision of a physician should use the drug during pregnancy and lactation.

WITH caution should use the drug for liver failure.

WITH caution should use the drug for renal failure.

Contraindications: children up to 6 years.

WITH caution should use the drug in old age.

With long-term use in high doses, control of the blood picture is necessary.

With caution and only under the supervision of a physician should use the drug for diseases of the liver or kidneys, while taking antiemetic drugs (metoclopramide, domperidone), as well as drugs that lower cholesterol in the blood (colestiramine).

In the case of the daily need for taking analgesics while taking anticoagulants, paracetamol can be taken occasionally.

When conducting tests for the determination of uric acid and the level of glucose in the blood should warn the doctor about taking Panadol.

In order to avoid toxic damage to the liver, paracetamol should not be combined with the intake of alcoholic beverages, as well as be taken by persons prone to chronic alcohol consumption.

The drug should be taken only in recommended doses. If you exceed the recommended dose, you should immediately seek medical help, even with good health, as there is a risk of delayed serious damage to the liver.

- regular use of alcohol in excess;

Treatment: stop using the drug and immediately consult a doctor. It is recommended gastric lavage and reception of enterosorbents (activated carbon, polyphepan); the introduction of SH-group donators and precursors of the synthesis of glutathione - methionine after 8-9 hours after overdose and N-acetylcysteine ​​- after 12 hours. The need for additional therapeutic measures (further introduction of methionine, IV the concentration of paracetamol in the blood, as well as the time elapsed after taking it. Treatment of patients with severe liver dysfunction 24 hours after taking paracetamol should be carried out in conjunction with experts from a poison control center or a specialized department of liver diseases.

Prolonged use of paracetamol and other NSAIDs increases the risk of developing "analgesic" nephropathy and renal papillary necrosis, the onset of end-stage renal failure.

The simultaneous long-term administration of paracetamol in high doses and salicylates increases the risk of developing kidney or bladder cancer.

The drug, when taken for a long time, enhances the effect of indirect anticoagulants (warfarin and other coumarins), which increases the risk of bleeding.

Metoclopramide and Domperidone increase, and Kolestiramin reduces the rate of absorption of paracetamol.

Ethanol with simultaneous use with paracetamol contributes to the development of acute pancreatitis.

The drug can reduce the activity of uricosuric drugs.