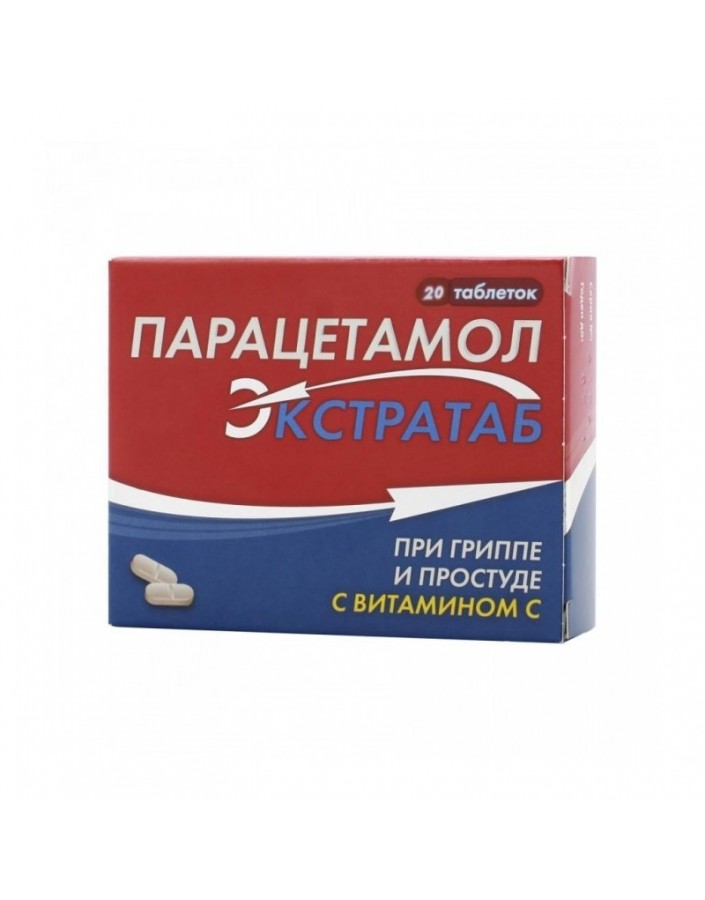 Paracetamol has analgesic and antipyretic effects. The drug blocks cyclooxygenase 1 and 2 mainly in the central nervous system (CNS), affecting the centers of pain and thermoregulation. In the inflamed tissues, cellular peroxidases neutralize the effect of paracetamol on cyclooxygenase, which explains the almost complete absence of its anti-inflammatory effect. The drug does not adversely affect the water-salt metabolism (sodium and water retention) and the mucous membrane of the gastrointestinal tract (GIT), due to the lack of influence on the synthesis of prostaglandins in peripheral tissues. The drug in the form of a warm drink is easy to use in patients with inflammatory diseases of the oropharynx, since the administration of drugs in solid dosage forms is difficult. The possibility of the formation of methemoglobin is unlikely.
Ascorbic acid (vitamin C) is not formed in the human body, comes only with food.
Physiological functions: it is a cofactor of some hydroxylation and amidation reactions — it transfers electrons to enzymes, providing them with a reducing equivalent. Participates in reactions hydroxylation of proline and lysine residues procollagen to form hydroxyproline and hydroxylysine (postranslyatsionnaya collagen modification), the oxidation of the side chains of lysine in proteins to form gidroksitrimetillizina (during synthesis kartinita) oxidation of folic acid to folinic, drug metabolism in liver microsomes and hydroxylation dopamine with the formation of norepinephrine.
Increases the activity of amidating enzymes involved in the processing of oxytocin, antidiuretic hormone and cholysistokinin. Participates in steroidogenesis in the adrenal glands.
The main role at the tissue level is participation in the synthesis of collagen, proteoglycans and other organic components of the intercellular substance of the teeth, bones and the endothelium of capillaries.

Symptoms (caused by ascorbic acid): diarrhea, nausea, irritation of the gastrointestinal tract mucosa, flatulence, abdominal pain of a spastic nature, frequent urination, nephrolithiasis, insomnia, irritability, hypoglycemia. Symptoms (caused by paracetamol): during the first 24 hours after ingestion - pallor of the skin, nausea, vomiting; anorexia, abdominal pain; impaired glucose metabolism, metabolic acidosis, and abnormal liver function may appear 12-48 hours after overdose. In severe overdose - liver failure with progressive encephalopathy, coma, death; acute renal failure with turbulent necrosis (including in the absence of severe damage to the liver); arrhythmia, pancreatitis. Hepatotoxic effect in adults appears when taking 10 g or more. Rarely, liver failure develops with lightning speed and may be complicated by renal failure (tubular necrosis). Treatment: administration of SH-group donators and precursors of glutathione synthesis - methionine - within 8-9 hours after overdose and acetylcysteine ​​- within 8 hours. The need for additional therapeutic measures (further introduction of methionine, intravenous administration of acetylcysteine) is determined depending on the concentration paracetamol in the blood, as well as from the time elapsed after administration, symptomatic, forced diuresis.

Do not exceed the recommended dose of Paracetamol Extra.
With hyperthermia, lasting more than 3 days, and pain syndrome for more than 5 days, consultation of the doctor is required.
After 5 days of use of Paracetamol EXTRA, control of the picture of peripheral blood and the functional state of the liver is necessary.
Paracetamol distorts laboratory test results in the quantitative determination of plasma glucose and uric acid concentrations. In order to avoid toxic damage to the liver, paracetamol should not be combined with the intake of beverages containing alcohol, as well as being taken by persons prone to alcohol abuse.
There is evidence that the frequent use of drugs containing paracetamol, leads to worsening symptoms of bronchial asthma.
Paracetamol Extra contains sucrose, so the drug is not recommended for patients with congenital fructose intolerance, glucose-galactose malabsorption syndrome or sucrase-isomaltase deficiency.

In a dry, dark place at a temperature not higher than 25 ° C.