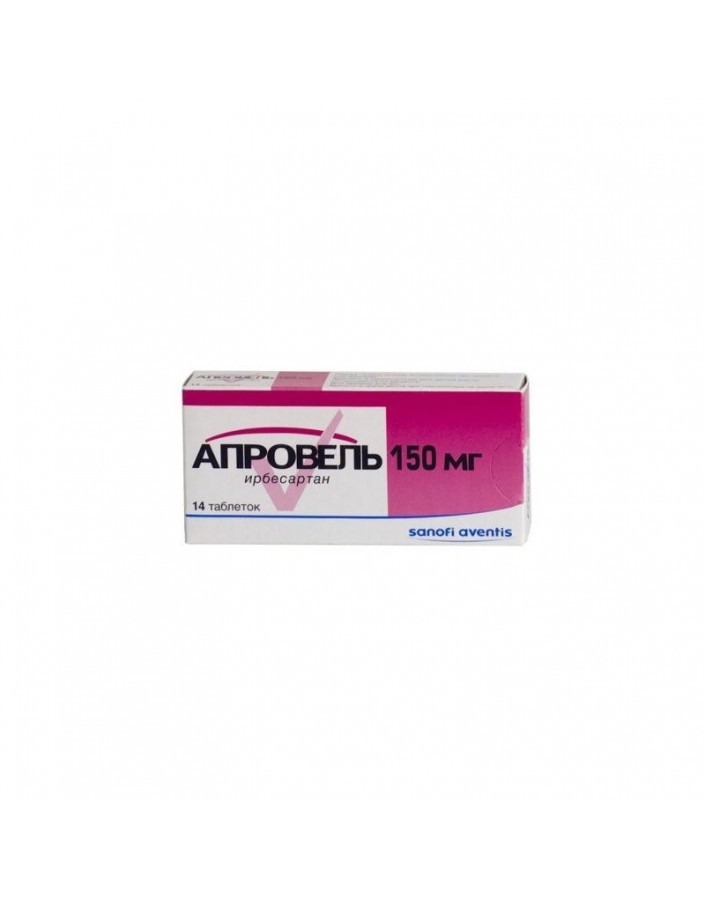 When applying the recommended doses of Aprovel, the concentration of potassium ion in the serum does not change significantly. Irbesartan does not inhibit kininase II, through which the formation of angiotensin II and the destruction of bradykinin to inactive metabolites. To show its effect, irbesartan does not require metabolic activation.

Arterial hypertension; treatment of nephropathy in patients with hypertension and type 2 diabetes mellitus (as part of combination antihypertensive therapy).

- hereditary intolerance to galactose, lactase deficiency or impaired absorption of glucose and galactose;
- pregnancy;
- lactation period;
- children's and teenage age up to 18 years (efficiency and safety are not established);
- hypersensitivity to the drug.

Aprovel should be taken orally, the pill is swallowed whole, washed down with water. The initial and maintenance dose is 150 mg 1 time / day. regardless of the meal.

With dehydration and / or deficiency of sodium ions (as a result of intensive treatment with diuretics, diarrhea or vomiting, restriction of salt intake from food), as well as in patients on hemodialysis, clinically significant hypotension may develop, especially after taking the first dose of the drug. These pathological conditions must be corrected before starting to use Aprovel.