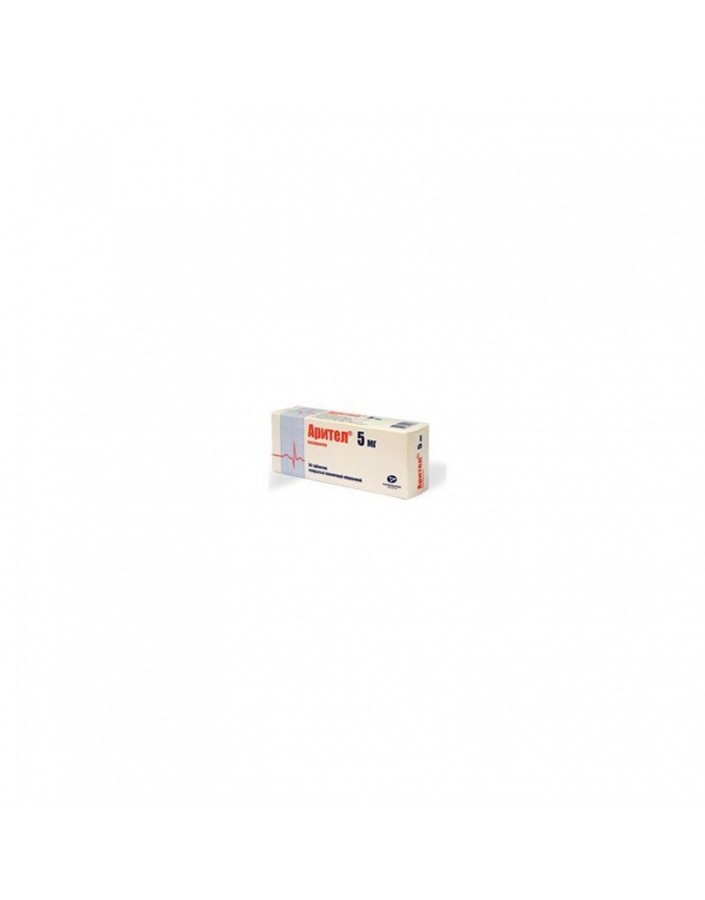 The use of the drug during pregnancy and lactation is possible only in the case when the intended benefits to the mother outweigh the potential risk to the fetus. When using Aritel during pregnancy, the fetus may have intrauterine growth retardation, hypoglycemia, bradycardia.

Monitoring patients receiving Aritel should include measuring heart rate and blood pressure (at the beginning of treatment - daily, then once every 3-4 months), conducting an ECG, determining blood glucose in patients with diabetes mellitus (1 time 4-5 month). In elderly patients, it is recommended to monitor renal function (1 time in 4-5 months). Patient should be trained in how to calculate heart rate and instruct on the need for medical consultation with heart rate.

Allergens used for immunotherapy or allergen extracts for skin tests increase the risk of severe systemic allergic reactions or anaphylaxis in patients receiving Bisoprolol.Iodine-containing radiopaque drugs for iv administration increase the risk of Anaphylactic reactions. Phenytoin with the on / in the introduction, drugs for inhalation general anesthesia (derivatives of hydrocarbons) increase the severity of the cardiodepressive action and the likelihood of a decrease in blood pressure. Changes the effectiveness of insulin and oral hypoglycemic drugs, masks the symptoms of developing hypoglycemia (tachycardia, increased blood pressure). The hypotensive effect is weakened by NSAIDs (delayed Na + and blockade of Pg synthesis by the kidneys), GCS and estrogens (delayed Na +). Cardiac glycosides, methyldopa, reserpine and guanfacine, BMCC (verapamil, diltiazem), Amiodarone and other antiarrhythmic drugs increase the risk of developing or worsening bradycardia, AV blockade, cardiac arrest and heart failure. Nifedipine can lead to a significant decrease in blood pressure. Diuretics, clonidine, sympatholytics, hydralazine and other antihypertensive drugs can lead to an excessive decrease in blood pressure. Lengthens the action of non-depolarizing muscle relaxants and the anticoagulant effect of coumarins. Three - and tetracyclic antidepressants, antipsychotic drugs (neuroleptics), ethanol, sedatives and hypnotic drugs increase the depression of the central nervous system. It is not recommended simultaneous use with MAO inhibitors due to a significant increase in the hypotensive effect, the interval in treatment between taking MAO inhibitors and bisoprolol should be at least 14 days. Unhydrogenated ergot alkaloids increase the risk of developing disorders of the peripheral circulation.Ergotamine increases the risk of developing impaired peripheral circulation; rifampicin shortens T1 / 2.

Symptoms: arrhythmia, ventricular premature beats, severe bradycardia, AV blockade, marked reduction in blood pressure, chronic heart failure, cyanosis of the finger or palm nails, difficulty in breathing, bronchospasm, dizziness, fainting, convulsions.
Treatment: gastric lavage and prescription absorbent drugs. Symptomatic therapy: with developed AV-blockade in / in 1-2 mg of atropine, epinephrine or staging of a temporary pacemaker; for ventricular premature beats, Lidocaine (class 1a drugs are not used); with a decrease in blood pressure, the patient should be in the Trendelenburg position, in the absence of signs of pulmonary edema - in / in plasma-substituting solutions, with ineffectiveness - administration of epinephrine, dopamine, dobutamine (to maintain chronotropic and inotropic action and eliminate marked reduction in blood pressure); in heart failure - cardiac glycosides, diuretics, glucagon; with convulsions - in / in diazepam; with bronchospasm - inhalation beta2-adrenostimulators.

The drug should be stored out of the reach of children, dry, protected from light, at a temperature not exceeding 25 ° C.