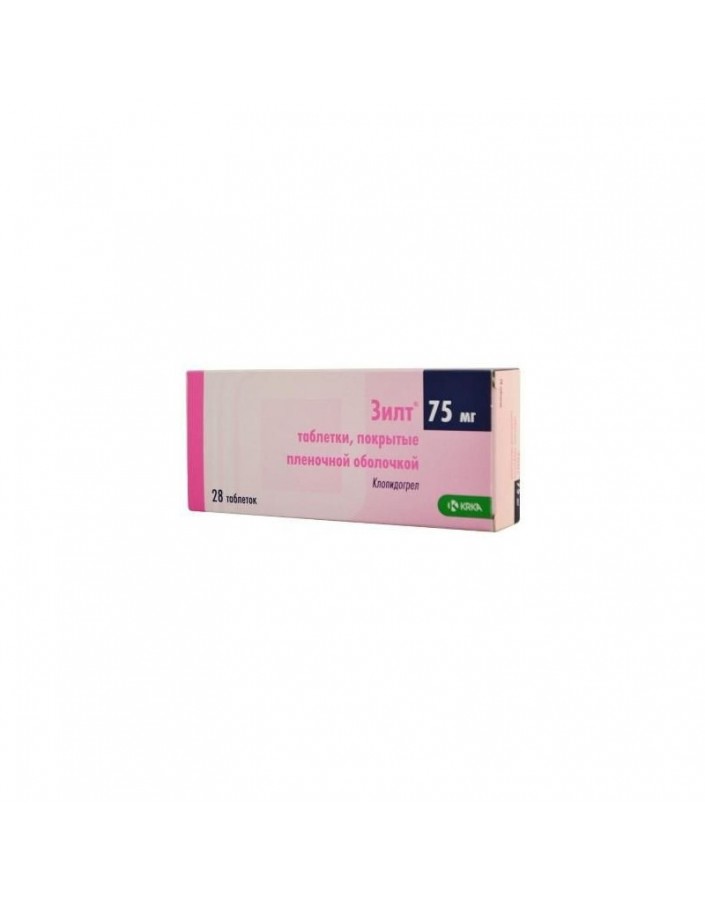 Zylt - antiplatelet. Clopidogrel prevents the binding of adenosine phosphate (ADP) to the receptors located on the surface of platelets, and the activation of GP IIb / IIIa complex. This leads to inhibition of ADP-dependent platelet aggregation. It also leads to inhibition of platelet aggregation under the influence of other stimuli; the effect of ADP produced in each activated platelet is reduced, and the aggregation of the remaining platelets is stimulated. The effect of clopidogrel lasts throughout the life of the platelet, the platelet function is restored 7-10 days after discontinuation of clopidogrel.

hypersensitivity to clopidogrel and / or any of the components of Zilt;

The drug should be taken orally, regardless of the meal. The recommended dose of Zilta for adults (including elderly patients) is 75 mg / day (table 1).

In patients with myocardial infarction, Zylt treatment should not begin in the first few days after a heart attack. Clopidogrel prolongs bleeding time. Zilt should be administered with caution to patients with an increased risk of bleeding after injuries, operations or as a result of other pathological conditions, as well as patients with a tendency to bleeding (especially gastrointestinal and intraocular hemorrhages). Clopidogrel treatment should be discontinued at least 7 days before the planned surgical intervention (including dental procedures).

The drug should be stored in a dry, dark place at temperatures not above 20 ° C.