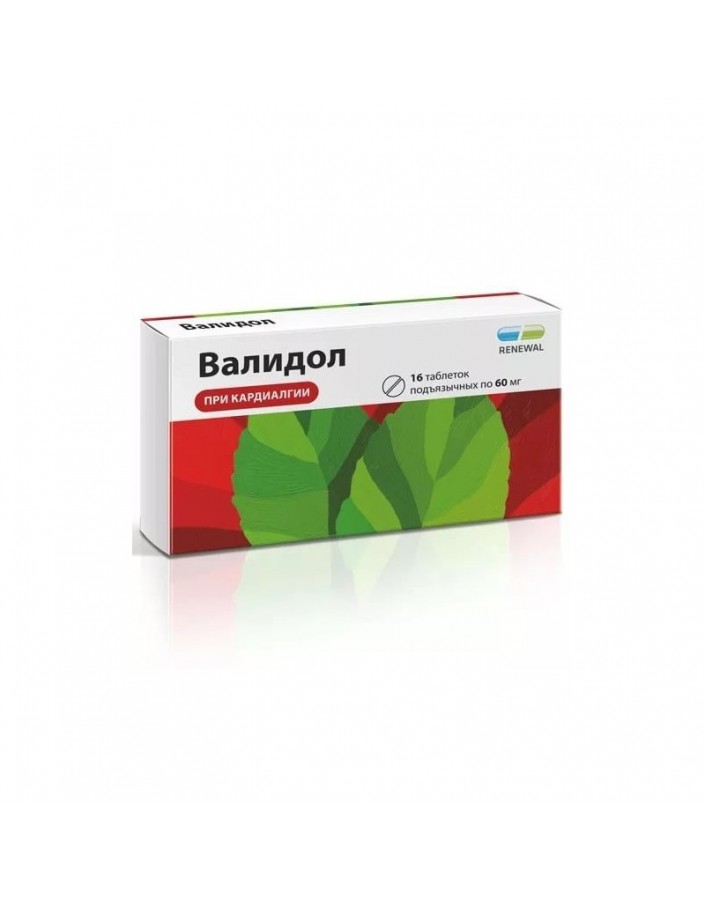 Validol has a moderate reflex vasodilating effect, has a sedative effect (it has a calming effect on the central nervous system).
The action of the drug is largely due to reflex reactions associated with the stimulation of sensitive nerve endings. Validol in its action is close to menthol. Irritation of mucosal receptors is accompanied by stimulation of the formation and release of enkephalins, endorphins, dinorphins and peptides, which play an important role in the regulation of pain, vascular permeability and other processes. Under the influence of irritants, a number of other endogenous physiologically active compounds are released (histamine, kinins, etc.). With sublingual administration, the effect of the drug develops after 5 minutes.

Increased individual sensitivity to the components of the drug.
Severe hypotension.

With the admission of validol in isolated cases there may be mild tearing, lacrimation, dizziness; these phenomena usually quickly pass on their own.