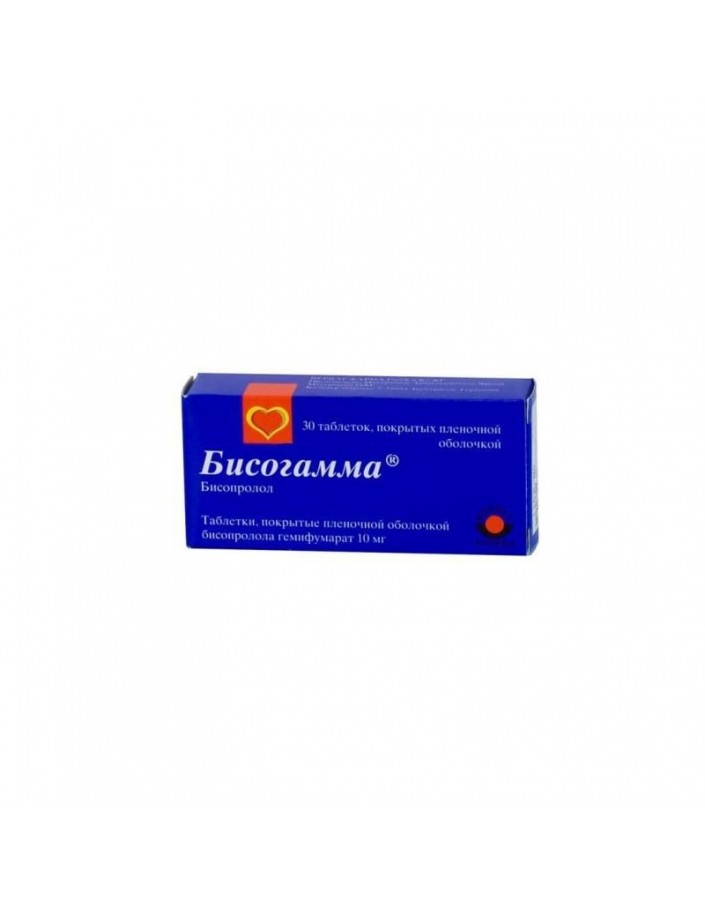 For elderly patients dose adjustment is not required.

On the part of the respiratory system: nasal congestion, difficulty breathing when administered in high doses (loss of selectivity) and / or in predisposed patients - laryngo and bronchospasm.

Musculoskeletal system: back pain, arthralgia, cramps in the calf muscles.

From the reproductive system: weakening of libido, reduced potency.

- severe forms of bronchial asthma and other obstructive respiratory diseases;

- simultaneous administration of MAO inhibitors (with the exception of inhibitors of MAO type B);

WITH caution It should be prescribed to patients with liver failure, chronic renal failure, myasthenia, thyrotoxicosis, diabetes mellitus, AV-blockade of I degree, psoriasis; with indications of a history of depression, allergic reactions; elderly patients.

Prescription of the drug during pregnancy and lactation is possible only in the case when the intended benefits to the mother outweigh the potential risk to the fetus or infant.

Precautions should be prescribed to patients with hepatic insufficiency.

Precautions should be prescribed to patients with chronic renal failure.

Use in children under 18 years of age is contraindicated.

Precautions should be prescribed medication to elderly patients.

Monitoring patients taking the drug Bisogamma®, includes measurement of heart rate and blood pressure (at the beginning of treatment - daily, then 1 time in 3-4 months), ECG, determination of blood glucose levels with concomitant diabetes mellitus (1 time in 4-5 months). In elderly patients it is recommended to monitor renal function (1 time in 4-5 months). The patient should be trained in the method of counting heart rate and instructed on the need for medical consultation with a heart rate of less than 50 bpm.

Before starting treatment, it is recommended to conduct a study of the function of external respiration in patients with a burdened bronchopulmonary history.

In approximately 20% of patients with stenocardia, beta-blockers are ineffective. The main reasons are severe coronary atherosclerosis with a low ischemic threshold (HR less than 100 beats / min) and an increased end-diastolic volume of the left ventricle, which violates the subendocardial blood flow.

When using the drug in patients with pheochromocytoma, there is a risk of development of paradoxical arterial hypertension (unless an effective blockade of α-adrenoreceptors is previously achieved).

In diabetes Bisogamma® may mask tachycardia caused by hypoglycemia. Unlike non-selective beta-adrenergic blockers, insulin-induced hypoglycemia practically does not increase and does not delay the restoration of glucose concentration in the blood to normal levels.

If it is necessary to conduct a planned surgical treatment, the drug Bisogamma® should be canceled 48 hours before general anesthesia begins. If the patient took the drug before the operation, he should choose a drug for general anesthesia with minimal negative inotropic effect.

Drugs that reduce the supply of catecholamines (including reserpine) can enhance the action of beta-blockers, so patientsthose taking such combinations of drugs should be under constant medical supervision for timely control of pronounced decrease in blood pressure or bradycardia.

Cardioselective adrenoblockers can be prescribed to patients with bronchospastic diseases in case of intolerance and / or ineffectiveness of other antihypertensive drugs. Overdose is dangerous for the development of bronchospasm.

In case of an increase in bradycardia (less than 50 beats / min) in elderly patients, a pronounced decrease in blood pressure (systolic blood pressure below 100 mm Hg), AV blockade, it is necessary to reduce the dose or stop treatment.

You can not abruptly interrupt treatment because of the risk of severe arrhythmia and myocardial infarction. Cancellation is carried out gradually, reducing the dose for 2 weeks or more (reduce the dose by 25% in 3-4 days).

When used in combination with clonidine, its administration can be stopped only a few days after the abolition of bisoprolol.

In smoking patients, the effectiveness of beta-blockers is lower.

Patients using contact lenses should take into account that with Bisogamma treatment, a reduction in the production of tear fluid is possible.

The drug should be discontinued before the examination of the content in the blood and urine of catecholamines, normetanephrine and vanillimindal acid, titers of antinuclear antibodies.

During the treatment period, patients should take care when driving vehicles and engaging in other potentially hazardous activities that require increased concentration and psychomotor speed.

Treatment: gastric lavage and prescription absorbent drugs. Symptomatic therapy: with advanced AV-blockade - in / in the introduction of 1-2 mg of atropine, epinephrine or staging a temporary pacemaker; with ventricular extrasystole - Lidocaine (class IA drugs are not used). With a decrease in blood pressure, the patient should be in the Trendelenburg position; if there are no signs of pulmonary edema - in / in plasma-substituting solutions, with ineffectiveness - administration of epinephrine, dopamine, dobutamine (to maintain chronotropic and inotropic action and eliminate pronounced decrease in blood pressure); in heart failure - cardiac glycosides, diuretics, glucagon; with convulsions - in / in diazepam; with bronchospasm - beta2-adrenostimulators inhalation.

Phenytoin with the on / in the introduction, drugs for inhalation general anesthesia (hydrocarbon derivatives) increase the severity of the cardiodepressive action and the likelihood of blood pressure reduction in patients receiving bisoprolol.

Bisoprolol reduces the clearance of lidocaine and xanthines (except for difillin) and increases their plasma concentration, especially in patients with initially elevated clearance of theophylline under the influence of smoking.

With simultaneous use with Nifedipine , a significant decrease in blood pressure is possible.

When used simultaneously with bisoprolol, diuretics, clonidine, sympatholytics, hydralazine and other antihypertensive drugs can lead to an excessive decrease in blood pressure.

Bisoprolol prolongs the action of non-depolarizing muscle relaxants and the anticoagulant effect of coumarins.

It is not recommended simultaneous use with MAO inhibitors due to a significant increase in the hypotensive effect, the interval in treatment between taking MAO inhibitors and bisoprolol should be at least 14 days.

Unhydrogenated ergot alkaloids (including ergotamine) with simultaneous use with bisoprolol increase the risk of developing peripheral circulatory disorders.

Sulfasalazine increases the concentration of bisoprolol in the blood plasma.

List B. The drug should be kept out of the reach of children at a temperature not exceeding 25 ° C.