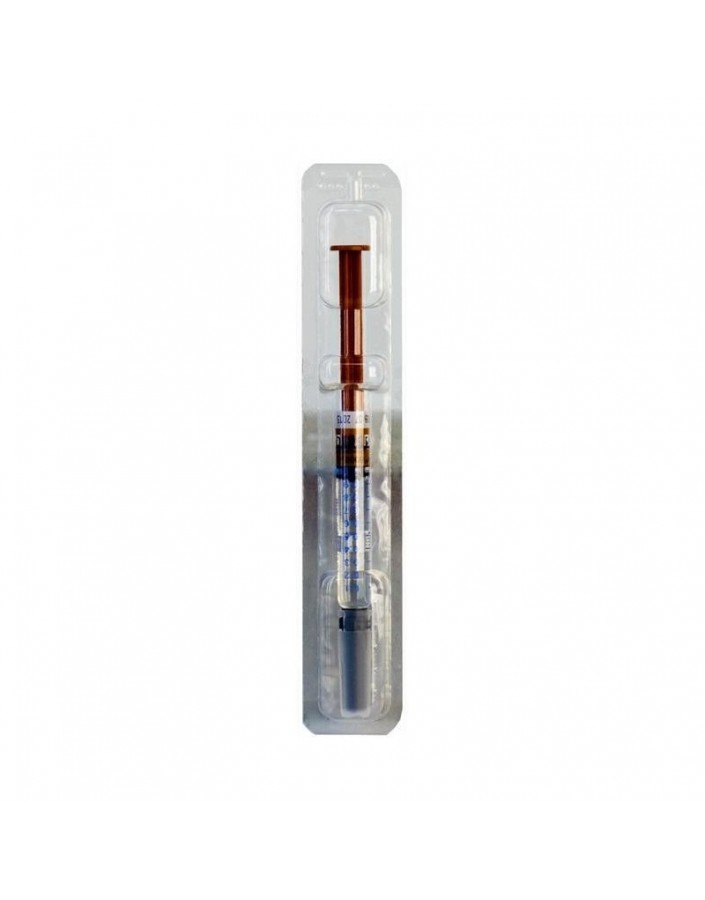 Clexane is a low molecular weight Heparin preparation (molecular weight of about 4,500 daltons), obtained from standard heparin by depolymerization method under special conditions.
The drug is characterized by high activity against coagulation factor Xa (thrombinokinase) and low activity against coagulation factor IIa (thrombin). When using the drug in doses used for the prevention of venous thrombosis, almost no effect on bleeding time, clotting time and activated partial thromboplastin time (APTT). No effect on platelet aggregation.

- prevention of venous thrombosis and thromboembolism, especially in orthopedics and general surgery;
- treatment of deep vein thrombosis in combination with pulmonary thromboembolism or without it;
- prevention of hypercoagulation in the extracorporeal circulation system during hemodialysis;
- treatment of unstable angina and myocardial infarction without ST-segment elevation on an ECG (in combination with acetylsalicylic acid);
- prevention of venous thrombosis and thromboembolism in patients with acute therapeutic diseases on bed rest (chronic heart failure of the third or fourth functional class according to the NYHA classification, acute respiratory failure, acute infection, acute rheumatic diseases in combination with one of the risk factors of venous thrombosis).

- conditions and diseases where there is a high risk of bleeding (threatening abortion, cerebral aneurysm or dissecting aortic aneurysm / except for surgical intervention /, hemorrhagic stroke, uncontrolled bleeding, severe enoxaparin- or heparin-induced thrombocytopenia);
- age up to 18 years (efficacy and safety have not been established);
- hypersensitivity to enoxaparin, heparin and its derivatives, including other low molecular weight heparins.
The use of the drug in pregnant women with artificial heart valves is not recommended.
with caution used under the following conditions: hemostatic disorders (including hemophilia, thrombocytopenia, hypocoagulation, von Willebrand's disease), severe vasculitis, gastric ulcer and duodenal ulcers, or other erosive and ulcerative lesions of the gastrointestinal tract, recent ischemic stroke, uncontrolled severe arterial hypertension, diabetic or hemorrhagic retinopathy, severe diabetes, recent or suspected neurological or ophthalmic surgery, spinal or epidural anesthesia (potential risk of hematoma), spinal puncture (recently transferred), recent labor, bacterial endocarditis (acute or subacute), pericarditis or pericardial effusion, renal and / or hepatic lesions, intrauterine contraception, severe trauma (especially the central nervous system), open wounds with a large wound surface, simultaneous administration of drugs affecting the system emostaza.

Clexane should not be used during pregnancy unless the intended benefits to the mother outweigh the potential risk to the fetus. There is no information that enoxaparin sodium penetrates the placental barrier in the second trimester, there is no information regarding the first and third trimesters of pregnancy.
When applying Clexane during lactation, breastfeeding should be stopped.

The drug Clexane is injected s / c. The drug can not be administered in / m!
Forprevention of venous thrombosis and thromboembolism patients with moderate risk are prescribed Clexane at 20–40 mg (0.2–0.4 ml) s / c 1 time / day. The drug begins to be administered 2 hours before the operation and continue prophylaxis, as long as there is a risk of thromboembolic complications (usually within 7-10 days or more if the risk of thrombosis remains).Patients with high risk are prescribed 40 mg (0.4 ml) n / a 1 time / day and the first dose is administered 12 hours before the operation or 30 mg (0.3 ml) n / a 2 times / day with the start of administration after 12 hours. -24 hours after surgery. Prophylaxis is usually continued for 10 days or more if the risk of thrombosis is preserved (for example, in Clexan orthopedics, a dose of 40 mg is prescribed 1 time per day for 5 weeks).
Fortreatment of deep vein thrombosis enter 1 mg / kg p / a every 12 hours or 1.5 mg / kg 1 time / day for 10 days. At the same time, they begin treatment with indirect anticoagulants, and the administration of Clexane is continued until their effect is achieved.
Forprevention of coagulation in the system of extracorporal circulation during hemodialysis Clexane is injected into the arterial line at the start of hemodialysis at a dose of 1 mg / kg with a 4-hour procedure. For patients with a high risk of bleeding, the dose is reduced to 0.5 mg / kg with double access to the vessels or to 0.75 mg / kg with single access. In case of deposition of fibrin rings, for example, with a longer procedure, an additional 0.5-1 mg / kg can be added.
Atunstable angina and myocardial infarction without ST segment elevation The recommended dose of Clexane is 1 mg / kg p / c every 12 hours. The drug is prescribed for at least 2 days and the treatment is continued until the clinical condition stabilizes. Usually the duration of treatment is 2-8 days. At the same time prescribed Acetylsalicylic acid in a dose of 100-325 mg 1 time / day.
Forprevention of venous thrombosis in patients with acute therapeutic conditions on bed rest, appoint 40 mg 1 time / day for 6-14 days.

Bleeding
With the development of bleeding, it is necessary to cancel the drug, establish the cause and start the appropriate treatment.
In 0.01-0.1% of cases, hemorrhagic syndrome may develop, including retroperitoneal and intracranial bleeding. Some of these cases were lethal.
When Clexane is used on the background of spinal / epidural anesthesia and postoperative use of penetrating catheters, hematomas of the spinal cord are described (in 0.01-0.1% of cases), which leads to neurological disorders of various severity, including persistent or irreversible paralysis.
Thrombocytopenia
In the first days of treatment, a slight transient asymptomatic thrombocytopenia may develop. In less than 0.01% of cases, the development of immune thrombocytopenia is possible in combination with thrombosis, which can sometimes be complicated by organ infarction or limb ischemia.
Local reactions
After s / c injection can be observed pain at the injection site, in less than 0.01% of cases - hematoma at the injection site. In some cases, the formation of solid inflammatory infiltrates containing the drug, which dissolve after a few days, without the abolition of the drug is not required. In 0.001% at the injection site, development of skin necrosis is possible, preceded by purpura or erythematous plaques (infiltrated and painful); in this case, the drug should be discontinued.
Other
In 0.01-0.1% - skin or systemic allergic reactions.Cases of allergic vasculitis have been reported (less than 0.01%), in some patients requiring withdrawal of the drug.
Perhaps a reversible and asymptomatic increase in liver enzymes.

When prescribing the drug for the purpose of prevention, no tendency to increased bleeding was found. When prescribing a drug for therapeutic purposes, there is a risk of bleeding in older patients (especially in people older than 80 years). It is recommended to conduct a careful observation of the patient's condition.
Before starting therapy with this drug, it is recommended to cancel other drugs that affect the hemostatic system, due to the risk of bleeding: salicylates, incl. acetylsalicylic acid, NPVS (including ketorolac); dextran 40, ticlopidine, Clopidogrel ; GCS, thrombolytics, anticoagulants, antiplatelet agents (including antagonists of glycoprotein IIb / IIIa receptors), except in cases where their use is necessary. If necessary, the combined use of Clexan with these drugs should be especially careful (careful monitoring of the patient and the relevant laboratory blood parameters).
In patients with impaired renal function, there is a risk of bleeding as a result of an increase in anti-Xa activity. Since this increase significantly increases in patients with severe impaired renal function (CC less than 30 ml / min), it is recommended to adjust the dose in both prophylactic and therapeutic use of the drug.Although it is not necessary to carry out dose adjustment in patients with mild and moderate renal dysfunction (CC more than 30 ml / min), it is recommended that the patients should be carefully monitored.
An increase in anti-Xa activity of enoxaparin in its prophylactic administration in women weighing less than 45 kg and in men weighing less than 57 kg may lead to an increased risk of bleeding.
The risk of immune thrombocytopenia caused by heparin also exists when using low molecular weight heparins. If thrombocytopenia develops, it is usually detected between the 5th and 21st days after the start of therapy with enoxaparin sodium. In this regard, it is recommended to regularly monitor the number of platelets prior to treatment with enoxaparin sodium and during its use. If there is a confirmed significant reduction in the number of platelets (by 30-50% compared with baseline), it is necessary to immediately cancel sodium enoxaparin and transfer the patient to another therapy.
Spinal / Epidural Anesthesia
As with the use of other anticoagulants, described cases of spinal hematoma when using Clexane on the background of spinal / epidural anesthesia with the development of persistent or irreversible paralysis. The risk of these phenomena is reduced when using the drug at a dose of 40 mg or lower. The risk increases with increasing dosage of the drug, as well as with the use of penetrating epidural catheters after surgery, or with the concomitant use of additional drugs that have the same effect on hemostasis as NSAIDs.The risk also increases with traumatic exposure or repeated spinal puncture.
To reduce the risk of bleeding from the spinal canal during epidural or spinal anesthesia, it is necessary to consider the pharmacokinetic profile of the drug. The installation or removal of the catheter is best done with a low anticoagulant effect of enoxaparin sodium.
Installation or removal of the catheter should be carried out after 10-12 h after the application of prophylactic doses of Clexane for deep vein thrombosis. In cases where patients receive higher doses of enoxaparin sodium (1 mg / kg 2 times / day or 1.5 mg / kg 1 time / day), these procedures should be postponed for a longer period of time (24 hours). Subsequent administration of the drug should be carried out no earlier than 2 hours after removal of the catheter.
If the doctor prescribes anticoagulant therapy during epidural / spinal anesthesia, very careful monitoring of the patient is necessary to identify any neurological signs and symptoms, such as: back pain, impaired sensory and motor functions (numbness or weakness in the lower extremities), disorders bowel and / or bladder function. The patient must be instructed to immediately inform the physician when the above symptoms occur. If signs or symptoms characteristic of a brain stem hematoma are found, urgent diagnosis and treatment is necessary, including spinal decompression if necessary.
Heparin-induced thrombocytopenia
With extreme caution, Clexane should be prescribed to patients in the history of which there is evidence of heparin-induced thrombocytopenia, in combination with or without thrombosis.
The risk of heparin-induced thrombocytopenia may persist for several years. If heparin-induced thrombocytopenia is assumed anamnestically, then in vitro platelet aggregation tests are of limited value in predicting the risk of its development. The decision on the appointment of Clexane in this case can be taken only after consulting with the appropriate specialist.
Percutaneous Coronary Angioplasty
In order to reduce the risk of bleeding associated with invasive vascular manipulation in the treatment of unstable angina, the catheter should not be removed within 6-8 hours after subcutaneous injection of Clexan. The next estimated dose should be administered no earlier than 6-8 hours after the catheter is removed. The injection site should be monitored in order to timely detect signs of bleeding and hematoma formation.
Artificial heart valves
Studies have not been conducted to reliably assess the efficacy and safety of Clexane in preventing thromboembolic complications in patients with artificial heart valves, therefore, the use of the drug for this purpose is not recommended.
Laboratory tests
In doses used for the prevention of thromboembolic complications, Clexane does not significantly affect bleeding time and overall clotting rates, as well as platelet aggregation or binding to fibrinogen.
At higher doses, the APTT and clotting time can be prolonged. The increase in APTT and clotting time are not directly linearly dependent on the increase in the antithrombotic activity of the drug, so there is no need to monitor them.
Prevention of venous thrombosis and embolism in patients with acute therapeutic diseases who are on bed rest
In the case of acute infection, acute rheumatic conditions, prophylactic administration of enoxaparin sodium is justified only if there are risk factors for venous thrombosis (over 75 years of age, malignant tumors, thrombosis and embolism in history, obesity, hormone therapy, heart failure, chronic respiratory failure).

The drug should be stored out of the reach of children at a temperature not exceeding 25 ° C.