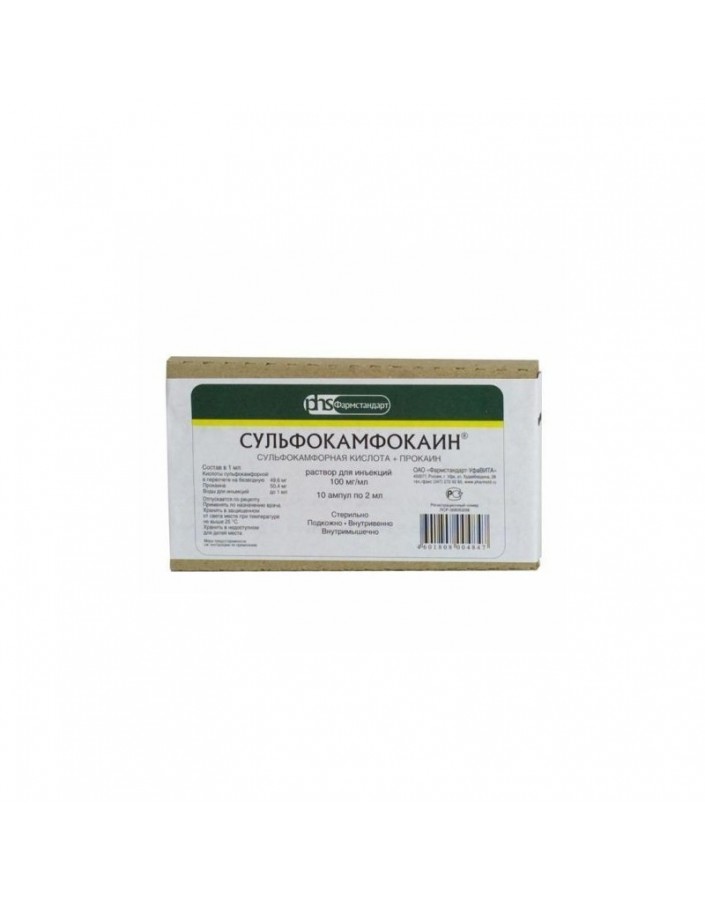 1 dose of the solution for subcutaneous injection contains: nadroparin Calcium 5700 IU anti-Xa in 1 syringe
Excipients: a solution of calcium hydroxide or diluted hydrochloric acid to pH 5.0-7.5, water d / and - up to 0.6 ml.

Fraxiparine - low molecular weight Heparin (LMWH), obtained by depolymerization from standard heparin, is a glycosaminoglycan with an average molecular weight of 4300 Dalton. It exhibits a high ability to bind with plasma protein antithrombin III (AT III). This binding leads to accelerated inhibition of factor Xa, and this is due to the high antithrombotic potential of nadroparin. Other mechanisms that provide the antithrombotic effect of nadroparin include activation of a tissue factor conversion inhibitor (TFPI), activation of fibrinolysis by direct release of a tissue plasminogen activator from endothelial cells, and modification of blood rheological properties (decrease in blood viscosity and increase in platelet and granulocyte membrane permeability).
Nadroparin calcium is characterized by higher anti-Xa factor activity compared to anti-IIa factor or antithrombotic activity and has both immediate and prolonged antithrombotic activity. Compared with unfractionated heparin, nadroparin has less effect on platelet function and aggregation and less pronounced effect on primary hemostasis. In prophylactic doses, nadroparin does not cause a pronounced decrease in APTT. In the course of treatment during the period of maximum activity, it is possible to increase the APTT to a value 1.4 times higher than the standard. Such prolongation reflects the residual antithrombotic effect of nadroparin calcium.

- Prevention of thromboembolic complications in surgical and orthopedic interventions in patients with a high risk of thrombus formation (in acute respiratory and / or heart failure under conditions of ICU, unstable angina, myocardial infarction without a pathological Q wave on an ECG).
- Treatment of thromboembolism.
- Prevention of blood coagulation during hemodialysis.

- Thrombocytopenia in the application of nadroparin in history.
- Signs of bleeding or increased risk of bleeding associated with impaired hemostasis (with the exception of DIC-syndrome, not caused by heparin).
- Organic diseases with a tendency to bleeding (for example, acute gastric or duodenal ulcer).
- Injuries or surgery on the brain and spinal cord or in the eyes.
- Intracranial hemorrhage.
- Acute septic endocarditis.
- Renal failure severe (CC less than 30 ml / min) in patients receiving Fraxiparine for the treatment of thromboembolism, unstable angina and myocardial infarction without a Q wave.
- Children and adolescence (up to 18 years).
- Hypersensitivity to nadroparin or any other components of the drug.
Precautions should be prescribed Fraxiparine in situations associated with an increased risk of bleeding: with liver failure, with renal failure, with severe hypertension, with a history of peptic ulcers or other diseases with an increased risk of bleeding, with circulatory disorders in the choroid and retina, in the postoperative period after operations on the brain and spinal cord or in the eyes, in patients with a body weight less than 40 kg, with a duration of therapy exceeding the recommended Dowa (10 days) in the case of non-compliance with recommended treatment conditions (particularly increase the duration and dose for a course of use), when combined with drugs that increase the risk of bleeding.

Particular attention should be paid to specific instructions for use for each drug belonging to the class of low molecular weight heparins, since they can be used in various dosage units (U or mg). Because of this, alternation of Fraxiparine with other LMWH is unacceptable during long-term treatment. You also need to pay attention to what kind of drug is used - Fraxiparine or Fraxiparine Forte, because This affects the dosing regimen. Graduated syringes are designed to adjust the dose depending on the patient's body weight.
Fraxiparine is not intended for i / m administration. Since the use of heparins makes it possible to develop thrombocytopenia (heparin-induced thrombocytopenia), throughout the entire course of treatment with Fraxiparine, it is necessary to monitor the level of platelets. It was reported rare cases of thrombocytopenia, sometimes severe, which could be associated with arterial or venous thrombosis, which is important to consider in the following cases: for thrombocytopenia; with a significant decrease in platelet levels (by 30-50% compared with normal rates); with the negative dynamics of the thrombosis, about which the patient receives treatment; with DIC syndrome. In these cases, treatment with Fraxiparine should be discontinued. Thrombocytopenia is immuno-allergic in nature and usually occurs between the 5th and 21st days of therapy, but may occur earlier if the patient has a history of heparin-induced thrombocytopenia.
If there is a history of heparin-induced thrombocytopenia (with normal or low molecular weight heparins), Fraxiparine may be administered if necessary. However, in this situation, strict clinical monitoring and, at a minimum, daily measurement of platelet count are shown. If thrombocytopenia occurs, use of Fraxiparine should be immediately discontinued. If tharbocytopenia occurs on the background of heparins (normal or low molecular weight), then the possibility of prescribing anticoagulants of other groups should be considered. If other drugs are not available, it is possible to use another low molecular weight heparin. It should daily monitor the number of platelets in the blood. If signs of initial thrombocytopenia continue to be observed after replacement of the drug, then treatment should be stopped as soon as possible.
It must be remembered that the control of platelet aggregation, based on in vitro tests, is of limited importance in the diagnosis of heparin-induced thrombocytopenia. In elderly patients, it is necessary to evaluate renal function before initiating therapy with Fraxiparine. Heparins can inhibit the secretion of aldosterone, which can lead to hyperkalemia, especially in patients with elevated levels of potassium in the blood or in patients at risk of developing hyperkalemia (with diabetes mellitus, chronic renal failure, metabolic acidosis, or with simultaneous use of drugs that can cause hyperkalemia during long-term therapy).In patients with an increased risk of developing hyperkalemia, potassium levels in the blood should be monitored.
The risk of spinal / epidural hematomas increases in individuals with established epidural catheters or with the concomitant use of other drugs that affect hemostasis (NSAIDs, antiplatelet agents, other anticoagulants). The risk is also likely to increase with traumatic or repeated epidural or spinal punctures. The question of the combined use of neuroaxial blockade and anticoagulants should be decided individually, after evaluating the effectiveness / risk ratio. In patients who already receive anticoagulants, the need for spinal or epidural anesthesia should be justified. In patients who are planning elective surgical intervention using spinal or epidural anesthesia, the need to introduce anticoagulants should be justified. If a patient is undergoing lumbar puncture or spinal or epidural anesthesia, a sufficient time interval between the administration of Fraxiparine and the introduction or removal of a spinal / epidural catheter or needle should be observed. Careful monitoring of the patient is necessary to identify signs and symptoms of neurological disorders. When violations in the neurological status of the patient are found, urgent appropriate therapy is required.
In the prevention or treatment of venous thromboembolism, as well as in the prevention of blood coagulation in the extracorporeal circulation during hemodialysis, it is not recommended to co-administer Fraxiparine with drugs such as acetylsalicylic acid, other salicylates, NSAIDs and antiplatelet agents, because this may increase the risk of bleeding.
Fraxiparine should be used with caution in patients receiving oral anticoagulants, GCS for systemic use and dextrans. When prescribing oral anticoagulants to patients receiving Fraxiparine, its use should be continued until the prothrombin time is stabilized to the desired value.

Increased risk of hyperkalemia with simultaneous use of Fraxiparin: the risk of developing hyperkalemia increases when Fraxiparine is used in patients receiving potassium salts, potassium-sparing diuretics, ACE inhibitors, angiotensin II receptor antagonists, NSAIDs, heparins (low molecular weight or unfractionated), cyclosporine and tacrolimus, trimethoprim.
Potentiation of action when using Fraxiparin: Fraxiparine can potentiate the action of drugs that affect hemostasis, such as acetylsalicylic acid and other NSAIDs, vitamin K antagonists, fibrinolytics and dextran, platelet aggregation inhibitors (except acetylsalicylic acid as an analgesic and antipyretic drug, that is, more than 500 doses ; NSAIDs): abciximab, acetylsalicylic acid as an antiplatelet agent (i.e.at a dose of 50-300 mg) for cardiac and neurological indications, beraprost, Clopidogrel, eptifibatide, iloprost, ticlopidine, tirofiban increase the risk of bleeding.

Symptoms: the main symptom of an overdose is bleeding; it is necessary to monitor the number of platelets and other parameters of the blood coagulation system.
Treatment: minor bleeding does not require special treatment (it is usually sufficient to reduce the dose or delay the subsequent administration). Protamine sulfate has a pronounced neutralizing effect on the anticoagulant effects of heparin, but in some cases, anti-Xa activity may partially recover. The use of protamine sulfate is necessary only in severe cases. Note that 0.6 ml of protamine sulfate neutralizes about 950 anti-Xa ME nadroparin. The dose of protamine sulfate is calculated taking into account the time elapsed after the administration of heparin, with a possible reduction in the dose of the antidote.

The drug should be stored out of reach of children, away from heating devices at a temperature not higher than 30 ° C; do not freeze.