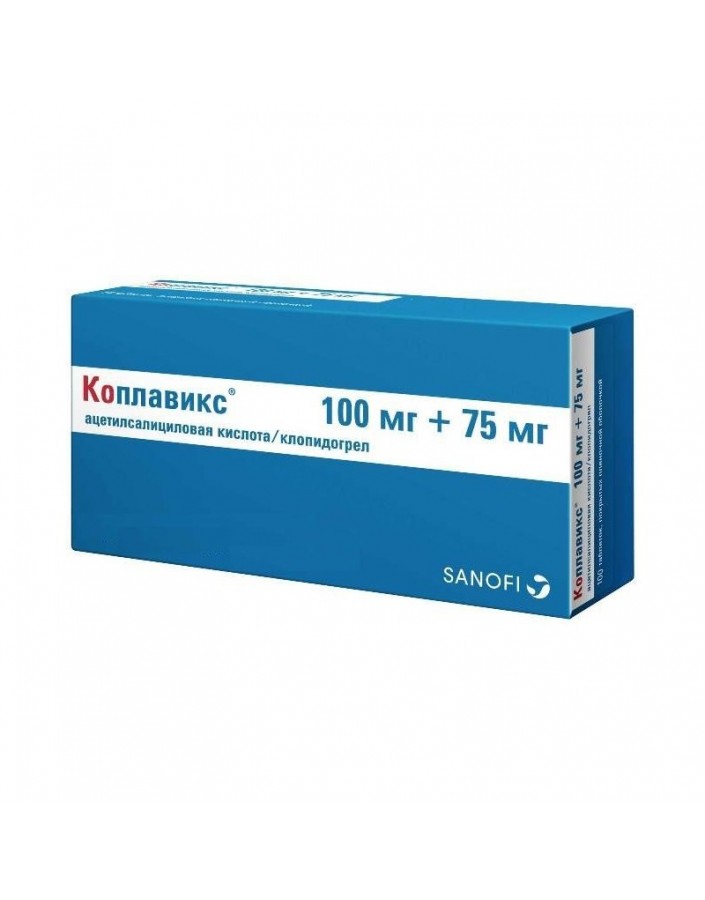 - without ST segment elevation (unstable angina or myocardial infarction without a Q wave), including patients who underwent stenting for percutaneous coronary intervention;

- With the rise of the ST segment (acute myocardial infarction) with drug treatment and the possibility of thrombolysis.

Hypersensitivity to any of the active or auxiliary substances of the drug;

Acute abnormal bleeding, such as bleeding from a peptic ulcer or intracranial hemorrhage;

Children's age up to 18 years (safety and efficiency of use are not established);

The simultaneous use of Methotrexate in a dose of more than 15 mg per week.

With caution: moderate hepatic impairment, in which predisposition to bleeding is possible (limited clinical experience of use); mild to moderate renal insufficiency (limited clinical experience); injuries, surgical interventions (see the section "Special Instructions"); diseases in which there is a predisposition to the development of bleeding (especially gastrointestinal or intraocular); simultaneous use of other NSAIDs, incl. and selective COX-2 inhibitors; simultaneous use of Warfarin, Heparin, glycoprotein IIb / IIIa inhibitors and thrombolytic agents (see the Interaction and Special Instructions sections); bronchial asthma and allergies in history (increased risk of allergic reactions to acetylsalicylic acid); gout, hyperuricemia (acetylsalicylic acid, including and in low doses, increases the concentration of uric acid in the blood); in patients with a genetically determined decrease in the function of the isoenzyme CYP2C19 (there are literature data indicating that patients with a genetically determined decrease in the function of the isoenzyme CYP2C19 are exposed to less systemic exposure to the active metabolite of Clopidogrel and their anti-aggregation effect is less pronounced,in addition, they may have a higher incidence of cardiovascular complications after myocardial infarction (compared with patients with normal function of an isoenzyme CYP2C19); simultaneous use of methotrexate in a dose of less than 15 mg per week.

Inside Adults and elderly people

Coplavix 100/75 mg should be taken daily once a day, regardless of the meal. Coplavix is ​​started after a single loading dose of clopidogrel in combination with Acetylsalicylic acid.

The maximum beneficial effect is observed by the 3rd month of treatment. The course of treatment is up to 1 year.

Treatment should begin as soon as possible after the onset of symptoms and continue for at least 4 weeks. Patients older than 75 years of age should begin treatment without a loading dose of clopidogrel.