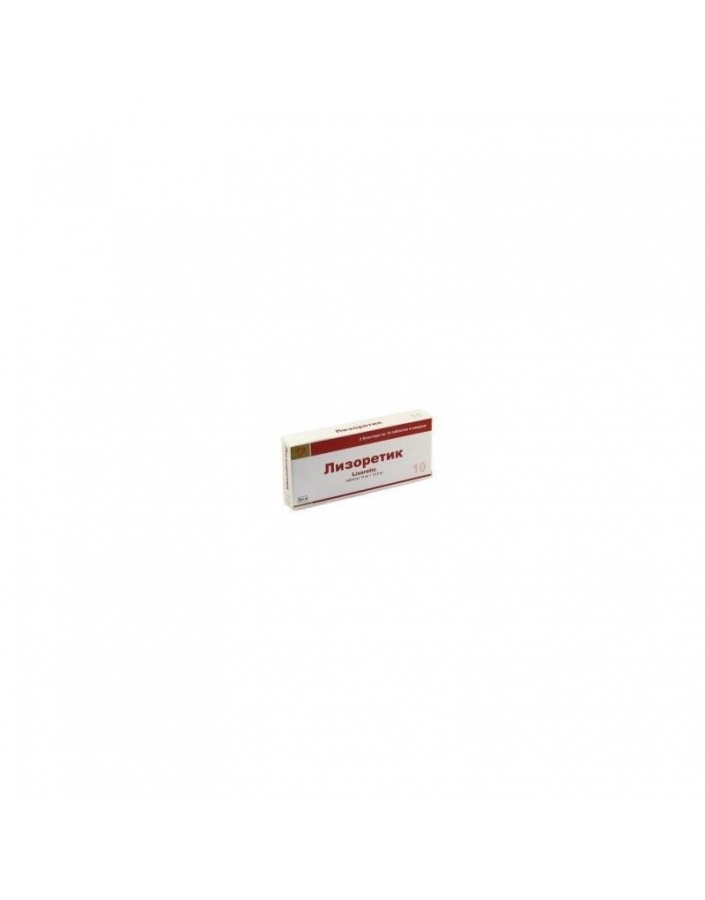 Lisoretic has an antihypertensive, diuretic effect.

Arterial hypertension (in patients for whom combination therapy is indicated).

Hypersensitivity to Lisoretic, other ACE inhibitors and sulfonamide derivatives;

angioedema (including and in history with the use of ACE inhibitors);

The use of Lisoretic during pregnancy is contraindicated. When establishing pregnancy, the drug should be stopped as soon as possible. Acceptance of inhibitors in the II and III trimester of pregnancy has an adverse effect on the fetus (pronounced decrease in blood pressure, renal failure, hyperkalemia, cranial hypoplasia, fetal death are possible). Data on the negative effects of Lisoretic on the fetus in the case of use during the first trimester is not. For newborns and infants who have undergone intrauterine effects of ACE inhibitors, it is recommended to monitor for the timely detection of pronounced reduction in blood pressure, oliguria, hyperkalemia. For the period of drug treatment, it is necessary to cancel breastfeeding.

The most common side effects are dizziness, headache.

On the part of the skin: urticaria, increased sweating, photosensitivity, pruritus, hair loss.

On the part of the respiratory system: dyspnea, bronchospasm, apnea.

In patients with CC more than 30 and less than 80 ml / min, the drug can be used only after titration of the dose of the individual components of the drug. The recommended initial dose of lisinopril for uncomplicated renal failure is 5-10 mg.

Symptomatic hypotension may occur after taking the initial dose of the drug.Such cases are more common in patients who have had a loss of fluid and electrolytes due to previous treatment with diuretics. Therefore, it is necessary to stop taking diuretics 2-3 days before the treatment with Lisoretic.