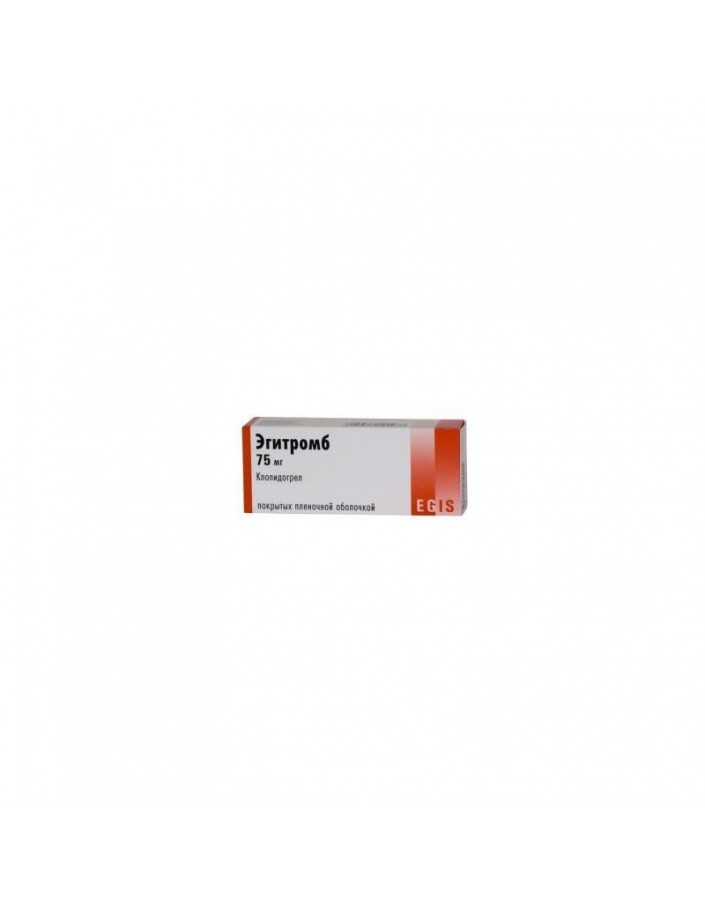 Egithromb is taken orally, regardless of the meal.
For adults and elderly patients, clopidogrel should be taken at 75 mg once a day.
Treatment should begin in terms of several to 35 days in patients after myocardial infarction and from 7 days to 6 months in patients after ischemic stroke.