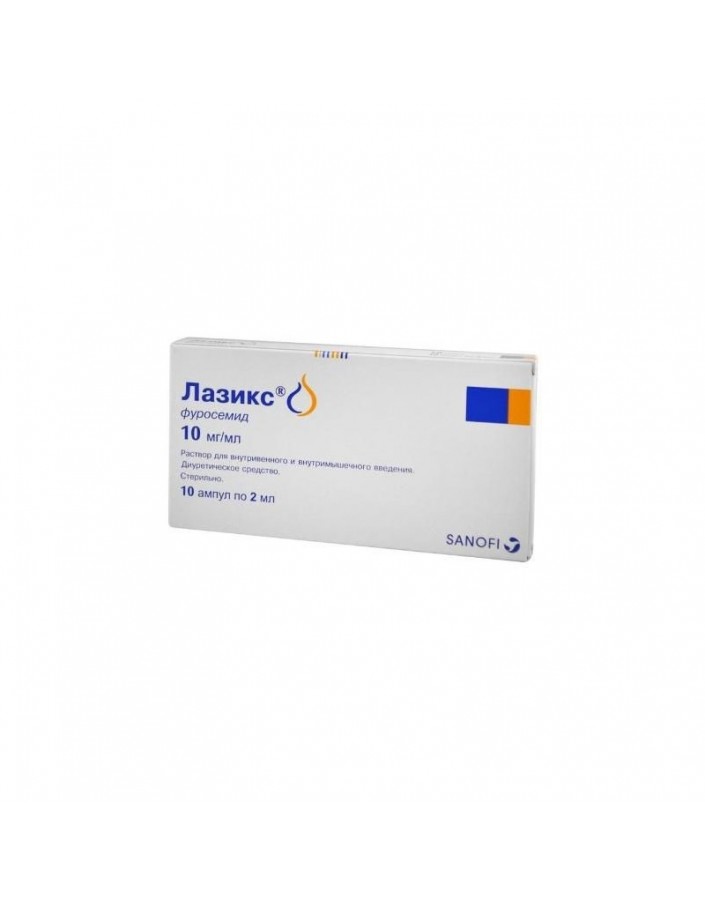 Blocks the reabsorption of sodium ions and chlorine in the ascending limb of the loop of Henle. Also increases the excretion of potassium,Calcium,Magnesium.

When ingestion bioavailability is 64%. Cmaxincreases with increasing dose, but the time to reach the maximum does not depend on the dose and varies widely depending on the patient's condition. T1/2- about 2 hours. In plasma, 91–99% binds to protein, 2.4–4.1% is in a free state. Biotransformed mainly in glucuronide. Excreted in the urine (after the on / in the introduction of more than ingestion).

The onset of the diuretic effect on ingestion is observed already for 1 hour, the maximum of the action - after 1–2 hours, the duration - 6–8 hours. 2 hours. When i / v administration causes dilatation of the veins, quickly reduces preload, reduces pressure in the left ventricle and the pulmonary artery system, reduces systemic pressure.

Indications of the drug Lasix

When pregnancy should be used under strict indications and only for a short time. At the time of treatment, breastfeeding should be suspended.

Increases the risk of intoxication with cardiac glycosides (in the presence of glucocorticoids, the likelihood of hypokalemia), nephro and ototoxic effects of aminoglycosides, cephalosporins,Cisplatin; enhances the effect of curare-like agents; increases lithium reabsorption in the renal tubules. NSAIDs reduce diuretic effect.

Consideration should be given to a possible decrease in the reaction rate (carefully designate when driving and maintaining machinery).

Storage conditions of the drug Lasix

In the dark place at a temperature of no higher than 30 ° C.