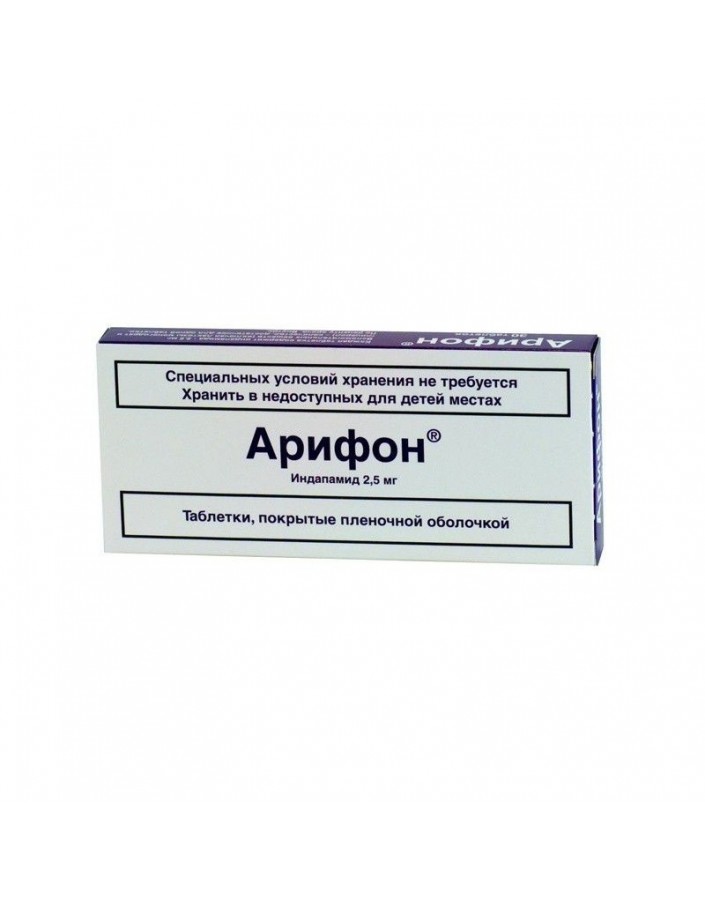 Indapamide, even in very high concentrations (up to 40 mg, ie, 27 times the therapeutic dose), does not have a toxic effect.
Symptoms: water-electrolyte imbalance (hyponatremia, hypokalemia), nausea, vomiting, arterial hypotension, convulsions, dizziness, drowsiness, confusion, polyuria or oliguria resulting in anuria (due to hypovolemia) are possible.
Treatment: urgent measures aimed at removing the drug from the body: washing the gastrointestinal tract and / or the appointment of Activated carbon, followed by the restoration of normal water-electrolyte balance.

Storage conditions
The drug should be stored at a temperature not higher than 30 ° C.