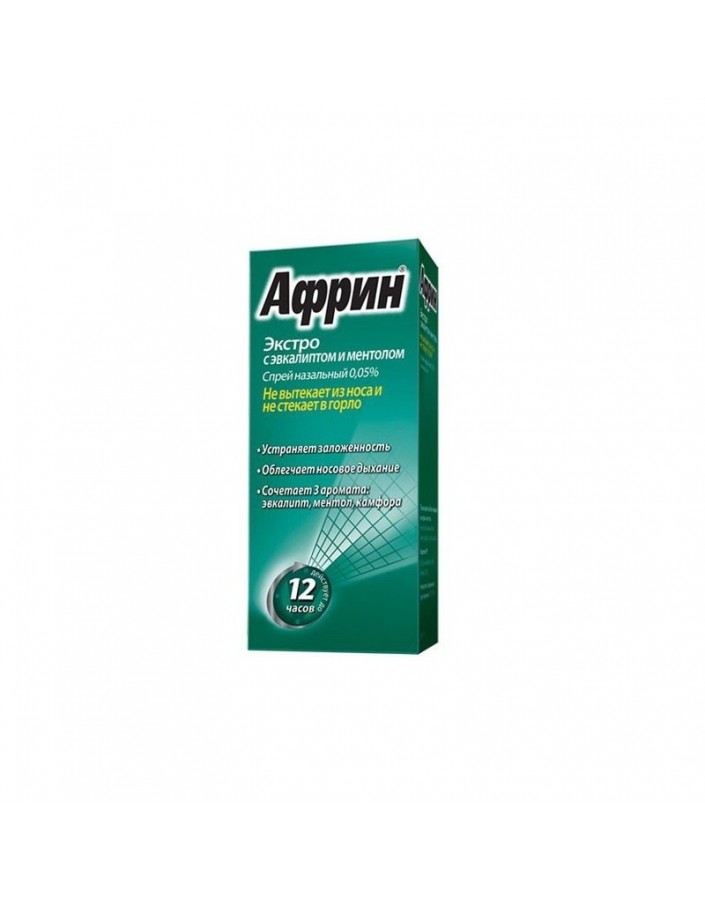 Release form, composition and packaging
The drug is approved for use as a means of OTC Spray nasal 1 ml
Oxymetazoline hydrochloride 500 mcg
15 ml - plastic bottles with dosing device (1) - packs of cardboard.

The effect is manifested 15 minutes after application and lasts for 6-8 hours.

Indications for use of the drug Afrin Extra, spray called. 0.05% 15ml

Oxymetazoline is contraindicated for use during pregnancy and lactation (breastfeeding).

Contraindicated in children under 6 years of age (for eye drops).

In the recommended dosage without consultation with your doctor you can use no more than 3 days. Avoid getting the drug intended for intranasal administration in the eyes.
Influence on ability to drive motor transport and control mechanisms
The drug has an effect on vision, possibly reducing the reaction rate.

With the simultaneous appointment of MAO inhibitors and tricyclic antidepressants may increase blood pressure.
Oxymetazoline slows down the absorption of local anesthetic drugs, prolongs their action.
Co-administration of other vasoconstrictor drugs increases the risk of side effects.