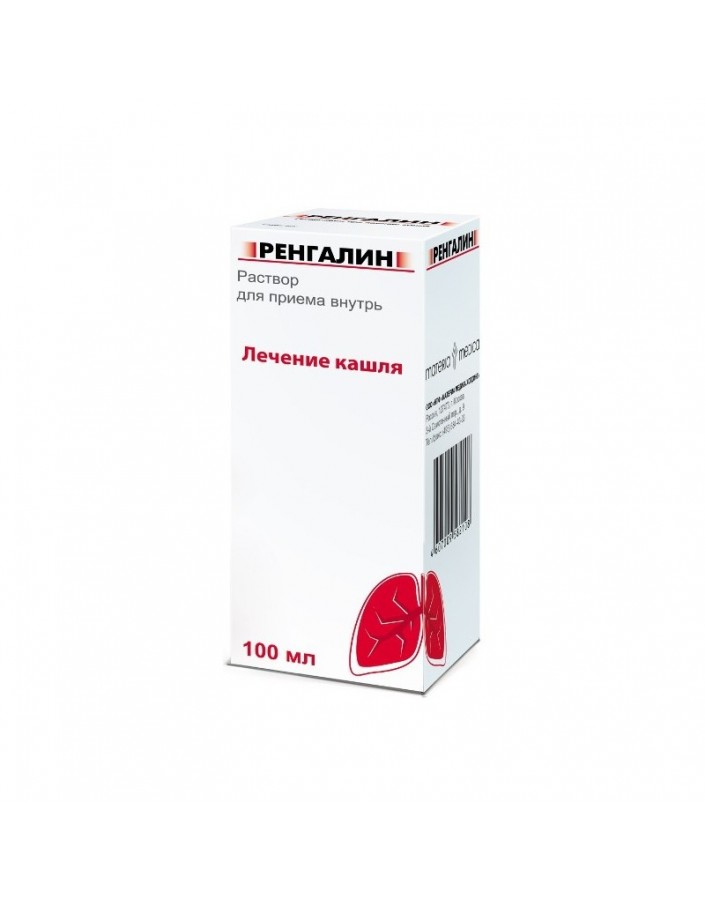 * applied to isomalt in the form of a mixture of three active aqueous-alcoholic dilutions of the substance, diluted in 10012, 10030, 10050 times, respectively

It was experimentally shown that the components of the drug modify the activity of ligand-receptor interaction of endogenous regulators with the corresponding receptors: antibodies to morphine (a component of the drug) modify the activity of ligand-receptor interaction of endogenous regulators with opiate receptors; histamine antibodies - with H1 histamine receptors; Bradykinin antibodies - with bradykinin receptors; however, the combined use of components leads to increased antitussive effect. In addition to the antitussive action, the complex drug has anti-inflammatory, anti-edematous, antiallergic, antispasmodic (antibodies to histamine, antibodies to bradykinin) and analgesic action (antibodies to morphine) due to its constituent components. Due to the modification of histamine-dependent activation of H1 receptors, bradykinin-dependent activation of B1 and B2 receptors selectively reduces the excitability of the cough center of the medulla oblongata and inhibits the central links of the cough reflex. Inhibiting the centers of pain sensitivity in the thalamus, blocks the transmission of pain impulses to the cerebral cortex. Inhibits the flow of pain impulses from the periphery due to a decrease in the release of tissue and plasma algogens (histamine, bradykinin, prostaglandins, etc.). Unlike narcotic analgesics, it does not cause respiratory depression, drug dependence, does not possess a narcotic and hypnotic effect. It relieves the manifestations of acute pharyngitis, laryngitis and bronchitis, reducing bronchospasm.Suppresses systemic and local symptoms of allergic reactions due to the effect on the synthesis and release of histamine and bradykinin from mast cells.

The sensitivity of modern physicochemical methods of analysis (gas-liquid chromatography, high-performance liquid chromatography, chromatography-mass spectrometry) does not allow to evaluate the content of ultra-low doses of antibodies in biological fluids, organs and tissues, which makes it impossible to study the pharmacokinetics of the drug Rengalin.

Children's age up to 3 years. Increased individual sensitivity to the components of the drug. Hereditary intolerance to fructose (due to the presence of maltitol in the composition). With care: diabetes.

Possible reactions increased individual sensitivity to the components of the drug. If these side effects are aggravated, or you notice any other side effects that are not listed in the instructions, tell your doctor.

In the course of the clinical trials, no data were obtained on the interaction of the drug Rengalin with drugs that were used as concomitant therapy.

Inside At one time - 1-2 teaspoons (5-10 ml) - out of meals. It is advisable to keep the solution in the mouth before swallowing for maximum effect of the drug. Apply 1-2 teaspoons 3 times a day. Depending on the severity of the condition in the first three days, the frequency of administration can be increased up to 4-6 times per day. The duration of therapy depends on the severity of the disease and is determined by the attending physician.

With an accidental overdose, dyspeptic symptoms (nausea, vomiting, diarrhea) are possible, due to the excipients in the preparation (maltitol, glycerol). Treatment is symptomatic.

Patients with diabetes should remember that each teaspoon (5 ml) of the drug contains 0.3 g of maltitol, which corresponds to 0.02 bread units (HE). insulin is needed for the metabolism of maltitol, although the need for insulin is low due to slow hydrolysis and absorption in the gastrointestinal tract. The energy value of maltitol is 10 kJ or 2.4 kcal / g, which is significantly less than sucrose. The energy value of one teaspoon of the drug is approximately 5.7 kJ (1.37 kcal).