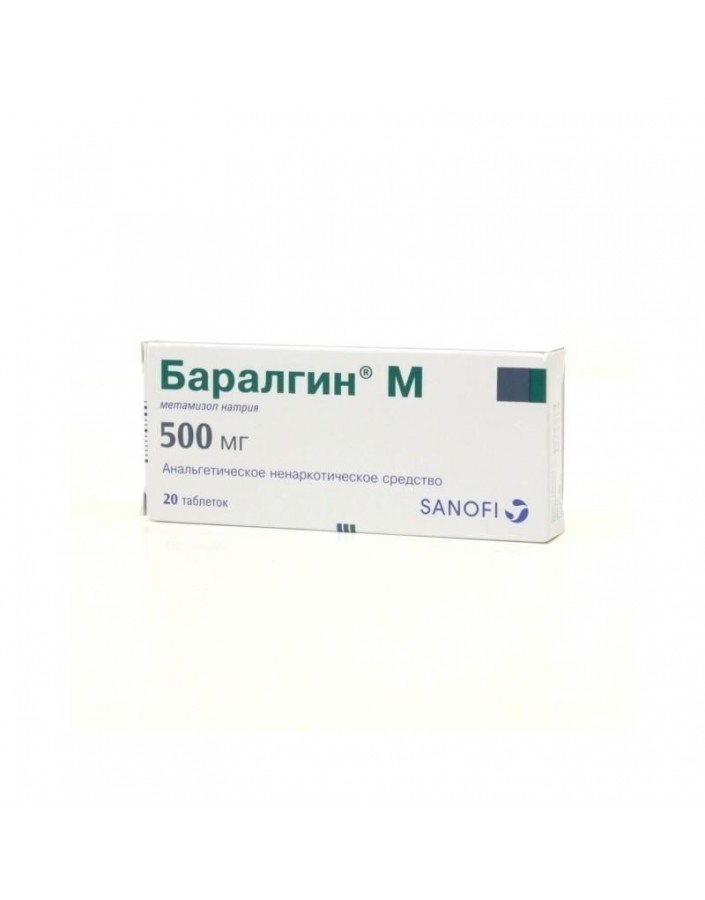 Contraindicated in the I and III trimesters of pregnancy. Use in the II trimester - only under strict medical indications. Breastfeeding is contraindicated within 48 hours after taking Baralgin M.

Baralgin M can not be mixed in the same syringe with other drugs. Removal with urine of one of the products of biotransformation may cause red staining of urine (has no clinical significance and disappears after withdrawal).

Simultaneous use of metamizol with other non-narcotic analgesics can lead to mutual enhancement of toxic effects. Tricyclic antidepressants, oral contraceptives, Allopurinol violate the metabolism of metamizol in the liver and increase its toxicity. Barbiturates, phenylbutazone and other inducers of microsomal liver enzymes weaken the effect of metamizol. Sedatives and tranquilizers enhance the analgesic effect of the drug. Simultaneous use with chlorpromazine or other phenothiazine derivatives may lead to the development of severe hyperthermia. Radiocontrast agents, colloidal blood substitutes and penicillin should not be used during treatment with metamizole.Metamizole, displacing oral hypoglycemic drugs, indirect anticoagulants, glucocorticosteroids and Indomethacin, increases their activity from a protein-related relationship. Myelotoxic drugs increase the hematotoxicity of the drug.