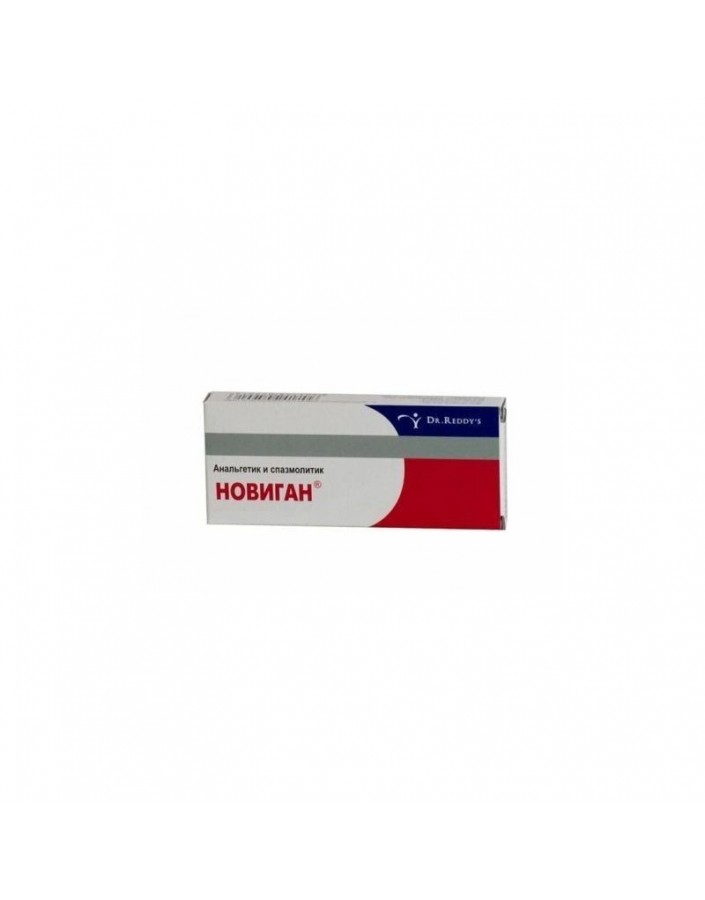 Inside, 1 hour before or 3 hours after meals. In order to avoid irritating the stomach, you can take the drug immediately after a meal or drink milk.

In the absence of special doctor's instructions Novigan ® It is recommended to take when spastic pains 1 tab. up to 3 times / day The maximum daily dose - 3 tab. Do not exceed the specified dose!

The course of treatment drug Novigan®, without consulting a doctor, should not exceed 5 days. Longer use is possible under the supervision of a physician with monitoring of peripheral blood and functional status of the liver.

In recommended doses, the drug Novigan® does not cause side effects.

From the digestive system: NSAID gastropathy (abdominal pain, nausea, vomiting, heartburn, loss of appetite, diarrhea, flatulence, constipation, ulceration of the gastrointestinal mucosa, which, in some cases, are complicated by perforation and bleeding; irritation or dryness of the oral mucosa, pain in the mouth, ulceration of the mucous membrane of the gums, aphthous stomatitis), pancreatitis, hepatitis.

From the side of blood-forming organs: anemia (including hemolytic, aplastic), thrombocytopenia and thrombocytopenic purpura, agranulocytosis, leukopenia.

Other: increased or decreased sweating.

- erosive and ulcerative changes of the mucous membrane of the stomach or duodenum, active Gastrointestinal bleeding;

- inflammatory bowel disease in the acute phase, including ulcerative colitis;

- hemophilia and other bleeding disorders (including hypocoagulation), hemorrhagic diathesis;

- diseases of the optic nerve;

- the presence of Helicobacter pylori infection;

- frequent use of alcohol (alcoholism);

Contraindicated use in liver failure or active liver disease

Contraindicated in children under 16 years

The drug should be used with caution in elderly patients.

With long-term use, it is necessary to control the pattern of peripheral blood and the functional state of the liver and kidneys.

To reduce the risk of adverse events from the gastrointestinal tract should use the minimum effective dose. When symptoms of gastropathy appear, close monitoring is shown, including esophagogastroduodenoscopy, a blood test with hemoglobin and hematocrit, and fecal occult blood analysis.

If it is necessary to determine 17-ketosteroids, the drug should be discontinued 48 hours before the study.

During the period of treatment should refrain from taking alcohol.

During the period of treatment, the patient should refrain from engaging in potentially hazardous activities that require increased concentration and psychomotor speed.

In therapeutic doses, the drug Novigan® does not enter into significant interactions with widely used drugs.

Inhibitors of microsomal oxidation reduce the risk of hepatotoxic action.

The drug reduces the hypotensive activity of vasodilators and the natriuretic effect of Furosemide and hydrochlorothiazide.

Reduces the effectiveness of uricosuric drugs.

It enhances the effect of indirect anticoagulants, antiplatelet agents, fibrinolytics (which increases the risk of bleeding).

Strengthens the side effects of mineralocorticoids, glucocorticoids (the risk of gastrointestinal bleeding increases), estrogen, ethanol.

Antacids and colestyramine reduce the absorption of Ibuprofen .

The drug increases the concentration of Digoxin, lithium preparations, Methotrexate in the blood.

The simultaneous appointment of other NSAIDs increases the frequency of side effects.

Cyclosporine and gold preparations enhance the effect of ibuprofen on the synthesis of prostaglandins in the kidneys, which is manifested by an increase in nephrotoxicity.

Ibuprofen increases the plasma concentration of cyclosporine and the likelihood of its hepatotoxic effects.