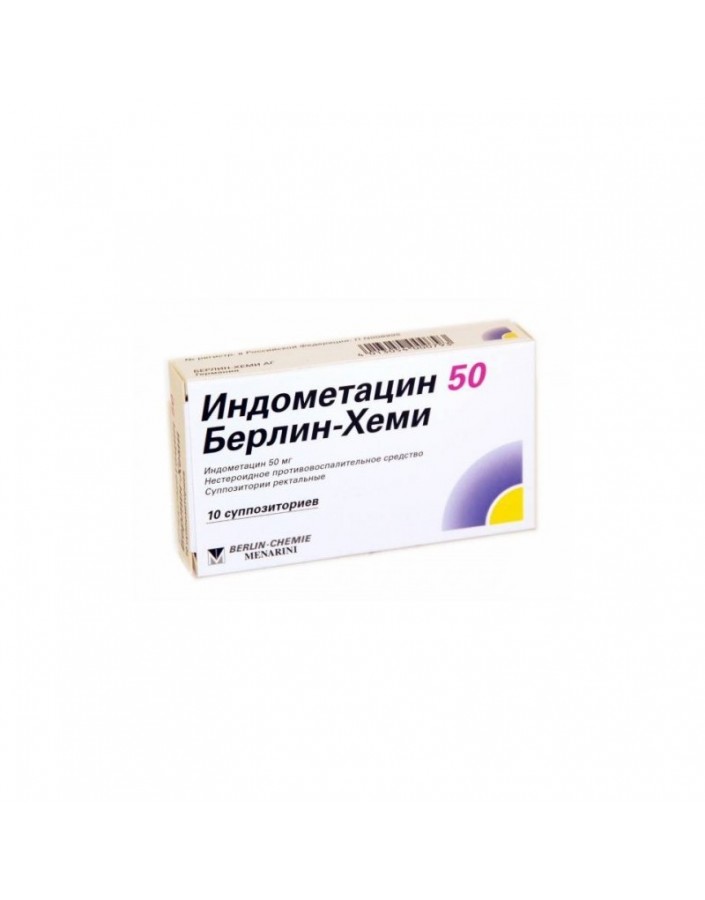 suppositories from white to white with a creamy or yellowish tinge color, torpedo-shaped form without visible inclusions in the longitudinal section.

Indomethacin has anti-inflammatory, analgesic, antipyretic and antiaggregatory effects. Suppresses the activity of anti-inflammatory factors, reduces platelet aggregation. Inhibiting cyclooxygenase 1 and 2, violates the metabolism of arachidonic acid, reduces the number of prostaglandins (Pg) in the inflammation and in healthy tissues, suppresses the exudative and proliferative phases of inflammation. Causes the weakening or disappearance of rheumatic and non-rheumatic pain syndrome (including with pain in the joints at rest and with movement, reduction of morning stiffness and swelling of joints, increases the range of motion; during inflammatory processes,arising after operations and injuries, quickly alleviates both spontaneous pain and pain during movement, reduces inflammatory swelling at the wound site).

Absorption is fast. Bioavailability with rectal route of administration - 80-90%. Communication with plasma proteins - 90%, half-life - 4-9 hours. Metabolized mainly in the liver, 30% of the drug is excreted unchanged. 70% excreted by the kidneys, 30% through the gastrointestinal tract. Not removed during dialysis. Penetrates into breast milk.

During treatment, it is necessary to control the picture of peripheral blood and the functional state of the liver and kidneys. If necessary, determine the 17-ketosteroidov drug should be canceled 48 hours before the study.
During the period of treatment, it is necessary to refrain from driving vehicles and practicing potentially hazardous activities that require increased concentration and psychomotor speed.

List B.In a dry, dark place, at a temperature not higher than 25 ° C. Keep out of reach of children.