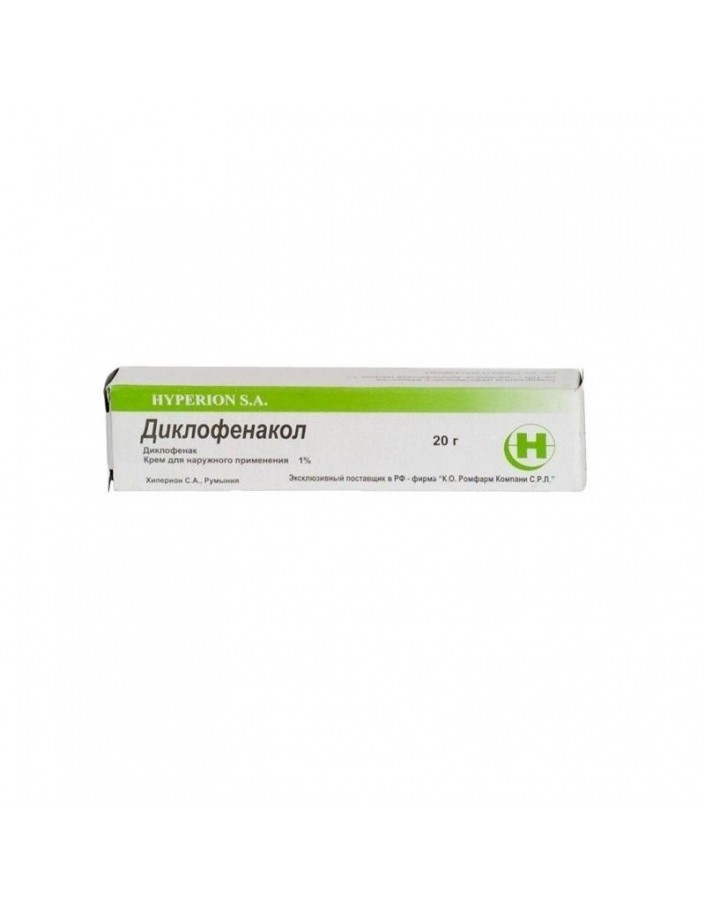 Anti-inflammatory, analgesic. Diclofenacol inhibits the synthesis of PG, reduces pain, swelling and hyperemia at the site of application.

From the nervous system and sensory organs: rarely (with prolonged use and / or use of large quantities) - headache, dizziness, drowsiness. On the part of the digestive tract organs: rarely - nausea, loss of appetite, pain in the epigastric region, flatulence. integuments: rarely - rash, burning, redness. For the respiratory system: rarely - bronchospasm; systemic Anaphylactic reactions, including shock.

Outwardly. A small amount of Diclofenacol cream (2-4 g) is applied with a thin layer on the skin over the nidus of inflammation and lightly rubbed until completely absorbed 2-3 times a day. Course - 14 days (no more).

Diclofenacol should be avoided on the damaged surface of the skin, open wounds, mucous membranes and eyes. Before using for gastric ulcer and duodenal ulcer or allergic reactions in history, abnormal liver function, kidney or hematopoietic system, asthma, rhinitis, nasal polyps, under 6 years of age and with simultaneous use of NSAIDs, consult a doctor.

The drug should be stored out of reach of children at a temperature not exceeding 25 ° C. Shelf life - 2 years.