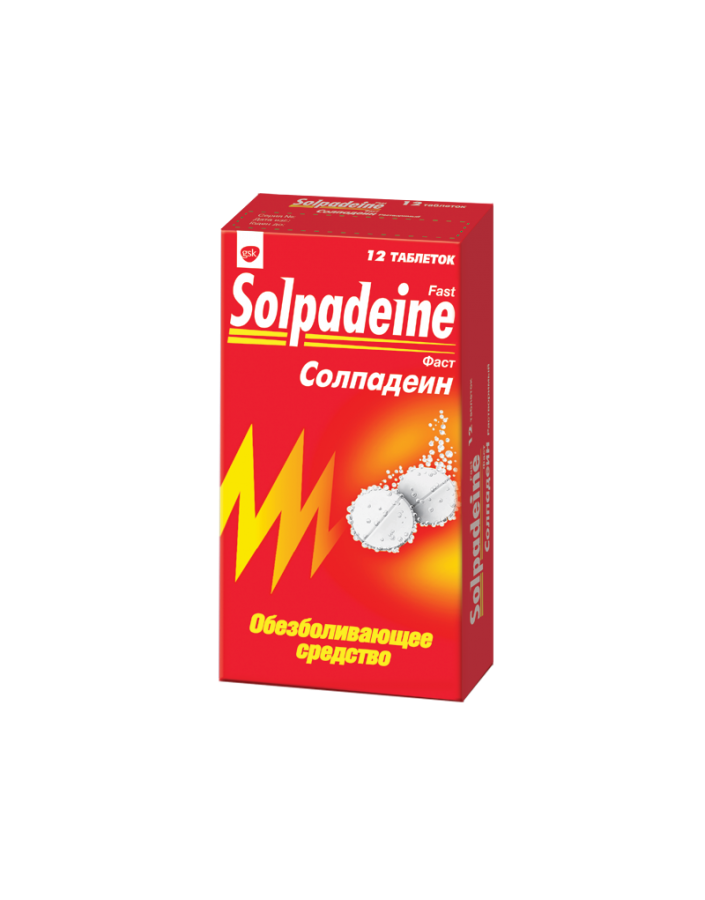 Pharmachologic effect: It has analgesic and antipyretic effects.

Indications: It is used to relieve headache, migraine, toothache, backache, neuralgia, muscle and rheumatic pain, painful menstruation, sore throat. It is also used for the symptomatic treatment of colds and flu, reducing fever.

Contraindications: Severe liver or kidney function; arterial hypertension; glaucoma; sleep disorders; epilepsy; simultaneous use with other paracetamol-containing drugs; children up to 12 years; increased individual sensitivity to the components of the drug. The drug should be used with caution in benign hyperbilirubinemia (including Gilbert's syndrome), viral hepatitis, alcoholic liver damage, deficiency of glucose-6-phosphate dehydrogenase, alcoholism, pregnancy, during lactation.

Side effects: Allergic reactions: rash, itching, angioedema. On the part of the digestive system: diarrhea disorders (including nausea, epigastric pain).On the part of the blood system: rarely - leukopenia, thrombocytopenia, methemoglobinemia, agranulocytosis, hemolytic anemia. Other: sleep disturbance, tachycardia. In recommended doses, the drug is usually well tolerated. With prolonged use in high doses increases the likelihood of hepatotoxic action, nephrotoxic action and pancytopenia.

Interaction: When taken for a long time, the drug enhances the effect of indirect anticoagulants (warfarin and other coumarins), which increases the risk of bleeding. Enhances the effect of MAO inhibitors. Barbiturates, phenytoin, ethanol, rifampicin, phenylbutazone, tricyclic antidepressants and other inducers of microsomal oxidation increase the production of hydroxylated active metabolites, causing the possibility of severe intoxication with small overdose. Inhibitors of microsomal oxidation (cimetidine) reduce the risk of hepatotoxic action. Caffeine accelerates the absorption of ergotamine. The simultaneous intake of Paracetamol and ethanol increases the risk of hepatotoxic effects and acute pancreatitis. Metoclopramide and Domperidone increase, and Kolestiramin reduces the rate of absorption of paracetamol. The drug can reduce the effectiveness of uricosuric drugs.

Dosage and administration: Before ingestion should be dissolved in at least 100 ml (half a cup) of water.Adults (including the elderly) and children over 12 years old are prescribed 1-2 pills 3-4 times a day, if necessary. The interval between doses of at least 4 hours. The maximum single dose - 2 tablets, the maximum daily dose - 8 tab.

Special instructions: The drug is not recommended for more than 5 days when prescribed as an anesthetic and more than 3 days as an antipyretic without the appointment and observation of a doctor. The increase in the daily dose of the drug or the duration of treatment is possible only under the supervision of a physician. While taking the drug is not recommended excessive consumption of tea and coffee, as this can lead to agitation, sleep disturbance, tachycardia, cardiac arrhythmias. In cases of prolonged use in high doses, control of the blood picture is necessary. In order to avoid toxic damage to the liver, patients taking the drug should refrain from alcohol. It is not recommended to prescribe the drug for chronic alcoholism.Patients with atopic asthma and pollinosis have an increased risk of allergic reactions. When conducting tests for the determination of uric acid and blood glucose levels should inform the doctor about taking the drug. The drug should be used with caution in case of fructose intolerance, since the drug contains sorbitol.

Storage conditions: The drug should be kept out of the reach of children at a temperature not higher than 25 C. The shelf life is 4 years.