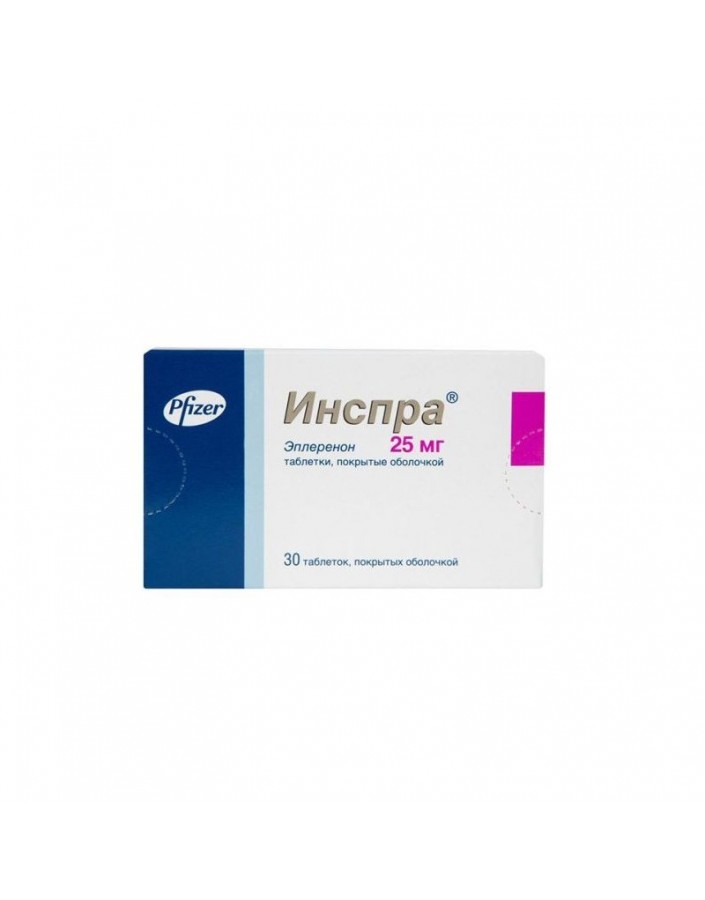 eplerenone is relatively selective for the binding of recombinant human mineralocorticoid receptors compared to the binding of recombinant glucocorticoid, Progesterone and androgen receptors. Eplerenone prevents the binding of the aldosterone, the key hormone of the renin-angiotensin-aldosterone system (RAAS), which is involved in the regulation of blood pressure and the development of cardiovascular diseases.
Eplerenone leads to a prolonged increase in plasma renin and aldosterone, which is associated with the regulation of renin secretion by aldosterone on the principle of negative feedback. However, an increase in plasma renin activity and circulating aldosterone levels does not affect the effect of eplerenone on blood pressure.

Heart failure after myocardial infarction. The drug is used as a component of standard therapy in order to reduce the risk of cardiovascular morbidity and mortality in patients with a stable clinical condition with left ventricular dysfunction (left ventricular ejection fraction ≤40%) and clinical manifestations of heart failure after myocardial infarction.
AH Treatment of hypertension.The drug can be prescribed as a monotherapy, and in combination with other antihypertensive drugs.

Hypersensitivity to eplerenone or to any other component of the drug, hyperkalemia, moderately severe and severe renal failure, severe liver failure, pregnancy and breastfeeding, children's age.

Inspra can be prescribed as monotherapy or in combination with other antihypertensive drugs. The recommended initial dose of the drug - 50 mg 1 time per day. If the decrease in blood pressure is insufficient, the dose can be increased to 100 mg once a day.