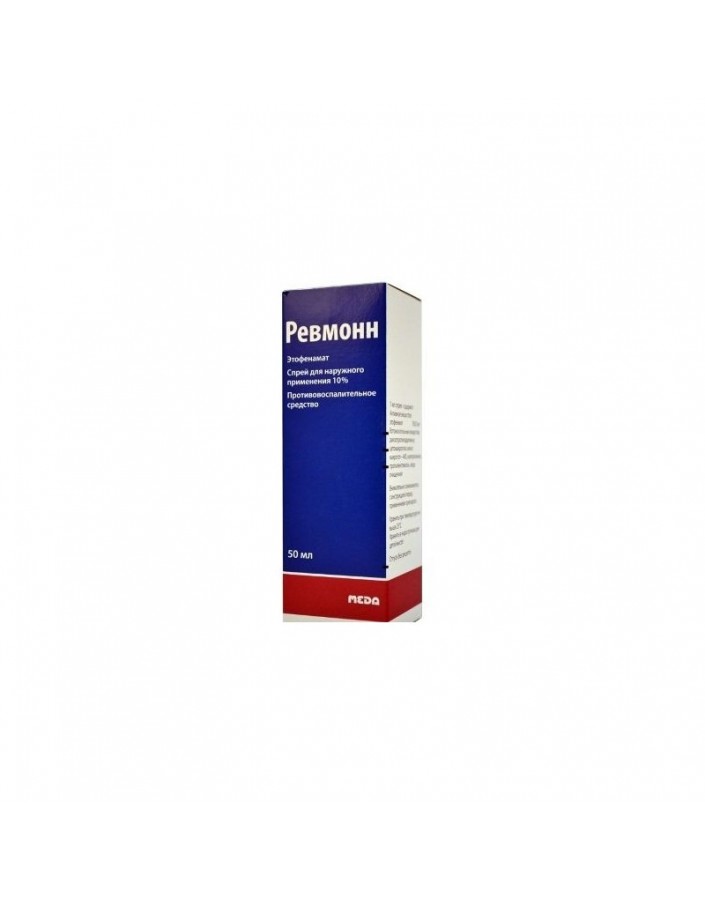 REVMONN SPRAY FOR EXTERNAL USE 10% 50ML

REVMONN SPRAY FOR EXTERNAL USE 10% 50ML

In 1 g of gel for external use contains:

NSAIDs for external use. It has a local anti-inflammatory and analgesic effect.

Drug interaction of the drug is not described.

Currently, no cases of overdose have been reported.

The drug is used one or several times a day by spraying from a distance of 10-20 cm so that the entire affected surface is covered with the drug (foam).

The duration of the course of therapy depends on the severity of the disease.

Avoid contact with the damaged and eczema affected skin.

If an excess amount of the drug is accidentally applied to the skin, it should be immediately washed off.

Nursing mothers for the period of treatment should refuse breastfeeding.