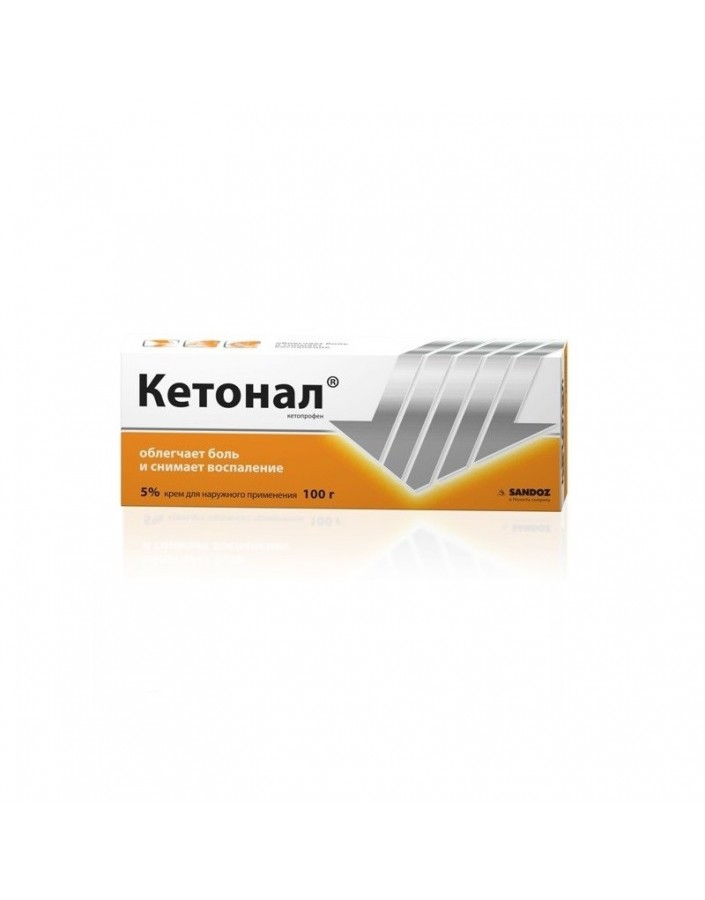 NSAIDs. It has analgesic, anti-inflammatory and anti-edema effect. Inhibits the activity of COX, which leads to inhibition of prostaglandin synthesis. In addition, Ketoprofen inhibits lipoxygenase, the synthesis of bradykinin, stabilizes lysosomal membranes and prevents the release of enzymes involved in the inflammatory process.

Ketoprofen does not adversely affect the state of the articular cartilage.

Ketoprofen is absorbed very slowly and practically does not accumulate in the body. Bioavailability is 5%.

Ketoprofen penetrates into the subcutaneous tissue, ligaments and muscles, synovial fluid and reaches therapeutic concentrations there. The concentration of the drug in the blood plasma is extremely low.

Ketoprofen is metabolized in the liver to form conjugates, which are mainly excreted in the urine. Ketoprofen is characterized by slow urine excretion.

Metabolism of ketoprofen does not depend on age, the presence of severe renal failure or cirrhosis of the liver.

A small amount of cream (about 3-5 cm) with light rubbing movements is applied with a thin layer on the skin over the lesion. The cream is applied 2-3 times / day.

The duration of treatment without consulting a doctor should not exceed 14 days.

Respiratory: very rarely - asthma attacks (as an option for an allergic reaction).

Use of the drug Ketonal® during lactation (breastfeeding) is not recommended.

with caution It should appoint a drug in violation of the liver.

with caution should be prescribed the drug in violation of the kidneys.

Contraindications: children up to 12 years.

Avoid getting the cream in the eyes, on the skin around the eyes, mucous membranes.

If any side effects occur, you should stop using the drug and consult a doctor.

If the patient forgot to apply the cream, it should be used at the time when the next dose should be applied, but not double it.

Ketonal® topical cream can be used in combination with other dosage forms of the drug Ketonal® (capsules, tablets, candles). The total daily dose, regardless of the dosage form, should not exceed 200 mg.

To reduce the risk of photosensitivity, it is recommended to protect the cream-treated areas of the skin with clothing from the effects of UV rays throughout the entire treatment period and for another 2 weeks after discontinuing the use of the gel.

Do not use as occlusive dressings.

Hands should be washed thoroughly after each application.

Data on the negative effects of the drug Ketonal® cream on the ability to drive vehicles and to other potentially dangerous activities that require concentration and speed of psychomotor reactions, no.

Treatment: should stop using the drug. The patient needs to see a doctor.

Since the concentration of the drug in the blood plasma is extremely low, the manifestation of symptoms of interaction with other drugs (similar symptoms with systemic use) are possible only with frequent and prolonged use.

The simultaneous use of other topical forms (ointments, gels) containing ketoprofen or other NSAIDs is not recommended.

Interaction with other drugs and the impact on their elimination are not significant.

Patients taking coumarin-containing anticoagulants are advised to carry out treatment under the supervision of a physician.