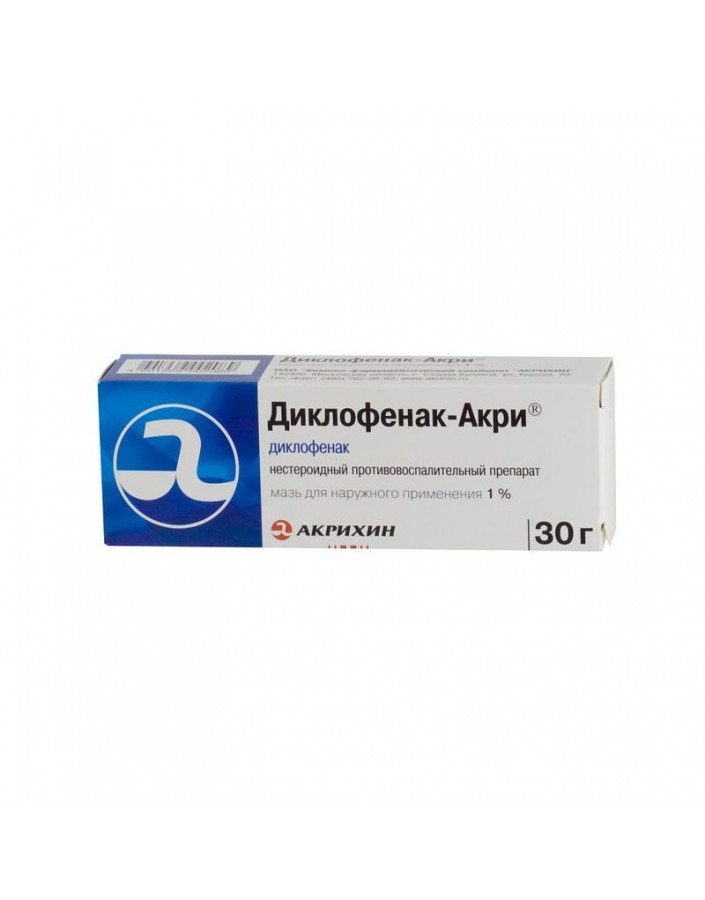 Known hypersensitivity to diclofenac, Dimexid and components of the drug; bronchial asthma, urticaria or rhinitis, triggered by the use of Acetylsalicylic acid (salicylates) or other NSAIDs; peptic ulcer and 12 duodenal ulcer in the acute phase; pregnancy and breastfeeding; at children's age till 6 years.

At the site of application of the ointment, a skin rash, burning, redness are possible. With prolonged external use of the drug may develop systemic side effects of the digestive system, central nervous system, respiratory system, as well as allergic reactions.

One should avoid getting Diclofenac ointment (gel) on the damaged surface of the skin, open wounds, eyes and mucous membranes.
The use of Diclofenac in the form of an ointment is possible only on prescription in the following cases: a history of gastric ulcer and duodenal ulcer; abnormal liver and kidney function; severe violations of the hematopoietic system; bronchial asthma, rhinitis, polyps of the nasal mucosa; allergic reactions in history.
Do not use Diclofenac ointment in children under 12 years of age without consulting a doctor.

Store in a dry place at a temperature of 8 to 15 ° C. Freezing is not allowed.