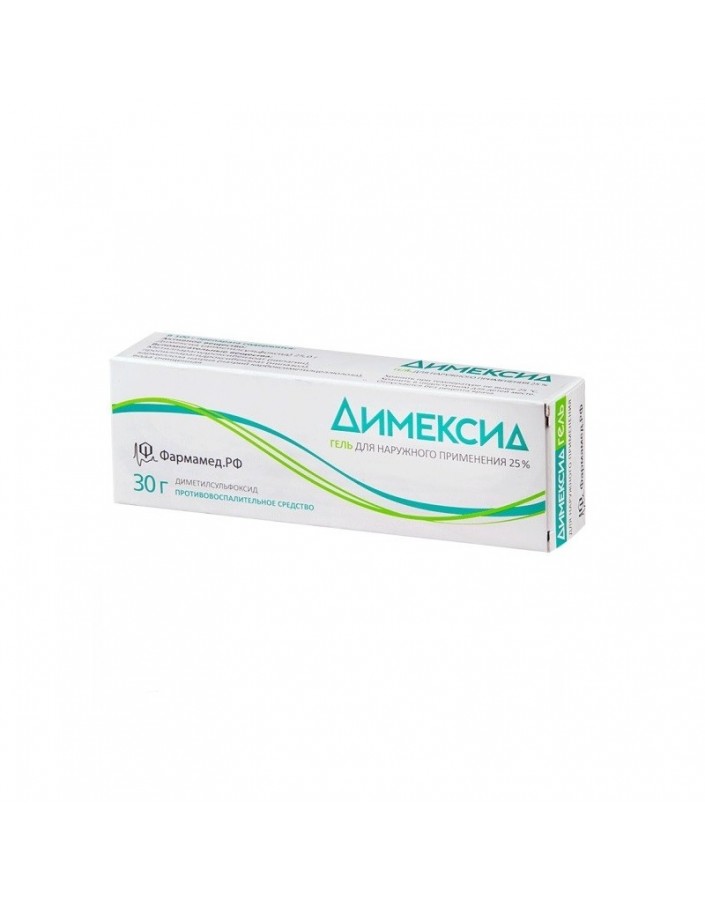 - for the treatment of bruises, ligament damage, traumatic infiltrates;

- in the treatment of erythema nodosum.

the drug is applied in a thin layer on the affected area 1-2 times / day. Duration of treatment is 10-14 days. Repeated courses may be held not less than 10 days.

Some patients perceive the smell of the drug badly (nausea, retching), in rare cases bronchospasm is possible.

with caution Dimexid should be prescribed simultaneously with other drugs, due to the fact that it can enhance not only the activity, but also the toxicity of certain drugs.

The drug is contraindicated during pregnancy and lactation.

It is contraindicated in children under 12 years old.

Given the possibility of individual intolerance to the drug, it is recommended to carry out a drug test for tolerance to it. To do this, a thin layer of gel is applied to the skin of the elbow bend. The appearance of a sharp redness and itching indicates increased sensitivity to Dimexid.

If an allergic reaction occurs during drug treatment, the drug is discontinued, histamine H blockers are prescribed.1-receptors.

Increases the sensitivity of microorganisms to aminoglycoside and beta-lactam antibiotics, chloramphenicol, rifampicin, Griseofulvin.