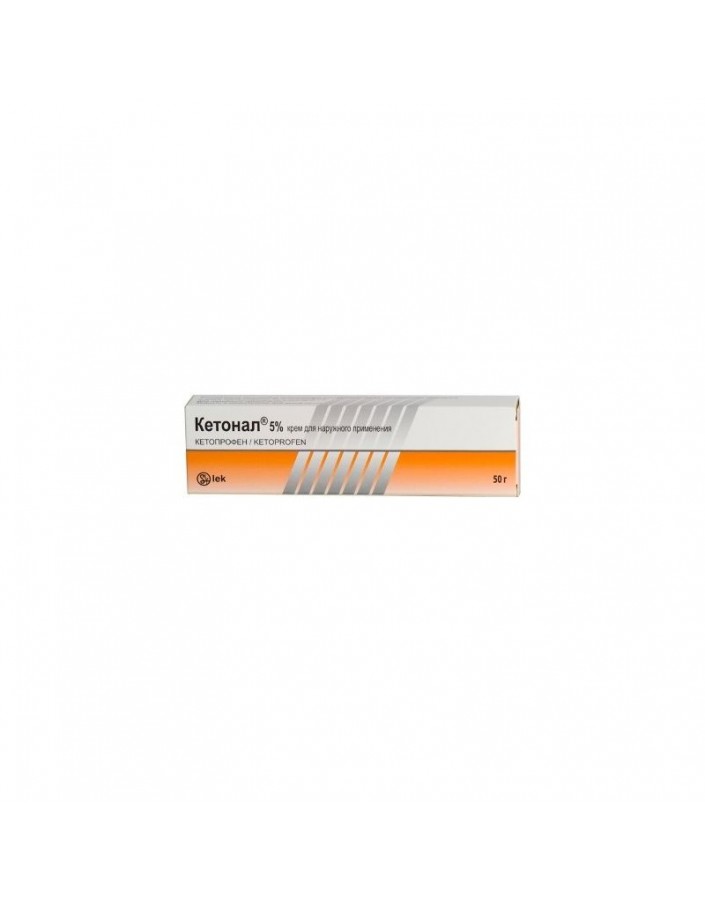 PVA, a derivative of propionic acid. It has an analgesic, anti-inflammatory and antipyretic effect. The mechanism of action is associated with inhibition of prostaglandin synthesis at the level of cyclooxygenase. In addition, Ketoprofen inhibits lipoxygenase, has anti-bradykinin activity, stabilizes lysosomal membranes.

Ketoprofen does not adversely affect the state of the articular cartilage.

- skin damage or skin disease at the site of application of the drug (eczema, oozing dermatitis, open or infected wound);

- hypersensitivity to ketoprofen, Acetylsalicylic acid or other NSAIDs;

- indications of a history of bronchospasm, urticaria and rhinitis caused by taking NSAIDs and salicylates.

With caution should be prescribed the drug in violation of the liver and / or kidneys, erosive and ulcerative lesions of the gastrointestinal tract, blood diseases, bronchial asthma, chronic heart failure.

Ketonal should not be used during lactation (breastfeeding).

A small amount of cream (3-5 cm) is applied with a thin layer on the skin above the lesion 2-3 times / day, slightly rubbing. Duration of treatment - 14 days or more (after consulting a doctor).

When using Ketonal, avoid contact with the mucous membranes and eyes.

If side effects occur, discontinue use of the drug.

During therapy, direct sunlight and ultraviolet radiation should be avoided.

The cream can be used in combination with other forms of the drug Ketonal (capsules, tablets, suppositories). The total dose, regardless of the medicinal dose should not exceed 300 mg.

If the patient has forgotten to apply the cream, he should use it at the time when it is necessary to apply the next dose, but not double it.

Influence on ability to drive motor vehicles and control mechanisms: no data.

The simultaneous use of other topical forms (ointments, gels) containing ketoprofen or other NSAIDs is not recommended.

Interactions with other drugs and the effect on their elimination are not significant.

Treatment: it is necessary to cancel the drug. Symptomatic therapy is performed.