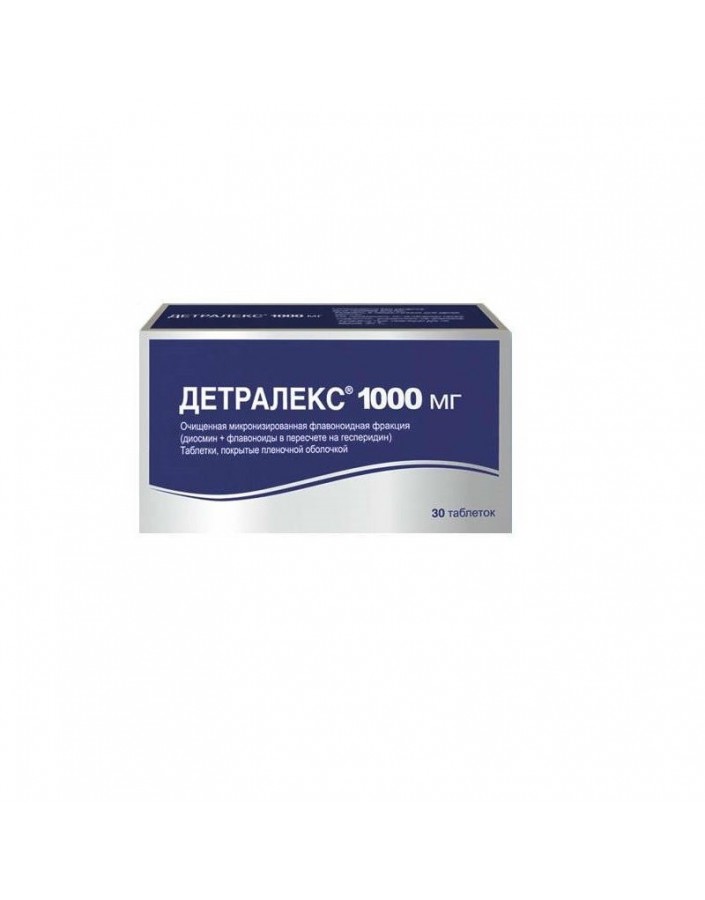 Side effects of the drug Detralex ®,observed during clinical studies were mild. Disturbances from a gastrointestinal tract (diarrhea, dyspepsia, nausea, vomiting) were mainly noted.

From the side of the central nervous system: rarely - dizziness, headache, general malaise.

The patient should be informed that if any appears during the therapy, including Not mentioned in the instructions, adverse reactions and sensations, as well as changes in laboratory parameters, should be reported to the doctor.

- Hypersensitivity to the active ingredients or excipients that make up the drug.

The use of the drug is not recommended for lactating women.

To date, there have been no reports of adverse effects in the use of the drug in pregnant women.

Due to the lack of data regarding the release of the drug in breast milk, nursing women are not recommended to take the drug.

Reproductive toxicity studies showed no effect on reproductive function in rats of both sexes.

Before starting the use of the drug Detralex® the patient is advised to consult a doctor.

In the presence of disorders of the venous circulation, the maximum effect of treatment is provided by a combination of therapy with a healthy (balanced) lifestyle: it is advisable to avoid long exposure to the sun, prolonged standing, and it is recommended to reduce overweight. Walking and, in some cases, wearing special stockings helps to improve blood circulation.

The patient should immediately consult a doctor if the condition worsened or there was no improvement in the treatment process.

The drug does not affect the ability to drive vehicles and perform work that requires a high speed of mental and physical reactions.

In case of overdose, the patient should immediately seek medical attention.

The attending physician should be informed about all medications taken by the patient.

The drug should be stored out of reach of children at a temperature not exceeding 30 ° C. Special storage conditions are not required. Shelf life - 3 years.

Do not use after the expiration date printed on the package.