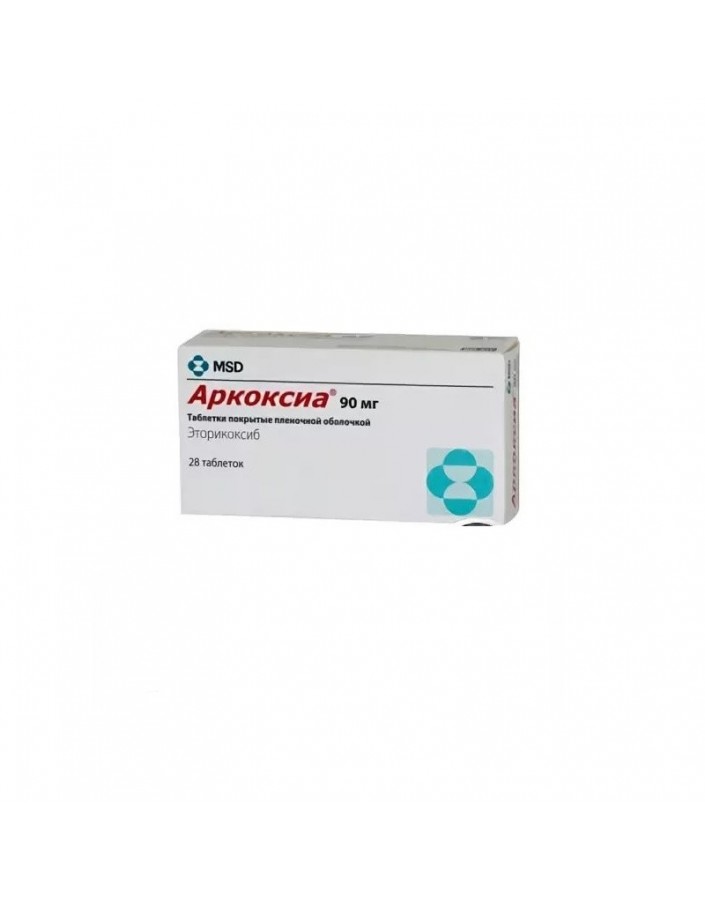 Symptomatic therapy of the following diseases and conditions:

Arcoxia pills are taken by mouth, regardless of the meal, with a small amount of water.

The duration of use of the drug in a dose of 120 mg is not more than 8 days. The minimum effective dose should be used with the shortest possible short course.

The average therapeutic dose for pain syndrome is 60 mg once.

Other: often - flu-like syndrome; sometimes - pain in the chest.

Carefully use the drug in the presence of anamnestic data on the development of ulcerative lesions of the gastrointestinal tract, Helicobacter pylori infection,in elderly people, in patients who have used NSAIDs for a long time, who often drink alcohol, in severe somatic diseases, dyslipidemia / hyperlipidemia, in diabetes mellitus, hypertension, edema and fluid retention, in patients with QA less than 60 ml / min, in concomitant therapy with the following drugs: anticoagulants (for example, warfarin), antiplatelet agents (for example, acetylsalicylic acid, clopidogrel), GCS (for example, prednisolone), selective reuptake inhibitors that serotonin (eg, citalopram, Fluoxetine, paroxetine, sertraline). In patients with hepatic insufficiency (5–9 points on the Child-Pugh scale), it is recommended not to exceed a daily dose of 60 mg.

Taking Arcoxia requires careful monitoring of blood pressure. All patients in the appointment of the drug should be monitoring blood pressure during the first two weeks of treatment and periodically thereafter.

You should also regularly monitor indicators of liver and kidney function.

In case of an increase in the level of hepatic transaminases by 3 times or more relative to VGN, the drug should be canceled.

Given the increased risk of adverse effects with increasing duration of administration, it is necessary to periodically assess the need to continue taking the drug and the possibility of reducing the dose.

The shell of the drug Arcoxia contains lactose in small quantities, which should be considered when prescribing the drug to patients with lactase deficiency.

Keep out of the reach of children at a temperature not exceeding 30 ° C.