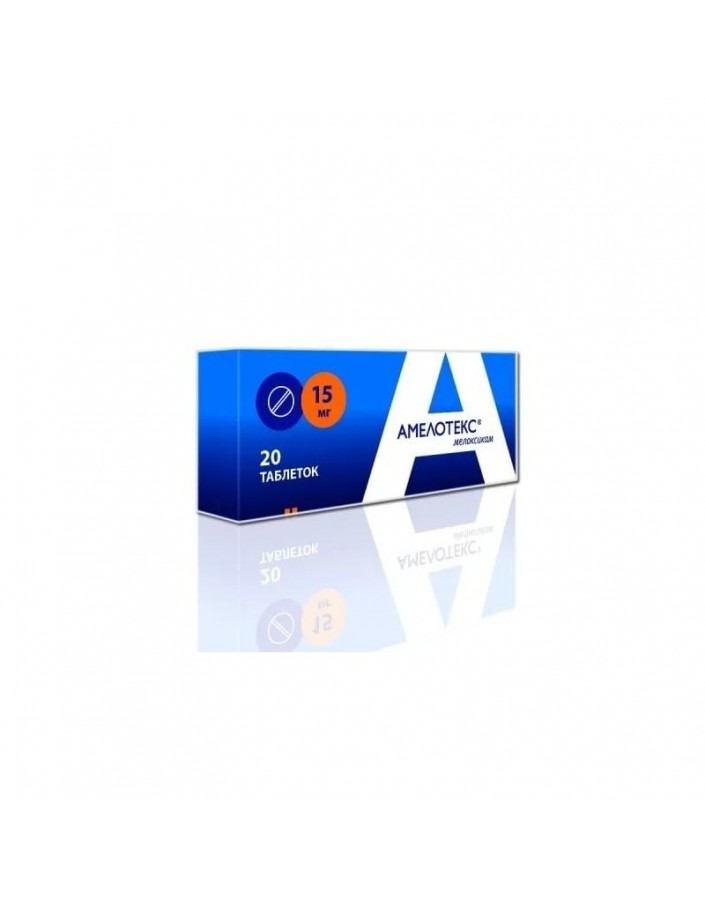 Amelotex is a nonsteroidal anti-inflammatory drug that has anti-inflammatory, antipyretic, analgesic effects.
Selectively inhibits the enzymatic activity of cyclooxygenase-2. Inhibits prostaglandin synthesis in the area of ​​inflammation to a greater extent than in the gastric mucosa or kidneys. Rarely causes erosive and ulcerative lesions of the gastrointestinal tract.
Belongs to the class of oxycams; an enolic acid derivative.

Amelotex is administered intramuscularly, deeply - 7.5 - 15 mg 1 time per day.
With a slight or moderate decrease in renal function (creatinine clearance more than 25 ml / min), as well as with liver cirrhosis in a stable clinical state, dose adjustment is not required. The initial dose in patients with an increased risk of side effects is 7.5 mg / day.
The maximum daily dose is 15 mg, and in patients with severe renal failure on hemodialysis, it is 7.5 mg.

In the event of peptic ulcers or gastrointestinal bleeding, the development of side effects from the skin and mucous membranes of the drug should be canceled. In patients with reduced circulating blood volume and reduced glomerular filtration (dehydration, chronic heart failure, surgery), clinically severe chronic renal failure may occur, which is completely reversible after discontinuation of the drug (in these patients, daily diuresis and kidney function should be monitored at the beginning of treatment). With a persistent and significant increase in transaminases and changes in other indicators of liver function, the drug should be canceled and control tests should be conducted. In patients with an increased risk of side effects, treatment begins with a dose of 7.5 mg. In the terminal stage of chronic renal failure in patients on dialysis, the dose should not exceed 7.5 mg / day. During the period of treatment, care must be taken when driving vehicles and engaging in other potentially hazardous activities that require increased concentration and psychomotor speed (with the appearance of dizziness and drowsiness).

In the dark place at a temperature of from 8 to 25 ° C. Do not store in the refrigerator.
Shelf life - 2 years.