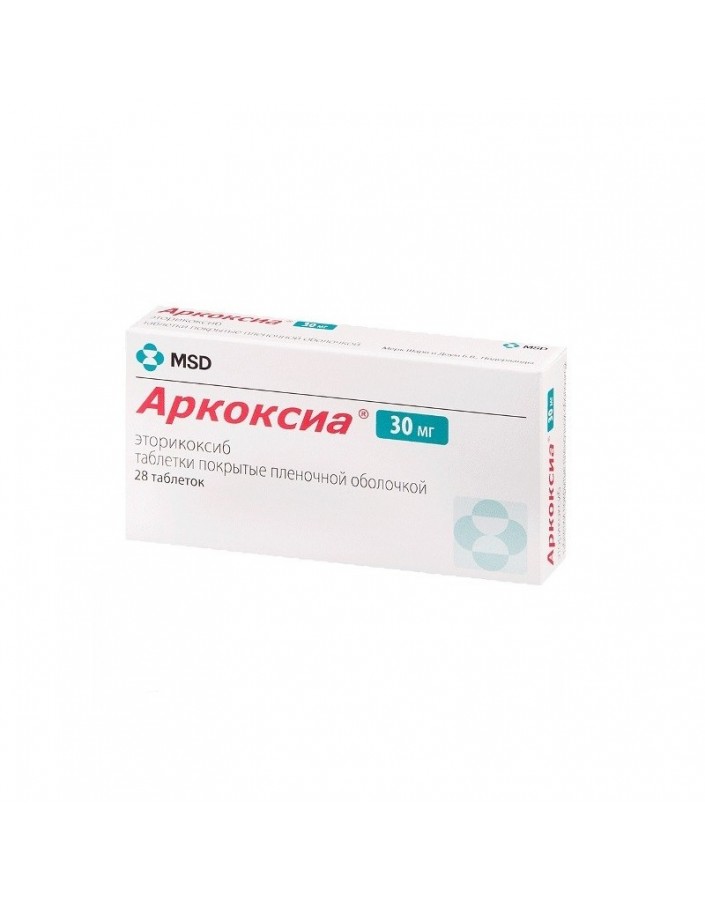 Etoricoxib, when administered orally at therapeutic concentrations, is a selective inhibitor of cyclooxygenase-2 (COX-2). In clinical pharmacological studies, etoricoxib inhibited dose-dependent COX-2 without affecting COX-1 with a daily dose of up to 150 mg. The drug does not inhibit the synthesis of prostaglandins in the gastric mucosa and does not affect the function of platelets.

Cyclo-oxygenase is responsible for the formation of prostaglandins. Two cyclo-oxygenase isoforms, COX-1 and COX-2, were isolated. COX-2 is an isoenzyme that is induced by various pro-inflammatory mediators and is regarded as the main enzyme responsible for the synthesis of prostanoid mediators of pain, inflammation and fever. COX-2 is involved in the processes of ovulation, implantation and closure of the arterial duct, regulation of kidney function and the central nervous system (induction of fever, pain, cognitive function), and may also play a role in the healing process of ulcers. COX-2 was found in the tissues surrounding stomach ulcers in humans, but its significance for ulcer healing has not been established.

In patients with rheumatoid arthritis (RA), etoricoxib when administered at a dose of 90 mg 1 time / day provided a significant reduction in pain and inflammation and an improvement in mobility. These beneficial effects persisted over a 12-week treatment period.

In patients with acute gouty arthritis, etoricoxib when administered at a dose of 120 mg 1 time / day during the entire treatment period of 8 days reduced moderate and severe joint pain and inflammation. Efficacy was comparable to that of Indomethacin when it was applied in a dose of 50 mg 3 times / day. A decrease in pain was noted already 4 hours after the start of treatment.

In patients with ankylosing spondylitis, etoricoxib when used at a dose of 90 mg 1 time / day provided a significant reduction in back pain, inflammation, stiffness, as well as improved functions. The clinical efficacy of etoricoxib was observed on the second day of treatment and was maintained for the entire period of treatment with a duration of 52 weeks.

The MEDAL program was a prospective safety assessment program based on cardiovascular (CC) events from the combined data from three randomized, double-blind, actively-controlled studies: MEDAL, EDGE II and EDGE.

The MEDAL study was a study whose duration was determined by reaching the end points (SS of events), which included 17804 patients with OA and 5700 patients with RA who received Etoricoxib at a dose of 60 mg (OA) or 90 mg (OA and RA) or diclofenac at a dose of 150 mg / day on average for 20.3 months (maximum 42.3 months, median 21.3 months).In this study, only serious adverse events and dropouts from the study due to any adverse events were recorded.

In the joint MEDAL program, 34 701 patients with OA or RA received treatment on average for 17.9 months (maximum 42.3 months, median 16.3 months), about 12,800 patients received treatment for more than 24 months. At the initial assessment, a wide range of SS and gastrointestinal risk factors were recorded for the patients included in the MEDAL program. Patients with recent myocardial infarction, as well as coronary artery bypass surgery or percutaneous coronary intervention for 6 months before being included in the study, were excluded. Gastroprotectors and low doses of Aspirin were allowed in the studies.

1 The number of occurrences per 100 patient-years; CI = confidence interval; N = total number of patients included in the population of patients who fulfilled the protocol requirements.

If the protocol requirements are met, all phenomena that developed on the background of the studied therapy or within 14 days from the moment of its termination (excluded patients who received <75% of the studied drug, and patients who did not take NSAIDs> 10% of the time).

Depending on the prescribed treatment, all confirmed phenomena that developed before the end of the study (included patients who may have undergone non-included interventions after discontinuing the study drug). The total number of randomized patients is n = 17 412 for etoricoxib and n = 17 289 for diclofenac.

SS mortality and total mortality were comparable between the treatment groups of Etoricoxib and Diclofenac.

Outcomes of the GAL safety evaluation in the MEDAL program

The frequency of confirmed adverse events from the upper GI tract in elderly patients was studied; The maximum decrease in frequency was observed in patients aged ≥75 years - 1.35 (95% CI 0.94, 1.87) compared with 2.78 (95% CI 2.14, 3.56) events per 100 patient-years for Etoricoxib and Diclofenac, respectively. The frequency of confirmed adverse events on the part of the lower GI tract (perforation of the small or large intestine, obstruction or bleeding) did not significantly differ between the groups treated with etoricoxib and diclofenac.

Results of a liver safety assessment in the MEDAL Program

In clinical studies, with the exception of the MEDAL program, approximately 3,100 patients received etoricoxib at a dose of ≥60 mg / day for 12 weeks or longer. There were no noticeable differences in the frequency of confirmed serious thrombotic SS events in patients who received etoricoxib at a dose of ≥60 mg, placebo or NSAIDs that do not contain Naproxen. However, in comparison with patients receiving naproxen at a dose of 500 mg 2 times / day, the frequency of these events was higher in patients treated with etoricoxib. The difference in antiplatelet activity between some NSAIDs inhibiting COX-1 and selective COX-2 inhibitors may be of clinical importance in patients at risk of developing thromboembolic events. Selective COX-2 inhibitors inhibit the formation of systemic (and, possibly, endothelial) prostacyclin, without affecting platelet thromboxane. The clinical significance of these observations has not been established.

In two double-blind endoscopic studies with a duration of 12 weeks, the cumulative incidence of gastroduodenal ulcers was significantly lower in patients who received etoricoxib 120 mg 1 time / day than patients who received naproxen 500 mg 2 times / day or ibuprofen 800 mg 3 times / day. The incidence of ulcers in the administration of etoricoxib was higher compared with placebo.