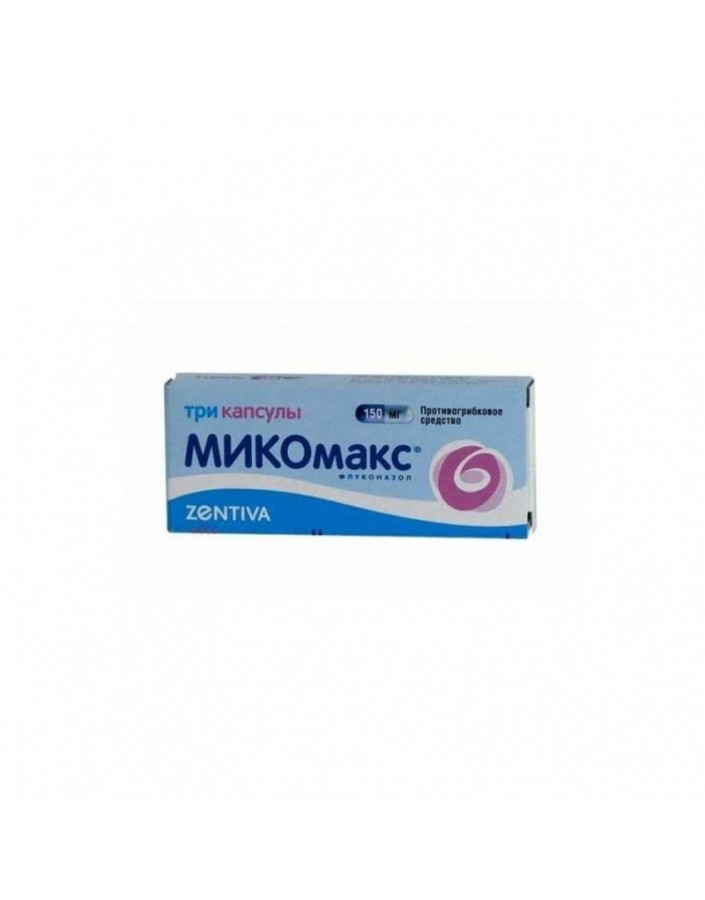 Mycomax is an antifungal drug of the triazole group. Selective inhibitor of sterol synthesis in fungal cell membranes.

Treatment and prevention of diseases caused by fluconazole-sensitive fungi:

Increased sensitivity to the components of the drug; pregnancy; lactation period; simultaneous administration of astemizole, terfenadine, cisapride; children's age up to 3 years (for capsules).

WITH caution the drug should be used in patients with hepatic and / or renal failure, simultaneously with potentially hepatotoxic drugs, in patients with alcoholism; in children under the age of 6 months (for the drug in the form of syrup).

Capsules Mikomaks intended for use in adults and children over the age of 3 years. Capsules should be swallowed whole regardless of the time of eating, drinking plenty of liquids.

In rare cases, the use of Mikomax was accompanied by a toxic effect on the liver, including and fatal, mainly in patients with serious concomitant diseases. During treatment, it is necessary to monitor the function of the liver. If there are signs of liver damage that may be associated with taking fluconazole, the drug should be discontinued.

Keep out of reach of children, dry, protected from light, at a temperature of from 10 to 25 ° C.